Whatever Trump Is Hiding Is Hurting All of Us Now 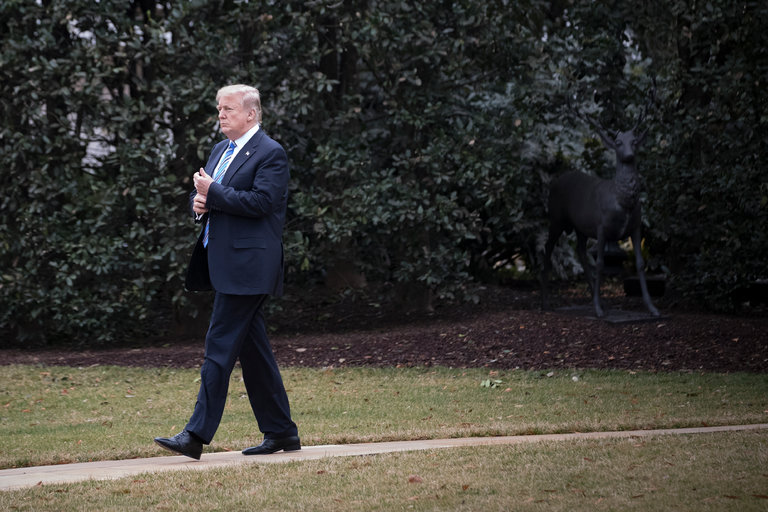 Our democracy is in serious danger.

President Trump is either totally compromised by the Russians or is a towering fool, or both, but either way he has shown himself unwilling or unable to defend America against a Russian campaign to divide and undermine our democracy.

That is, either Trump’s real estate empire has taken large amounts of money from shady oligarchs linked to the Kremlin — so much that they literally own him; or rumors are true that he engaged in sexual misbehavior while he was in Moscow running the Miss Universe contest, which Russian intelligence has on tape and he doesn’t want released; or Trump actually believes Russian President Vladimir Putin when he says he is innocent of intervening in our elections — over the explicit findings of Trump’s own C.I.A., N.S.A. and F.B.I. chiefs.

In sum, Trump is either hiding something so threatening to himself, or he’s criminally incompetent to be commander in chief. It is impossible yet to say which explanation for his behavior is true, but it seems highly likely that one of these scenarios explains Trump’s refusal to respond to Russia’s direct attack on our system — a quiescence that is simply unprecedented for any U.S. president in history. Russia is not our friend. It has acted in a hostile manner. And Trump keeps ignoring it all.

Up to now, Trump has been flouting the norms of the presidency. Now Trump’s behavior amounts to a refusal to carry out his oath of office — to protect and defend the Constitution. Here’s an imperfect but close analogy: It’s as if George W. Bush had said after 9/11: “No big deal. I am going golfing over the weekend in Florida and blogging about how it’s all the Democrats’ fault — no need to hold a National Security Council meeting.”

At a time when the special prosecutor Robert Mueller — leveraging several years of intelligence gathering by the F.B.I., C.I.A. and N.S.A. — has brought indictments against 13 Russian nationals and three Russian groups — all linked in some way to the Kremlin — for interfering with the 2016 U.S. elections, America needs a president who will lead our nation’s defense against this attack on the integrity of our electoral democracy.

What would that look like? He would educate the public on the scale of the problem; he would bring together all the stakeholders — state and local election authorities, the federal government, both parties and all the owners of social networks that the Russians used to carry out their interference — to mount an effective defense; and he would bring together our intelligence and military experts to mount an effective offense against Putin — the best defense of all.

What we have instead is a president vulgarly tweeting that the Russians are “laughing their asses off in Moscow” for how we’ve been investigating their interventions — and exploiting the terrible school shooting in Florida — and the failure of the F.B.I. to properly forward to its Miami field office a tip on the killer — to throw the entire F.B.I. under the bus and create a new excuse to shut down the Mueller investigation.

Think for a moment how demented was Trump’s Saturday night tweet: “Very sad that the FBI missed all of the many signals sent out by the Florida school shooter. This is not acceptable. They are spending too much time trying to prove Russian collusion with the Trump campaign — there is no collusion. Get back to the basics and make us all proud!”

To the contrary. Our F.B.I., C.I.A. and N.S.A., working with the special counsel, have done us amazingly proud. They’ve uncovered a Russian program to divide Americans and tilt our last election toward Trump — i.e., to undermine the very core of our democracy — and Trump is telling them to get back to important things like tracking would-be school shooters. Yes, the F.B.I. made a mistake in Florida. But it acted heroically on Russia. What is more basic than protecting American democracy?

It is so obvious what Trump is up to: Again, he is either a total sucker for Putin or, more likely, he is hiding something that he knows the Russians have on him, and he knows that the longer Mueller’s investigation goes on, the more likely he will be to find and expose it.

Donald, if you are so innocent, why do you go to such extraordinary lengths to try to shut Mueller down? And if you are really the president — not still head of the Trump Organization, who moonlights as president, which is how you so often behave — why don’t you actually lead — lead not only a proper cyberdefense of our elections, but also an offense against Putin.

Putin used cyberwarfare to poison American politics, to spread fake news, to help elect a chaos candidate, all in order to weaken our democracy. We should be using our cyber-capabilities to spread the truth about Putin —just how much money he has stolen, just how many lies he has spread, just how many rivals he has jailed or made disappear — all to weaken his autocracy. That is what a real president would be doing right now.

My guess is what Trump is hiding has to do with money. It’s something about his financial ties to business elites tied to the Kremlin. They may own a big stake in him. Who can forget that quote from his son Donald Trump Jr. from back in 2008: “Russians make up a pretty disproportionate cross section of a lot of our assets.” They may own our president.

But whatever it is, Trump is either trying so hard to hide it or is so naïve about Russia that he is ready to not only resist mounting a proper defense of our democracy, he’s actually ready to undermine some of our most important institutions, the F.B.I. and Justice Department, to keep his compromised status hidden.

That must not be tolerated. This is code red. The biggest threat to the integrity of our democracy today is in the Oval Office.