They weren’t the first victims of a mass shooting the Florida radiologist had seen—but their wounds were radically different. 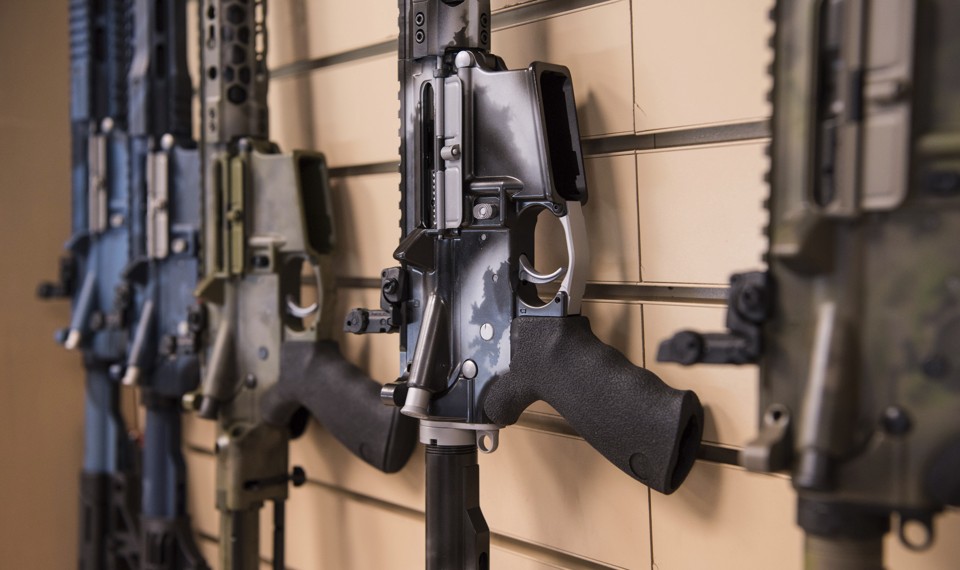 As I opened the CT scan last week to read the next case, I was baffled. The history simply read “gunshot wound.” I have been a radiologist in one of the busiest trauma centers in the nation for 13 years, and have diagnosed thousands of handgun injuries to the brain, lung, liver, spleen, bowel, and other vital organs. I thought that I knew all that I needed to know about gunshot wounds, but the specific pattern of injury on my computer screen was one that I had seen only once before.

In a typical handgun injury that I diagnose almost daily, a bullet leaves a laceration through an organ like the liver. To a radiologist, it appears as a linear, thin, grey bullet track through the organ. There may be bleeding and some bullet fragments.

I was looking at a CT scan of one of the victims of the shooting at Marjory Stoneman Douglas High School, who had been brought to the trauma center during my call shift. The organ looked like an overripe melon smashed by a sledgehammer, with extensive bleeding. How could a gunshot wound have caused this much damage?

The reaction in the emergency room was the same. One of the trauma surgeons opened a young victim in the operating room, and found only shreds of the organ that had been hit by a bullet from an AR-15, a semi-automatic rifle which delivers a devastatingly lethal, high-velocity bullet to the victim. There was nothing left to repair, and utterly, devastatingly, nothing that could be done to fix the problem. The injury was fatal.

A year ago, when a gunman opened fire at the Fort Lauderdale airport with a 9mm semiautomatic handgun, hitting 11 people in 90 seconds, I was also on call. It was not until I had diagnosed the third of the six victims who were transported to the trauma center that I realized something out-of-the-ordinary must have happened. The gunshot wounds were the same low velocity handgun injuries as those I diagnose every day; only their rapid succession set them apart. And all six of the victims who arrived at the hospital that day survived. 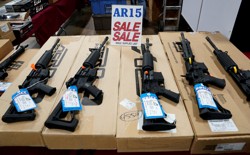 Where Gun-Control Advocates Could Win in 2018

Routine handgun injuries leave entry and exit wounds and linear tracks through the victim’s body that are roughly the size of the bullet. If the bullet does not directly hit something crucial like the heart or the aorta, and they do not bleed to death before being transported to our care at a trauma center, chances are, we can save the victim. The bullets fired by an AR-15 are different; they travel at higher velocity and are far more lethal. The damage they cause is a function of the energy they impart as they pass through the body. A typical AR-15 bullet leaves the barrel traveling almost three times faster than, and imparting more than three times the energy of, a typical 9mm bullet from a handgun. An AR-15 rifle outfitted with a magazine cartridge with 50 rounds allows many more lethal bullets to be delivered quickly without reloading.

I have seen a handful of AR-15 injuries in my career. I saw one from a man shot in the back by a SWAT team years ago. The injury along the path of the bullet from an AR-15 is vastly different from a low-velocity handgun injury. The bullet from an AR-15 passes through the body like a cigarette boat travelling at maximum speed through a tiny canal. The tissue next to the bullet is elastic—moving away from the bullet like waves of water displaced by the boat—and then returns and settles back. This process is called cavitation; it leaves the displaced tissue damaged or killed. The high-velocity bullet causes a swath of tissue damage that extends several inches from its path. It does not have to actually hit an artery to damage it and cause catastrophic bleeding. Exit wounds can be the size of an orange.

With an AR-15, the shooter does not have to be particularly accurate. The victim does not have to be unlucky. If a victim takes a direct hit to the liver from an AR-15, the damage is far graver than that of a simple handgun shot injury. Handgun injuries to the liver are generally survivable unless the bullet hits the main blood supply to the liver. An AR-15 bullet wound to the middle of the liver would cause so much bleeding that the patient would likely never make it to a trauma center to receive our care.

One of my ER colleagues was waiting nervously for his own children outside the school. While the shooting was still in progress, the first responders were gathering up victims whenever they could and carrying them outside the building. Even as a physician trained in trauma situations, though, there was nothing he could do at the scene to help to save the victims who had been shot with an AR-15. Most of them died on the spot, with no fighting chance at life.

As a doctor, I feel I have a duty to inform the public of what I have learned as I have observed these wounds and cared for these patients. It’s clear to me that AR-15 or other high-velocity weapons, especially when outfitted with a high-capacity magazine, have no place in a civilian’s gun cabinet. I have friends who own AR-15 rifles; they enjoy shooting them at target practice for sport, and fervently defend their right to own them. But I cannot accept that their right to enjoy their hobby supersedes my right to send my own children to school, to a movie theater, or to a concert and to know that they are safe. Can the answer really be to subject our school children to active shooter drills—to learn to hide under desks, turn off the lights, lock the door and be silent—instead of addressing the root cause of the problem and passing legislation to take AR-15-style weapons out of the hands of civilians?

But in the aftermath of this shooting, in the face of specific questioning, our government leaders did not want to discuss gun control even when asked directly about these issues. Florida Senator Marco Rubio warned not to “jump to conclusions that there’s some law we could have passed that could have prevented it.” A reporter asked House Speaker Paul Ryan about gun control, and he replied, “As you know, mental health is often a big problem underlying these tragedies.” And on Tuesday, Florida’s state legislature voted against considering a ban on AR-15-type rifles, 71 to 36.

If politicians want to back comprehensive mental-health reform, I am all for it. As a medical doctor, I’ve witnessed firsthand the toll that mental-health issues take on families and the individuals themselves who have no access to satisfactory long-term mental-health care. But the president and Congress should not use this issue as an excuse to deliberately overlook the fact that the use of AR-15 rifles is the common denominator in many mass shootings.

A medical professor taught me about the dangers of drawing incorrect conclusions from data with the example of gum chewing, smokers, and lung cancer. He said smokers may be more likely to chew gum to cover bad breath, but that one cannot look at the data and decide that gum chewing causes lung cancer. It is the same type of erroneous logic that focuses on mental health after mass shootings, when banning the sale of semi-automatic rifles would be a far more effective means of preventing them.

Banning the AR-15 should not be a partisan issue. While there may be no consensus on many questions of gun control, there seems to be broad support for removing high-velocity, lethal weaponry and high-capacity magazines from the market, which would drastically reduce the incidence of mass murders. Every constitutionally guaranteed right that we are blessed to enjoy comes with responsibilities. Even our right to free speech is not limitless. Second Amendment gun rights must respect the same boundaries.

The CDC is the appropriate agency to review the potential impact of banning AR-15 style rifles and high-capacity magazines on the incidence of mass shootings. The agency was effectively barred from studying gun violence as a public-health issue in 1996 by a statutory provision known as the Dickey amendment. This provision needs to be repealed so that the CDC can study this issue and make sensible gun-policy recommendations to Congress.

The Federal Assault Weapons Ban (AWB) of 1994 included language which prohibited semi-automatic rifles like the AR-15, and also large-capacity magazines with the ability to hold more than 10 rounds. The ban was allowed to expire after 10 years on September 13, 2004. The mass murders that followed the ban’s lapse make clear that it must be reinstated.

On Wednesday night, Rubio said at a town-hall event hosted by CNN that it is impossible to create effective gun regulations because there are too many “loopholes” and that a “plastic grip” can make the difference between a gun that is legal and illegal. But if we can see the different impacts of high- and low-velocity rounds clinically, then the government can also draw such distinctions.

As a radiologist, I have now seen high velocity AR-15 gunshot wounds firsthand, an experience that most radiologists in our country will never have. I pray that these are the last such wounds I have to see, and that AR-15-style weapons and high-capacity magazines are banned for use by civilians in the United States, once and for all.