Unions Did Great Things for the Working Class

Strengthening them could blunt inequality and wage stagnation. 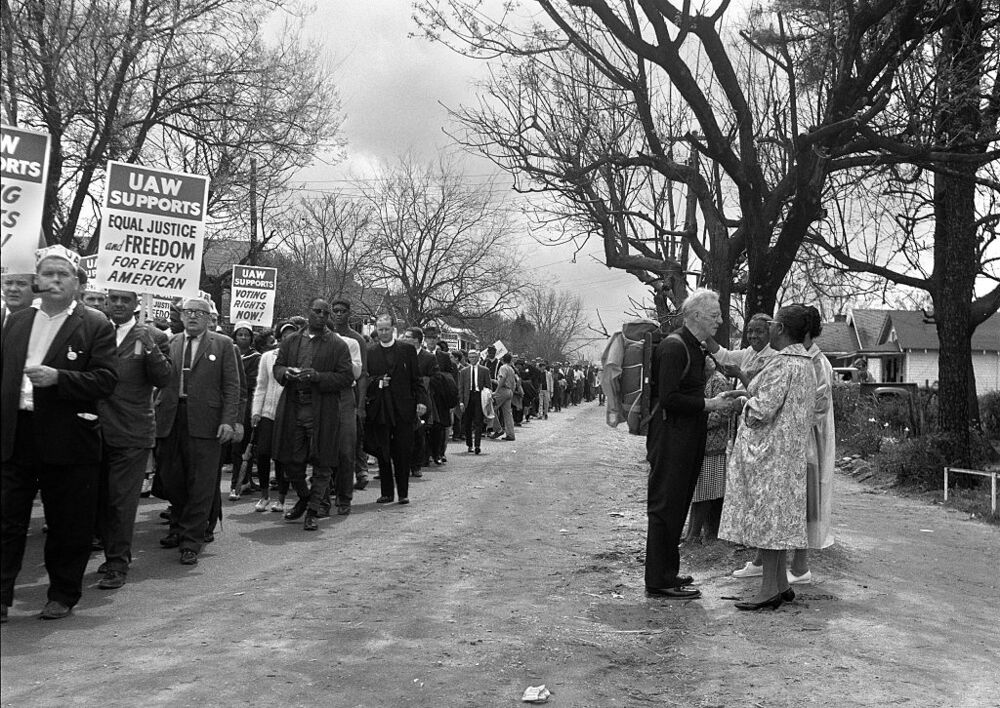 On the right side. Photographer: Stephen F. Somerstein/Archive Photos/Getty Images

Politically and economically, unions are sort of an odd duck. They aren’t part of the apparatus of the state, yet they depend crucially on state protections in order to wield their power. They’re stakeholders in corporations, but often have adversarial relationships with management. Historically, unions are a big reason that the working class won many of the protections and rights it now enjoys, but they often leave the working class fragmented and divided — between different companies, between union and non-union workers, and even between different ethnic groups.

Economists, too, have long puzzled about how to think about unions. They don’t fit easily into the standard paradigm of modern economic theory in which atomistic individuals and companies abide by rules overseen by an all-powerful government. Some economists see unions as a cartel, protecting insiders at the expense of outsiders. According to this theory, unions raise wages but also drive up unemployment. This is the interpretation of unions taught in many introductory courses and textbooks.

If this were really what unions did, it might be worth it to simply let them slip into oblivion, as private-sector unions have been doing in the U.S.:

It’s Been a While Since the Union Made Us Strong. Share of workforce belonging to unions in the private sector is now just over 6%.

But there are many reasons to think that this theory of unions isn’t right — or, at least, is woefully incomplete.

First, even back in the 1970s, some economists realized that unions do a lot more than just push up wages. In a 1979 paper entitled “The Two Faces of Unionism,” economists Richard Freeman and James Medoff argued that “by providing workers with a voice both at the workplace and in the political arena, unions can and do affect positively the functioning of the economic and social systems.”

But the world didn’t listen to Freeman and Medoff, and private-sectors unions declined into near-insignificance. Now, four decades later, economists are again starting to suspect that unions were a better deal than the textbooks made them out to be. A recent paper by economists Henry Farber, Daniel Herbst, Ilyana Kuziemko and Suresh Naidu concludes that unions were an important force reducing inequality in the U.S.

Since past data tends to be patchy, Farber et al. combine a huge number of different data sources to get a detailed picture of unionization rates going all the way back to 1936, the year after Congress passed a law letting private-sector employees form unions. The authors find that as unionization rises, inequality tends to fall, and vice versa. Nor is this effect driven by greater skills and education on the part of union workers; during the era from 1940 through 1970, when unionization rose and inequality fell, union workers tended to be less educated than others. In other words, unions lifted the workers at the bottom of the distribution. Black workers, and other nonwhite workers, tended to benefit the most from the union boost.

Now, however, private-sector unions are mostly a faded memory and their power to raise wages has waned — Farber et al. find that although there’s still a union wage premium, it’s now much more due to the fact that higher-skilled workers tended to be the ones who stayed unionized. A 2004 paper by economists John DiNardo and David Lee found that by 1984-1999, unions had lost much of their ability to force wages higher.

Given the contrast between the golden age of 1940-1970 and the current age of spiraling inequality, wouldn’t it make sense to bring unions back? Perhaps. The key question is why private-sector unions mostly died out. Policy changes — right-to-work laws, and the appointment of anti-union regulators, probably played a key role in reducing unionization. But globalization may have also played a big part. Competition from companies in countries like Germany — where unions often bargain to hold down wages in order to increase their companies’ competitiveness — might have made the old American model of unionization unsustainable. Now, with even stiffer competition from China, the challenge of re-unionizing the U.S. might be an insurmountable one.

But it might be worth it to try. Other than massive government redistribution of income and wealth, there’s really no other obvious way to address the country’s rising inequality. Also, there’s the chance that unions might be an effective remedy for the problem of increasing corporate market power — evidence suggests that when unionization rates are high, industry concentration is less effective at suppressing wages. Repealing right-to-work laws and appointing more pro-union regulators could be just the medicine the economy needs.

So supporters of free markets should rethink their antipathy to unions. As socialism gains support among the young, both economists and free-market thinkers should consider the possibility that unions — that odd hybrid of free-market bargaining and government intervention — were the vaccine that allowed the U.S. and other rich nations to largely escape the disasters of communism in the 20th century.

It looks like it’s time for a booster shot.