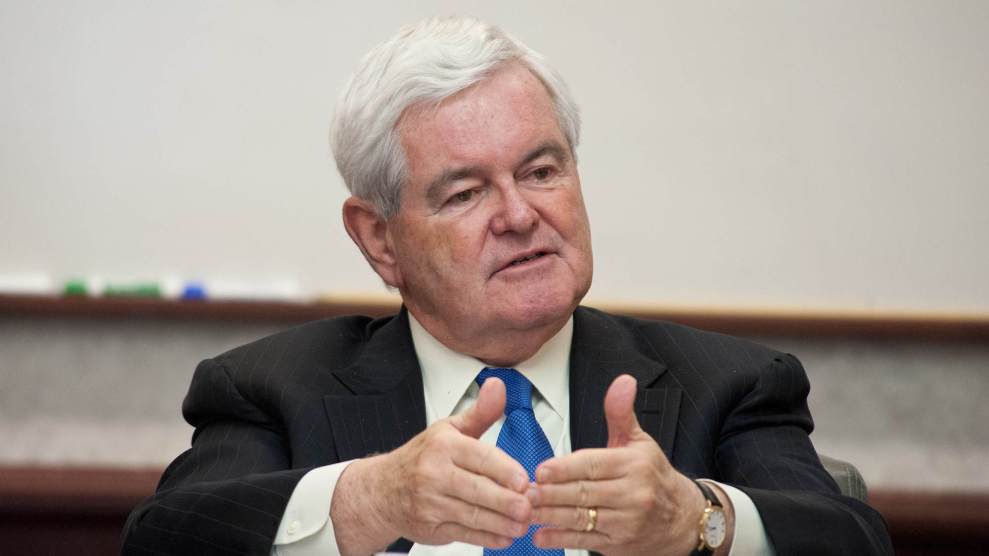 The letter states that an unidentified whistleblower shared documents with Democrats on the House Oversight and Foreign Affairs committees showing that a group of White House officials pressed political appointees at the State Department to oust career civil service employees they described with terms like “Turncoat,” “leaker and a troublemaker,” and “Obama/Clinton loyalists not at all supportive of President Trump’s foreign policy agenda.”

As described in the letter, those actions would likely violate federal laws protecting federal civil servants from undue political influence.

In the letter to White House Chief of Staff John Kelly and State Department Deputy Secretary John Sullivan, Reps. Elijah Cummings of Maryland and Eliot Engel of New York, the top Democrats on the House Oversight and Foreign Affairs committees, cite an email forwarded by Gingrich to Trump appointees in the State Department (the Democrats released a summary of the leaked documents, rather than the original emails). In an undated email, David Wurmser, who advised former Vice President Dick Cheney and former United Nations Ambassador John Bolton, wrote, “Newt: I think a cleaning is in order here. I hear [Secretary of State Rex] Tillerson has actually been reasonably good on stuff like this and cleaning house, but there are so many that it boggles the mind.” (Trump fired Tillerson earlier this week.)

Cummings and Engel say they are “particularly concerned” about documents showing an effort to drive out Sahar Nowrouzzadeh, a career civil servant at the State Department assigned to the policy planning staff. The letter notes that Brian Hook, the director of that division, forwarded an email from Nowrouzzadeh in which she defended herself against an attack that had been published in a conservative publication. The officials then discussed whether she was too supportive of the nuclear deal with Iran negotiated by President Barack Obama. Several of the officials discussed ousting Nowrouzzadeh. Julia Haller, a White House liaison to the State Department, wrote that Nowrouzzadeh “was born in Iran and upon my understanding cried when the President won.” Nowrouzzadeh was born in Connecticut. Haller did not cite the basis of her claim about Nowrouzzadeh’s election reaction.

Nowrouzadeh was removed from her post on the Policy Planning Staff three months earlier than scheduled in a manner she said violated a memorandum of understanding governing her assignment.

Today, reader support makes up about two-thirds of our budget, allows us to dig deep on stories that matter, and lets us keep our reporting free for everyone. If you value what you get from Mother Jones, please join us with a tax-deductible donation so we can keep on doing the type of journalism that 2018 demands.  DONATE NOW