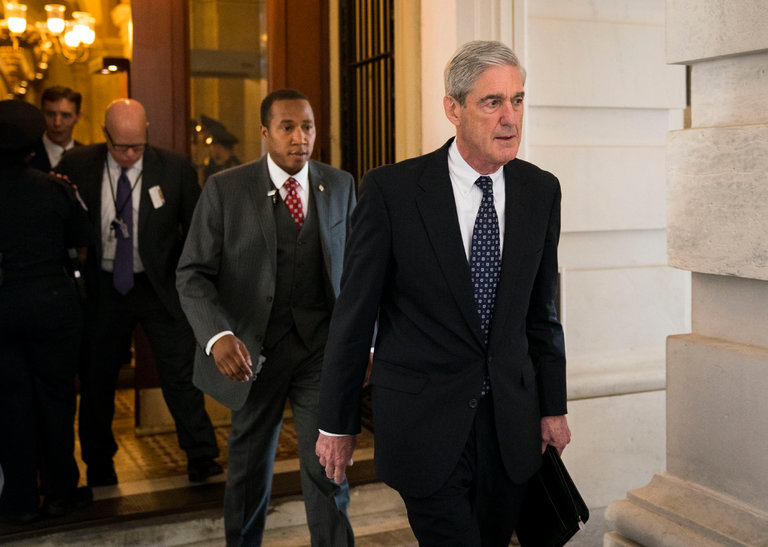 WASHINGTON — President Trump ordered the firing last June of Robert S. Mueller III, the special counsel overseeing the Russia investigation, according to four people told of the matter, but ultimately backed down after the White House counsel threatened to resign rather than carry out the directive.

The West Wing confrontation marks the first time Mr. Trump is known to have tried to fire the special counsel. Mr. Mueller learned about the episode in recent months as his investigators interviewed current and former senior White House officials in his inquiry into whether the president obstructed justice.

Amid the first wave of news media reports that Mr. Mueller was examining a possible obstruction case, the president began to argue that Mr. Mueller had three conflicts of interest that disqualified him from overseeing the investigation, two of the people said. 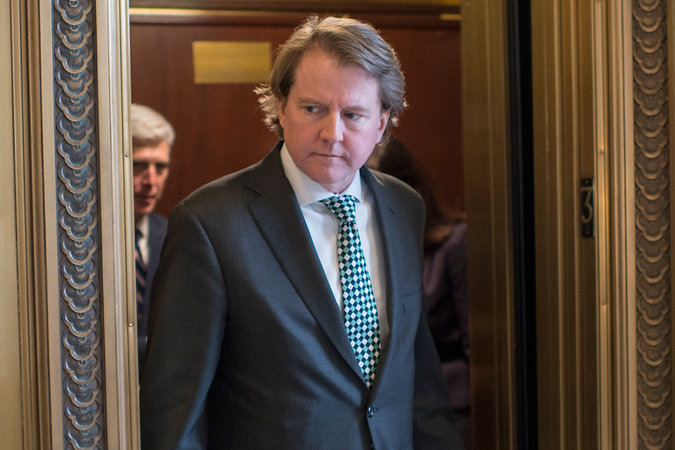 Donald F. McGahn II, the White House counsel, believed that firing Mr. Mueller would have a catastrophic impact on the presidency and would raise more questions about whether the White House was trying to obstruct the Russia investigation. CreditTom Williams/CQ Roll Call, via Associated Press

First, he claimed that a dispute years ago over fees at Trump National Golf Club in Sterling, Va., had prompted Mr. Mueller, the F.B.I. director at the time, to resign his membership. The president also said Mr. Mueller could not be impartial because he had most recently worked for the law firm that previously represented the president’s son-in-law, Jared Kushner. Finally, the president said, Mr. Mueller had been interviewed to return as the F.B.I. director the day before he was appointed special counsel in May.

After receiving the president’s order to fire Mr. Mueller, the White House counsel, Donald F. McGahn II, refused to ask the Justice Department to dismiss the special counsel, saying he would quit instead, the people said. They spoke on the condition of anonymity because they did not want to be identified discussing a continuing investigation.

Ty Cobb, who manages the White House’s relationship with Mr. Mueller’s office, said in a statement, “We decline to comment out of respect for the Office of the Special Counsel and its process.”

Mr. McGahn, a longtime Republican campaign finance lawyer in Washington who served on the Federal Election Commission, was the top lawyer on Mr. Trump’s campaign. He has been involved in nearly every key decision Mr. Trump has made — like the firing of the former F.B.I. director — that is being scrutinized by Mr. Mueller.

Mr. McGahn was also concerned that firing the special counsel would incite more questions about whether the White House was trying to obstruct the Russia investigation.

Around the time Mr. Trump wanted to fire Mr. Mueller, the president’s legal team, led then by his longtime personal lawyer in New York, Marc E. Kasowitz, was taking an adversarial approach to the Russia investigation. The president’s lawyers were digging into potential conflict-of-interest issues for Mr. Mueller and his team, according to current and former White House officials, and news media reports revealed that several of Mr. Mueller’s prosecutors had donated to Democrats.

Mr. Mueller could not legally have considered political affiliations when making hiring decisions. But for Mr. Trump’s supporters, it reinforced the idea that, although Mr. Mueller is a Republican, he had assembled a team of Democrats to take down the president.

Another option that Mr. Trump considered in discussions with his advisers was dismissing the deputy attorney general, Rod J. Rosenstein, and elevating the department’s No. 3 official, Rachel Brand, to oversee Mr. Mueller. Mr. Rosenstein has overseen the investigation since March, when Attorney General Jeff Sessions recused himself.

Mr. Trump has significantly ratcheted back his criticisms of Mr. Mueller since he hired Mr. Cobb for his legal team in July. A veteran of several high-profile Washington controversies, Mr. Cobb has known Mr. Mueller for decades, dating to their early careers in the Justice Department.

He advised Mr. Trump that he had nothing to gain from combat with Mr. Mueller, a highly respected former prosecutor and F.B.I. director who has subpoena power as special counsel. Since Mr. Cobb’s arrival, the White House has operated on the premise that the quickest way to clear the cloud of suspicion was to cooperate with Mr. Mueller, not to fight him.

Nonetheless, Mr. Trump has wavered for months about whether he wants to fire Mr. Mueller, whose job security is an omnipresent concern among the president’s legal team and close aides. The president’s lawyers, including Mr. Cobb, have tried to keep Mr. Trump calm by assuring him for months, amid new revelations about the inquiry, that it is close to ending. 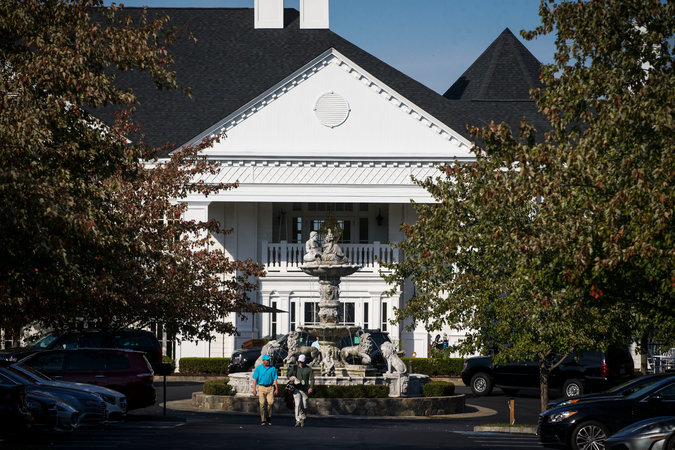 President Trump said that Mr. Mueller, who had been a member of his golf club in Sterling, Va., left it years ago after a disagreement about club fees. CreditAl Drago for The New York Times

Mr. Trump has long demonstrated a preoccupation with those who have overseen the Russia investigation. In March, after Mr. McGahn failed to persuade Attorney General Jeff Sessions not to recuse himself from the inquiry, Mr. Trump complained that he needed someone loyal to oversee the Justice Department.

The former F.B.I. director, James B. Comey, said Mr. Trump asked him for loyalty and encouraged him to drop an investigation into his former national security adviser, Michael T. Flynn. Mr. Comey said he sidestepped those requests. He was soon fired.

In an interview with The New York Times in the Oval Office in July, the president pointedly kept open the option of firing Mr. Mueller, saying that the special counsel would be passing a red line if his investigation expanded to look at Mr. Trump’s finances. Mr. Trump said he never would have made Mr. Sessions the attorney general if he had known he would recuse himself from the investigation.

Last month, as Republicans were increasing their attacks on the special counsel, Mr. Trump said in an interview with The Times that he believed Mr. Mueller was going to treat him fairly.

Mr. Trump added: “There’s been no collusion. But I think he’s going to be fair.”