On May 7, the Trump administration announced a policy of systematically separating child migrants from their mothers when they cross the border illegally as a group. It wasn’t a secret. Attorney General Jeff Sessions, standing alongside Acting Director of Immigration and Customs Enforcement Thomas Homan, announced the change at a press conference in San Diego, California, clarifying that the federal government would now prosecute mothers who bring their children to the United States on criminal immigration charges, while routing their children into the care of the Office of Refugee Resettlement.

It was a profound change that marked a clear break from previous administrations. Shortly afterward, stories flooded the national press and state newspapers from reporters at federal criminal courts across the border, detailing the ramifications of a policy designed to split parents from their children. Public opinion responded accordingly ― a poll conducted on behalf of The Daily Beast found that just 27 percent of 1,000 respondents supported the family separations at the border.

To beat back the steady stream of negative press, President Donald Trump, administration officials and a few hapless Republicans in Congress rattled off a series of talking points wildly untethered from reality. Here’s a roundup of the bogus lines.

Our Hands Are Tied Because Of A Court Order 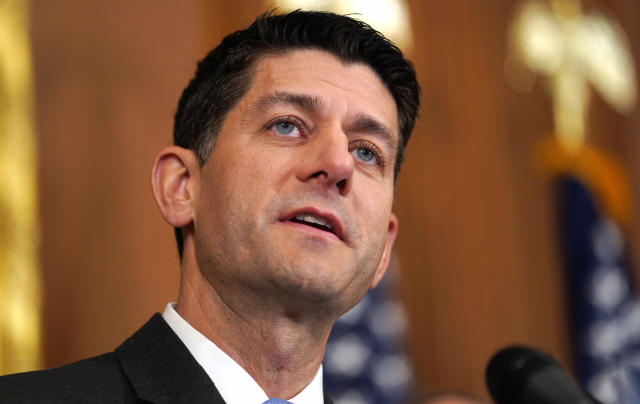 House Speaker Paul Ryan (R-Wis.) got the ball rolling on Thursday when he said at a press conference that he personally disagreed with the family separations at the border, but implied that the Trump administration’s hands were tied because of a “court order.”

There is no court order mandating family separations at the border. The ruling to which Ryan was referring, a HuffPost reporter confirmed, was U.S. District Judge Dolly Gee’s 2015 order requiring the federal government to release children from family immigrant detention centers within 20 days. The only thing the ruling does in the ongoing litigation over the 1997 Flores settlement ― which in part regulates how child migrants are detained ― is to keep immigration authorities from detaining migrant kids with their mothers indefinitely.

“There’s actually a court order that prevents keeping the kids with the parents when you put the parents in jail,” Cruz said. “So when you see reporters, when you see Democrats saying ‘don’t separate kids from their parents,’ what they’re really saying is don’t arrest illegal aliens.”

No such court order exists. The policy change enacted by the Trump administration exposes families who cross the border without authorization to criminal charges that historically they had been exempted from as a matter of policy. It’s those prosecutions ― typically for the petty misdemeanor crime of illegal entry ― that result in family separations. It’s been standard practice not to jail children over criminal charges brought against their parents. The Trump administration’s innovation is to manufacture criminal proceedings by reducing prosecutors’ power to decline to prosecute mothers who cross the border with their children.

The Bible Made Me Do It

Despite the obfuscations from Republicans seeking to deflect the blame for family separations, Attorney General Jeff Sessions remains a champion of the policy. And unlike some of his contemporaries, Sessions openly takes credit for it. But facing criticism from church leaders, Sessions on Thursday delivered one of the policy’s most head-scratching defenses, insisting that it was somehow justified by the Bible.

“First, illegal entry into the United States is a crime — as it should be,” Sessions wrote in a statement last week. “Persons who violate the law of our nation are subject to prosecution. I would cite you to the Apostle Paul and his clear and wise command in Romans 13, to obey the laws of the government because God has ordained them for the purpose of order.”

Although the comment may reflect honest spiritual beliefs, it could be used to justify quite literally any law or policy the Trump administration chooses to enforce ― and it does so on the basis of personal religious opinion rather than an appeal to rationality or the reasonable use of limited prosecutorial resources.

Then came Trump himself, who on Friday inexplicably cast the blame for the family separation policy he enacted on Democrats.

“I hate the children being taken away,” Trump told a group of reporters in Washington. “The Democrats have to change their law. That’s their law. That’s the Democrats’ law. We can change it tonight. We can change it right now. … You need their votes.”  The claim was patently absurd. The family separations ― which numbered nearly 2,000 in the six weeks since Sessions officially enacted the policy ― result exclusively from a choice made by the Trump administration. Democrats have nothing to do with it. And without control of either house of Congress or the White House, their role in the policy is limited to publicly airing their opposition.

That obvious fact didn’t stop First Lady Melania Trump from weighing in on Sunday. She also said she “hates to see children separated from their families.” But instead of laying the blame squarely on her husband, who is ultimately responsible for the separations, she said she “hopes both sides of the aisle can finally come together to achieve successful immigration reform.” 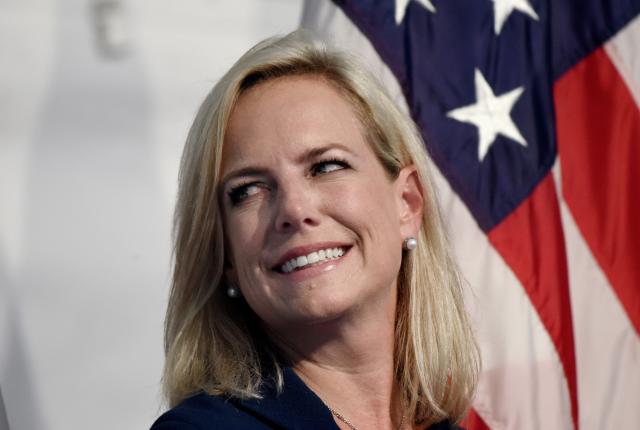 Homeland Security Secretary Kirstjen Nielsen added her voice to the mix Sunday night, insisting in a tweet that “we do not have a policy of separating families at the border. Period.”

This statement can only take on the faintest hue of truth if the reader is willing to accept the strictest definition of the term “policy.” The DHS policy under Trump is to refer 100 percent of illegal border crossings for criminal prosecution ― a step that previous administrations had refused to take. The logic undergirding Nielsen’s contention is that family separation is not the goal; attaining a 100 percent rate of prosecution for immigration violations is. Because DHS doesn’t have a “blanket policy of separating families at the border,” the agency insists that Nielsen’s statement is truthful.

Nielsen continued to defend that position at a press conference Monday. Asked by a reporter whether DHS implemented the “zero tolerance” prosecution policy specifically to split up parents traveling with kids, the secretary acted as if the thought had never occurred to her.

“I find that offensive ― no,” Nielsen said. “Why would I ever create a policy that purposely does that?”

But there’s no reason to follow Nielsen and DHS into that logical cul-de-sac. Last year, then-Secretary of Homeland Security John Kelly openly discussed the possibility of splitting up families at the border as a way to deter would-be Central American asylum-seekers. And the officials who crafted the prosecution strategy did so with the express intent of splitting up families to deter others from crossing, according to The New Yorker’s Jonathan Blitzer.

Systematically spouting off falsehoods is nothing new for this administration. Trump has made some 3,251 false or misleading statements since taking office, according to The Washington Post.

But the craven dishonesty about a signature policy change to rebut widespread criticism marks an increasingly high watermark for the level of deceit that the Trump administration is willing to inject into the public debate.

The only charitable explanation for systematically peddling these falsehoods is that the officials charged with carrying out this policy, along with prominent Republicans who don’t want to share the blame for it, simply have no idea what they’ve done. Perhaps they don’t actually understand the implications of the court order in the Flores settlement, or they honestly believe that Democrats passed some unspecified law that forced the White House to crack down on families who cross the border without authorization. Maybe the teachings of the Bible tied their hands, as Sessions asserts.

But the simplest answer is the most plausible: President Trump, House Speaker Ryan, Homeland Security Secretary Nielsen and the other prominent Republicans seeking to deflect the blame over family separations at the border know exactly what they’re doing, and they know it’s unpopular. And to shield themselves, they’ve resorted to flagrant dishonesty and cast themselves as victims of the press. 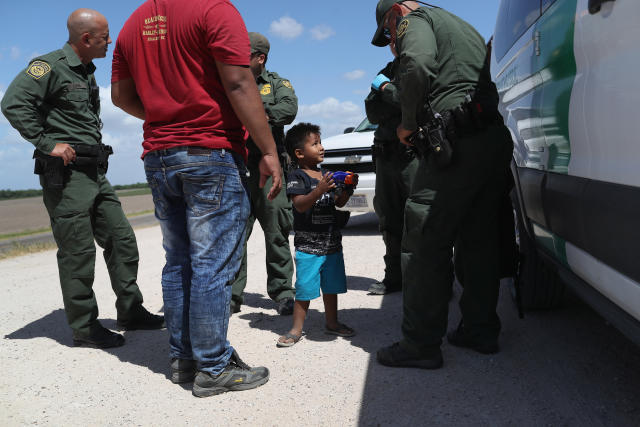