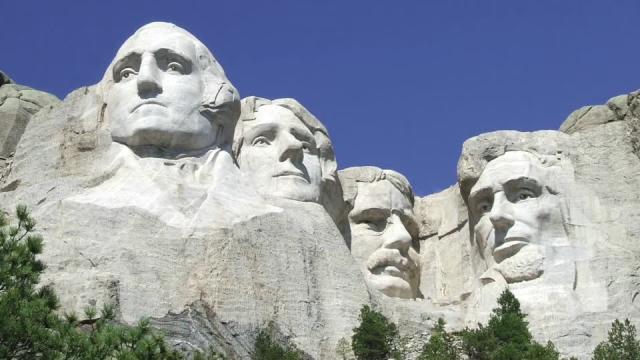 In the United States, parks have always been used as spaces for public protest, places for commemorating acts of resistance and the struggle for a more perfect union, and stages for presidents to call for national unity or celebrate civic purpose.

As his Mount Rushmore event scheduled for Friday makes clear, Donald Trump misunderstands and misuses all these precedents.

Consider the national park areas in Washington, especially those around the White House, which have been the sites of peaceful protests for generations. A women’s suffrage march in 1913 disrupted Woodrow Wilson’s inauguration in the public park named Lafayette Square. The Reflecting Pool and Lincoln Memorial were the center of the peaceful 1963 March on Washington for Jobs and Freedom, when more than 250,000 demonstrators listened to Martin Luther King give his “I Have a Dream” speech.

In contrast, when Trump decided to use Lafayette Square as a photo opportunity last month, he had police and military personnel disperse peaceful protesters with flash grenades and pepper-ball munitions.

Throughout history, other US presidents have employed national parks to unify and inspire the American people. Theodore Roosevelt spoke at the 1903 commemoration of the Gateway Arch at Yellowstone national park, reminding the American people: “We have fallen heirs to the most glorious heritage a people ever received and each one must do his part if we wish to show that the nation is worthy of its good fortune.”

In the summer of 1969, Richard Nixon spoke at the dedication of the Lady Bird Johnson Grove in Redwoods national park. Nixon, hardly a president with a flawless reputation, nevertheless talked of unity and pride in the country as he dedicated the grove to the wife of his former political opponent.

Trump neither comprehends nor takes seriously his responsibilities to his fellow citizens, and he can only envision our public spaces and historical parks as taxpayer-funded stage pageant backdrops for his political rallies and photo ops, which divide rather than unite.

During his 2016 campaign for president, Trump traveled to the hallowed ground of Gettysburg national military park. At the site of Lincoln’s Gettysburg address, he gave a speech that “curdled into bitter resentment”, as he railed against his perceived enemies, particularly the media, the government, the opposition party and the intellectual elite.

Last month, he held a Fox News town hall television interview inside the Lincoln Memorial, where events are supposed to be prohibited. He was only able to stage this television show at Lincoln’s feet because David Bernhardt, the secretary of the interior, specially relaxed the regulations governing use of our most sacred public monuments.

“I assume the show is a big show, right?” Trump asked.

It has become clear that we need clearer rules and restrictions on the use of force against peaceful protesters in public parks. We also need to hold national and local leaders to account when they exploit rather than protect parks. And we must rescind the authority of the interior secretary to create exceptions for overtly partisan uses of national memorials.

The locations of current tragedies of police brutality, including the 38th Street and Chicago Avenue intersection in Minneapolis, where George Floyd was killed, should be commemorated as national historic landmarks – just as the 54 miles that peaceful civil rights demonstrators walked in 1965 are commemorated as the Selma to Montgomery Trail. Black lives matter.

This Friday, Trump travels to Mount Rushmore to watch fireworks over the park, reversing a moratorium on fireworks that has been in place for a decade because of concern about wildfires in the park’s 1,200 acres of forest and the surrounding Black Hills national forest. The National Park Service is managing a lottery for the 7,500 tickets to the event – with no social distancing, even as South Dakota faces over 6,000 active Covid-19 cases and the audience will include visitors from around the country.

Mount Rushmore, carved over the objections of the Sioux on the stones of their sacred Black Hills, has become a symbol of America. Love it or hate it, it should not be used for partisan politics. The nightly lighting ceremony is powerful theater, as the large halogen lights warm and then illuminate the carved images of Washington, Jefferson, Lincoln and Roosevelt. Trump knows this, and will probably use Mount Rushmore as a stage for a partisan political rally full of rancor, insults, and racial divisiveness.

It will probably take Trump’s handlers’ best efforts to prevent him, as the halogen lights warm, from having the spotlights move from Washington and Jefferson on to himself, and to prevent long, vertical, bright-red Maga banners from being unfolded as he begins his performance. His supporters will cheer, his opponents will shout, and the US national parks – often called America’s “best idea” – will be more tarnished from misuse.