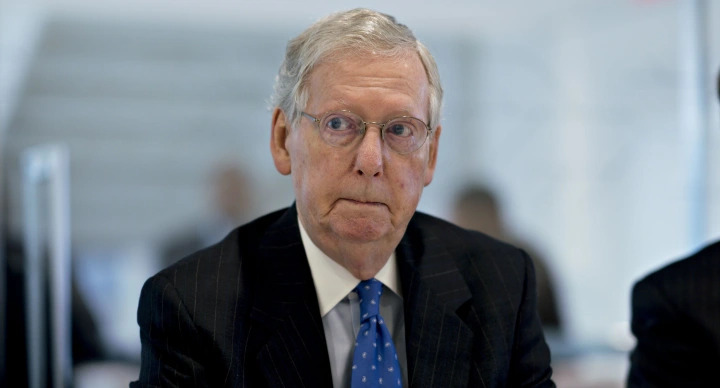 Furious customers confronted Senate Majority Leader Mitch McConnell (R-Ky.) at a Louisville restaurant on Friday, with one telling him to “leave the country alone.”

That diner also warned other customers: “They’re going to come for your Social Security.”

McConnell recently made headlines when he said that programs such as Social Security need to be cut to help make up for the Trump administration’s $779 billion budget deficit, the highest mark for that figure in six years.

The deficit has grown in the wake of the Republican Congress approving a big boost in military spending and massive tax cuts that were especially generous for corporations. McConnell, however, wants to target Social Security, Medicaid and Medicare for cost reductions as the way to respond to the deficit.

Customer Casey Leek told The Louisville Courier-Journal that a woman confronted McConnell at the Cuban restaurant Havana Rumba, calling him a “traitor” as other diners clapped and cheered.

Then another angry diner captured on video obtained by TMZ harangued McConnell as he sat quietly with his wife, Transportation Secretary Elaine Chao.

”Why don’t you get out of here? Why don’t you leave the entire country alone?” the unidentified customer asked.

Leek said the man grabbed McConnell’s to-go box of leftovers and dumped the food on the sidewalk outside. Other diners appeared to speak up to support the protester — with one yelling “Ditch Mitch” — while some urged him to leave the senator alone. USA Today said as many as four men confronted McConnell, though only one was captured on video.

The woman who recorded the video told TMZ the diner was protesting McConnell’s threats to cut Social Security and health care programs.

Leek posted on Facebook: “Dinner with the bestie gets exciting when Ditch McConnell sits behind you and people start screaming at him and Elaine in the middle of Havana Rumba.”

McConnell later thanked people who supported him in the clash and shook hands with some of them, according to TMZ.

McConnell spokesman Robert Steurer referred to the confrontations as “left-wing tantrums” in a statement to the Courier-Journal.

Havana Rumba apologized for the encounters in a Facebook post. “We deeply regret the incident that took place at our restaurant this weekend,” it said. “We strongly believe everyone should feel welcome and safe in our restaurants.”

McConnell has been confronted by members of the public a number of times over his policies, including earlier this month as he walked through Washington’s Reagan National Airport where he was challenged over his concerted push to win Brett Kavanaugh confirmation to the Supreme Court.