“This Tar Will Leave a Stain on the Republicans”

King Donald’s Court did it again; they showed they really can’t lead in a responsible manner. The Republi-cons don’t know how to govern because they despise government. This is what happens when you hire people to dismantle cabinet level departments instead of ones experienced in making government succeed. They think government and it’s regulators should just butt out of their patrons risky businesses. Their plan has always been to shrink government to the size it can be drowned in a bathtub. For eight years, they berated any attempt by the Obama Administration to bring America back, after Republi-cons steered us into the abyss.

If the President had cured cancer, this crew would have claimed Obama was grandstanding. Someone said that if he walked on water, they would have criticized him for not learning how to swim. They’ve been very adept at throwing sand in the gears of American progress, but now the bomb throwers are having trouble making the rubber from their soaring campaign rhetoric, meet the highly touted road forward. Leaked audio from a Philadelphia retreat this week revealed how flummoxed Republi-con lawmakers appear, attempting to replace the life saving Patient Protection and Affordable Care Act they’ve pledged to repeal for the last 7 years. Donald’s new promise to make that health insurance for 25 or 30 million folks much better and a lot cheaper won’t help their task.

Trying to make good on the promise to build a wall to hold back our southern neighbors, who actually stopped pouring in right after the financial collapse in 2008, was met with the same outrage around the world as was their bungled attempts to keep Muslims from entering the country. There’s been more people in the streets in the first 9 days of the King Donald administration as protested in the entire 8 years of the Obama Administration.

These hypocrites railed against each and every executive order the President signed attempting an end round Republi-con obstruction, calling it flagrant and unconstitutional abuse of power, but now think Trump’s flurry of nonsensical orders are a-okay. The difference here is that President Obama tried to use his executive power to do things for ordinary people, whereas Trump’s team stays up nights figuring out ways to do things to people.

King Donald’s approval numbers are tanking, so the diabolical pretenders are trying to somehow make good on his un-deliverable pledges to take America back to 1929. This latest order, taking shape at the nations airports, is looking more like a holy war than an attempt to make us safe from terrorists.

These folks know so little about what actually goes on in the government, they actually believe that the thousands of folks at homeland security and in our intelligence agencies, our military, our state and local police departments and in state and local governments throughout the nation have been doing very little to keep us safe since 9-11. The Obama Administration in 2011 and before him the Bush Administration have already instituted enhanced vetting of those trying to enter the U.S. They say this vetting takes almost 2 years. Most of America’s terrorist threats have actually come from home grown evildoers.

And even before Barack Obama was elected, the Republi-cons refused to even attempt to craft responsible legislation to raise up America’s sinking middle class. And now all of a sudden, they’ve refashioned themselves as populist proponents of American labor. Any legislation offered by these Republi-cons was hatched and prepared by either the corporate-funded American Legislative Exchange Council (ALEC), or by the affected corporate or industry lawyers and lobbyists. Some of ALEC’s latest and most popular efforts involve attacking public workers and unions and proposing right-to-work legislation throughout the country.

Republi-con health care reform will be drafted by the insurance industry and big pharma. Comprehensive energy policy or reform will be written by fossil fuel.  Any Republi-con comprehensive tax reform, as in the past, will be bought and paid for by the rich and corporations. Comprehensive immigration reform was passed 70 to 30 in the Senate during the Bush Administration, but never came up for a vote in the Republican controlled House.

Russian American Journalist and author Masha Gessen, believes this administration will cause her and America a “constant low level dread.” I’m beginning to think more like a “permanent state of high anxiety.”

The desperate folks in the upper Midwest rust belt, who grabbed onto the Trump Tarbaby will soon discover the same thing the little boy realized in the Hans Christian Andersen fairy tale. No matter that Donald’s two trusted advisors Reince Priebus and Kelleyanne Conway faithfully tells him he’s doing so good and looking real fine, America will soon realize that King Donald the Emperor Has No Clothes.     John Hanno

P.S.    “Former Bush adviser Eliot A. Cohen says the first week of Trump’s presidency has been a “clarifying moment in American history”: “For the community of conservative thinkers and experts, and more importantly, conservative politicians, this is a testing time,” he writes in an op-ed for The Atlantic. “Either you stand up for your principles and for what you know is decent behavior, or you go down, if not now, then years from now, as a coward or opportunist. Your reputation will never recover, nor should it. Rifts are opening up among friends that will not be healed. The conservative movement of Ronald Reagan and Jack Kemp, of William F. Buckley and Irving Kristol, was always heterogeneous, but it more or less hung together. No more. New currents of thought, new alliances, new political configurations will emerge. The biggest split will be between those who draw a line and the power-sick—whose longing to have access to power, or influence it, or indeed to wield it themselves—causes them to fatally compromise their values. For many more it will be a split between those obsessed with anxiety, hatred, and resentment, and those who can hear Lincoln’s call to the better angels of our nature, whose America is not replete with carnage, but a city on a hill.” 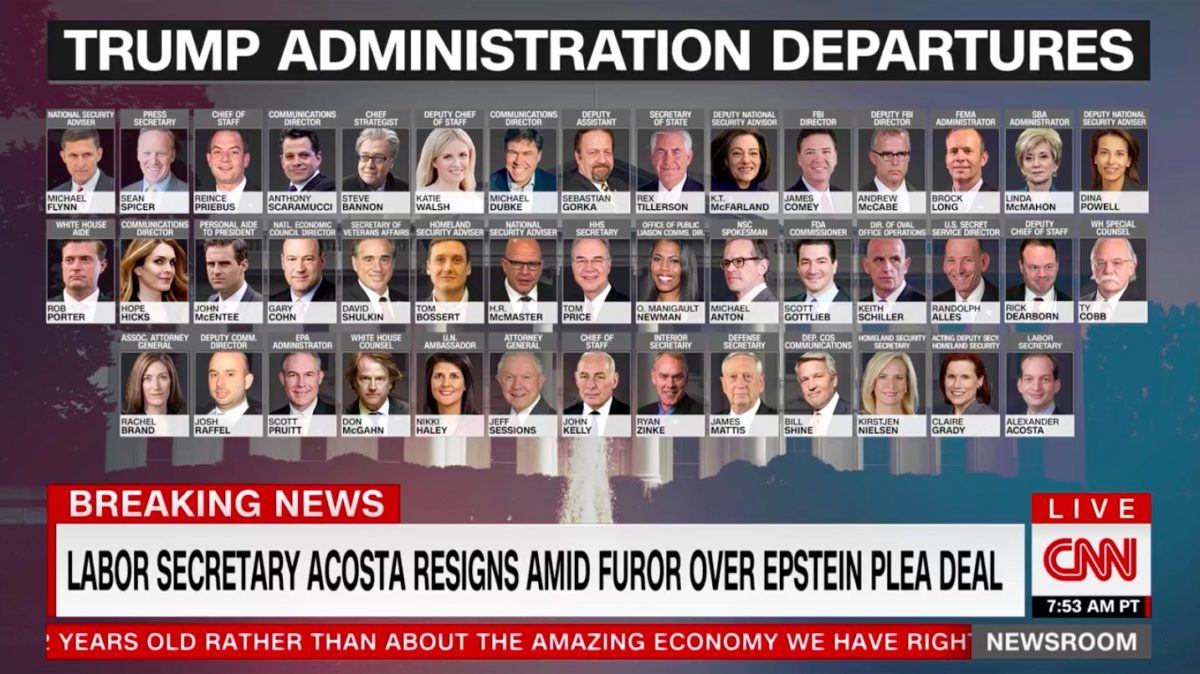