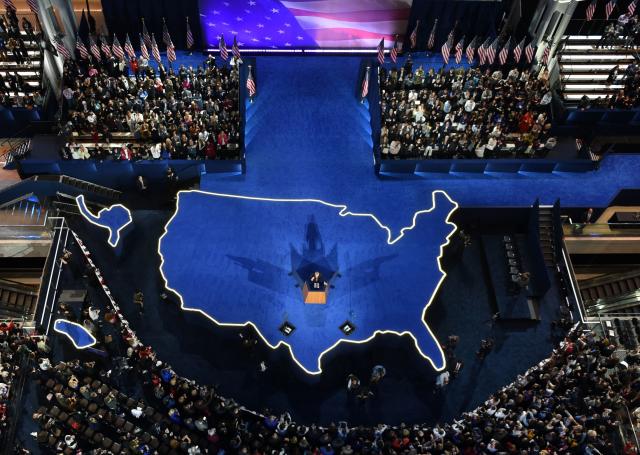 “For all sad words of tongue and pen, the saddest are these: ‘It might have been.’”

Throughout the book, Clinton discusses the ins-and-outs of her stunning loss to Donald Trump, but arguably no detail captures the above sentiment more than a passage from the victory speech she planned to give on election night.

Clinton shared the ending with readers, noting that she never had the chance.

She planned to conclude her remarks by saying if she could go back in time and tell anyone in history about becoming president, she would pick her mom, Dorothy Howell Rodham, who died in 2011. Rodham was abandoned by her parents at the age of 8 and sent on a train to relatives halfway across the country, who would end up mistreating her.

Clinton writes of this imaginary visit:

“Sometimes I think about her on that train. I wish I could walk down the aisle and find the little wooden seats where she sat, holding tight to her even younger sister, alone, terrified. She doesn’t yet know how much she will suffer … I dream of going up to her, and sitting down next to her … and saying, ‘Look at me. Listen to me. You will survive. You will have a good family of your own, and three children. And as hard as it might be to imagine, your daughter will grow up and become the President of the United States.’”

Soon after Clinton conceded the election to Trump, The Washington Post published photographs of what Clinton’s history-making victory speech was supposed to look like at New York City’s Jacob K. Javits Convention Center. Clinton’s campaign had planned for her to stand in the center of the United States outline, which was invisible to those in the room.

“It was meant to be revealed when Clinton spoke upon being declared president-elect,” the Post reported.