The Ocean Floor Is Sinking Under The Water Weight From Melting Glaciers, And It’s As Bad As It Sounds

So much extra water is being added into the world’s oceans from melting glaciers that the ocean floor is sinking underneath its increasing weight. This ocean floor deformation also means we have miscalculated just how much ocean levels are rising and the problem could be far worse than previously believed.

Over the past 20 years, ocean basins have sunk an average of 0.004 inches per year. This means that the ocean is 0.08 inches deeper than it was two decades ago. While this small fragment of an inch may not seem much, oceans cover 70 percent of our planet, making the problem bigger than it seems at an initial glance.

In a study published online in Geophysical Research Levels, researchers explain how they used a mathematical equation known as the elastic sea level equation to more accurately measure the ocean floor. This allowed them to see how much the bottom of the ocean floor has changed from 1993 to 2014. While they are not the first scientists to look at the ocean floor, this is the first time that researchers have taken into account how additional water from melted ice may have further stretched the ocean floor, LiveScience reported. 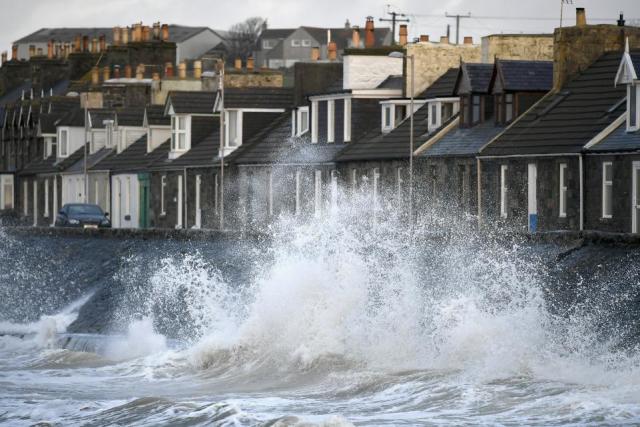 The results show that the ocean is changing in ways that we previously did not realize and is sinking further into the earth’s crust. As a result, scientists have underestimated how much sea levels are rising by as much as 8 percent. The study concludes by emphasizing that future sea level measurement should take ocean floor deformation into account in order to more accurately understand how our oceans are changing.

Related: Snow In Hawaii? Mauna Kea Covered In Up To 8 Inches Of Snow

All the water on the planet today is all the water that has ever existed on the planet, but not all water is in its liquid form. Recently, rising temperatures have caused much of the frozen water on the planet’s glaciers to melt and join the ocean as liquid. This mass melting ice rising sea levels, a problem whose consequences we’re already starting to see. The first to notice the repercussions of rising sea levels are those who live in coastal areas. Rising waters mean less land to live on. In addition, more water in the ocean means that ocean storms, such as hurricanes, have the potential to be stronger and more devastating, National Geographic reported.

Small coastal areas won’t be the only ones to disappear due to rising waters and if current estimates are correct, by 2100 the ocean will rise between 11 and 38 inches, a number that could mean that much of the U.S. east coast will be covered in water, National Geographic reported.