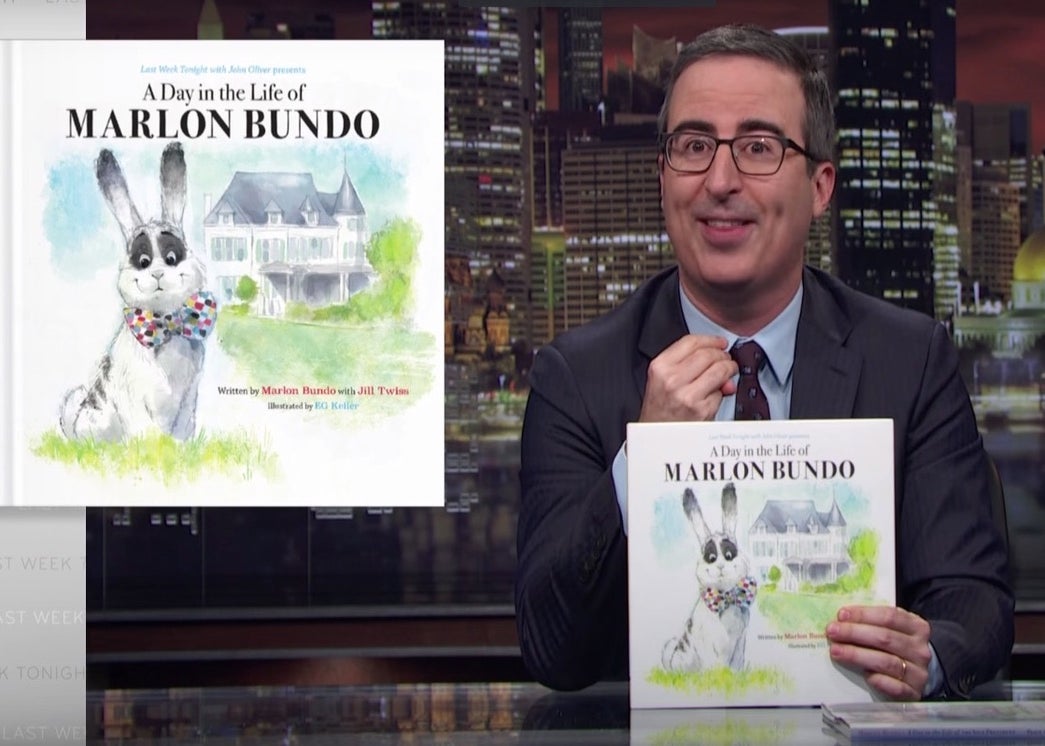 Everyone wants a copy of A Day in the Life of Marlon Bundo. HBO

You may recall Mike Pence’s well-documented homophobia, which includes signing off on Indiana’s openly discriminatory “religious liberty law” and his opposition to the repeal of Don’t Ask, Don’t Tell. On a separate note, you might be aware that Pence’s wife and daughter, Karen and Charlotte, respectively, have illustrated and written a children’s book about the family’s famous pet bunny, Marlon Bundo. And on Sunday, John Oliver unveiled his plan to troll the vice president’s family on Last Week Tonight by putting out his own children’s book about Marlon Bundo, in which the “BOTUS” (“Bunny of the United States”) is gay. (The audible version features the voices of Ellie Kemper, Jesse Tyler Ferguson, and RuPaul.)

As of yesterday, the New York Times reports, A Day in the Life of Marlon Bundo is sitting pretty at No. 1 on both the Amazon and Audible best-sellers lists, beating out pre-orders of James Comey’s forthcoming autobiography about his storied career, now No. 2. The Pences’ Marlon Bundo’s A Day in the Life of the Vice President is currently at No. 4 on Amazon.

This is more than just an ingeniously successful troll, as all proceeds for The Last Week Tonight book will go to The Trevor Project and AIDS United. (Apparently, only some of the proceeds from the Pences’ book will go to a worthy cause, an organization fighting human trafficking.) Charlotte Pence, for her her part, seems to be rolling with the punches, telling Fox Business Network, “We have two books giving to charities that are about bunnies, so I’m all for it, really.”

This book isn’t going to stop Pence and his ilk from trying to push through harmful legislation, of course. But the fact that so many people are all for a story about how two love bunnies overcome a mean ol’ stinkbug opposed to male bunnies marrying each other—or maybe people just really want to stick it to Pence, who knows—is still pretty cool.