The self imposed burden Republi-cons are saddled with, their mis-educated and anti-fact base of supporters they fawn over and rely on to remain relevant, is shrinking and becoming ever more extreme. Almost 60,000 of these elderly voters die every month. They proclaim to represent an alternative to the Grand Old Party –  the Eisenhower / Rockefeller Republicans, an alternative “Alt Right” doctrine. What they really expound, is an ultimate “Ult Right” ideology. This new, poorly educated Republiban, immune to critical thinking, is much older and almost exclusively white and Christian. They profess racial purity, nativism, intolerance to humanism or secularism or other religions, exhibit a reckless aversion to history and science and exalt a single minded worship of wealth and exclusivity. Their moral compass has flipped true North.

Having drifted so far from traditional conservative principles, they’ve clearly forfeited any traditional fiscal argument, and with it, the cudgel routinely used to browbeat Democrats trying to help the poor or bolster America’s crumbling middle-class social and monetary infrastructures.

To wontonly repeal bipartisan regulations, implemented after decades of debate and evaluation, to guard against the monumental and costly remedies required to correct catastrophic environmental and fiscal disasters, is not fiscally conservative. These Republibaners disregard sound climate science and years of bipartisan environmental legislation culminating in Republican president Nixon signing the bill establishing the Environmental Protection Agency on December 2, 1970.

They disregard milestones of American environmental calamity and redemption, including Rachel Carson’s 1962 book Silent Spring, exposing widespread pesticide poisoning of man and nature; and Congress passing the 1969 National Environmental Policy Act (NEPA), charging the government to “become the protector of earth, air, land and water.” The law declared Congress’s intentions to “create and maintain conditions under which man and nature can exist in productive harmony, and “assure for all Americans safe, healthful, productive, aesthetically and culturally pleasing surroundings. The law also compelled all federal agencies to submit reports (Environmental Impact Statements, EIS’s) for all projects bearing on the environment, and also directed the President to prepare annual Environmental Quality Reports for Congress. When President Nixon signed the bill on New Years Day 1970, he said: “he had become further convinced that the 1970’s absolutely must be the years when America pays its debt to the past by reclaiming the purity of it’s air, it’s waters and our living environment.” “It is literally now or never.”

In short, America’s environment had become a giant shit-hole.

Highlighting this new focus in his State of the Union a few weeks later, Nixon “proclaimed the new decade a period of environmental transformation.” Nixon’s first Environmental Quality Report to Congress on February 10th, contained 37-points. Included in this report, he requested $4 billion for improvements to water treatment facilities. He asked for national air quality standards, a program to lower motor vehicle emissions and federally funded research on reducing automobile pollution. He also ordered a clean-up of federal facilities that contributed to the pollution of the air and water. He sought legislation to end the dumping of wastes into the Great Lakes. He proposed a tax on lead in gasoline. He sent congress a plan on strengthening safeguards on the transportation of oil over the seas. He instituted a National Contingency Plan for remediation of oil spills.

Public protest and demonstrations on Earth Day 1970 and the Clean Air Act Amendments of 1970 were the turning points in America’s environmental consciousness – the realization that air and water pollution must be a national priority; and also the impetus for the creation of the EPA and Nixon’s confirming signature on December 2, 1970. And the scores of toxic super-fund sites discovered throughout the 1980’s, supercharged efforts to begin healing our environment.

But every one of these environmental programs and more, are under siege, face elimination or reductions by our current, non-conservative and toxic, fossil fuel pandering Republi-con president, the Republi-con controlled congress and Environmental Protection Agency destroyer in charge, Scott Pruitt. 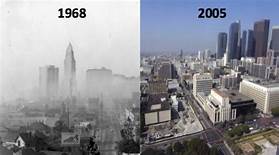 Scott Pruitt, who’s vigorously tried to dismantle environmental regulations and downsize the agency, has also attempted to undermine environmental enforcement actions by the Justice Department. He removed critical climate change and global warming information on the agencies website and ordered employees to not use those words or speak on those issues. Coupled with the attacks on President Obama’s Clean Water Act, the opening of America’s oceans and wilderness areas to oil exploration, and the trump administrations plans to hand over America’s public lands and National Monuments and Parks to fossil fuel and mining interests, these anti-conservatives will single-handedly attempt to reverse much of the progress made since the early days of the environmental movement. 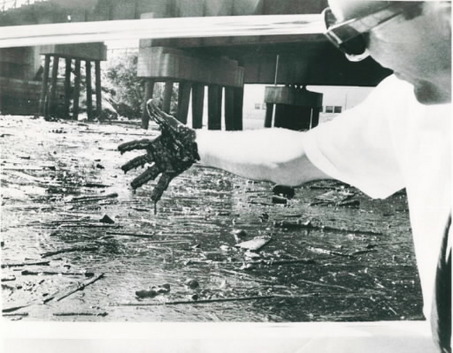 No National Park or Monument or section of public land, set aside over the centuries by past presidents, is safe from these evildoers. Many of the regulations and protections proposed and passed for our environment and public lands were both Republican and conservative bipartisan initiatives. But this administration is not interested in protecting Americans, their environment or their National treasures, only in paying back their omnipotent campaign donors like the Koch brothers.

How far has this Ult Right, alternative reality, alternative fact collection of anti-conservatives, drifted from the Grand Old Party? The 1956 Republican Party Platform is but a distant memory.

Americans overwhelmingly believe in entitlement programs like Social Security and Medicare, believe health care is a right, not a privilege, believe in the Children’s Health Insurance Program (CHIP) and Medicaid for those who need it, believe in protecting our environment – our air and water, believe in sensible regulations, want work place protections for workers, believe Dreamers should be protected and offered a path to citizenship, want our National Parks and Monuments preserved, not exploited for private corporate gain and believe in a fair tax system, not one heavily favoring the rich and politically connected.

This Ult Right only lauds our founding fathers, their Democratic blueprints – our Declaration of Independence and the U.S. Constitution, if it suits their political agenda. They tout States Rights when the Federal Government finds it necessary to step into the fray to protect American’s rights, as they did during the Civil Rights movement in the South. But then extol Federal supremacy, when Progressive States find it necessary to protect their citizens from Federal malfeasance like the trump administrations attacks on environmental and workplace regulations and policies; or when cities or States attempt any sensible gun regulations.

Their latest vitriol is directed at the First Amendment. Republican Senator Jeff Flake took to the floor of the U.S. Senate this week to call out trump for constantly referring to the media as “enemies of the people,” and to defend the U.S. Constitution.

Sen. Flake opened with the Declaration of Independence, by saying Thomas Jefferson wrote, “We Hold These Truths to Be Self Evident”. He said trump infamously uses words spoken by Josef Stalin to describe his enemies. He said: “it bears noting that so fraught with malice, the phrase “enemy of the people,” that even Nikita Khrushchev forbade its use, telling the Soviet Communist Party, that the phrase was introduced by Stalin for the purpose of “annihilating such individuals who disagreed with the supreme leader.”

He also quoted a John F. Kennedy speech for the 20th anniversary of The Voice Of America. “We are not afraid to entrust the American people with unpleasant facts, foreign ideas, alien philosophies and competitive values. For a nation that is afraid to let it’s people judge the truth and falsehoods in an open market, is a nation afraid of its people. He said a free press is not the enemy of the people. Despotism is the enemy of the people and a free press is the despots enemy. He referred to George Orwell’s book 1984 and said Orwell warned: “The further a society drifts from the truth, the more it will hate those who speak it.”

Based on the number of lies trump has told (over 2,000 since entering the White House) and the fairy tales that his cabinet, the Republican controlled congress and his supporters have applauded, excused and disregarded, the GOP is in for a whole bunch of hate, especially from the trump voters who were hoodwinked and who may come to their senses before the 2018 mid-term elections.

The Republi-con “family values platform”, arguably always a false identity, has been blown apart. To support a president who’s so far removed from Christian doctrine and the virtues and teachings of Jesus Christ, is not family values. And wayward Evangelicals have cast their lot with a devilish messiah who may deliver them unto oblivion. The latest blasphemy exhibited by prominent Evangelical leaders was exposed by the Wall Street Journal this week. To excuse and justify the $130,000 payment to a porn star to cover up a year long affair while trump was married to Melania and just after she gave birth to their son is the height of hypocrisy. These same religious popinjays spent years preachifying about Bill Clinton’s indiscretions.

trump’s attempts at reimaging, this pandering political party of the rich and powerful and multi-national, connected corporations, with a phony populist agenda, is laughable, if it weren’t so destructive. Supporting the Koch Brothers anti-labor ALEC legislative agenda breaks every promise he made to desperate rust belt workers during the election. And for con-man-in-chief trump to offer false hope to out of work steel workers and coal miners shackled to a dying industry is beyond cruel.

trump has no core set of beliefs, no modicum of integrity; he cares for no one but himself. His egocentric self obsession is boundless. He only admires people who’ve amassed fortunes, no matter how they attained that wealth, and dismisses and devalues anyone who labors for a paycheck.

Nothing is normal, or traditional or conservative about this president, his Ult Right administration or the Republi-con controlled congress. Those who’ve attempted to normalize trump’s un-presidential antics, his immoral character flaws, his obsession with undermining everything President Obama accomplished, his unfailing allegiance to Vladimir Putin and the Russians, his infatuation with autocratic despots and  anti-democratic fiat, and his self dealing and conflicted and criminal business ethics – will regret, like the dozens of folks already expelled from his administration, any association with this trump travesty.

America will survive trump but the GOP and the Christian Right may not.