At least 125 people — including a dozen high school kids — in Milwaukee have been infected with HIV, syphilis, or both in one of the biggest outbreaks ever reported in the city.

According to Milwaukee’s Journal Sentinel, which broke the story on Tuesday, the outbreak has been identified as a “cluster,” meaning a large number of people have become infected in a particular time and place. 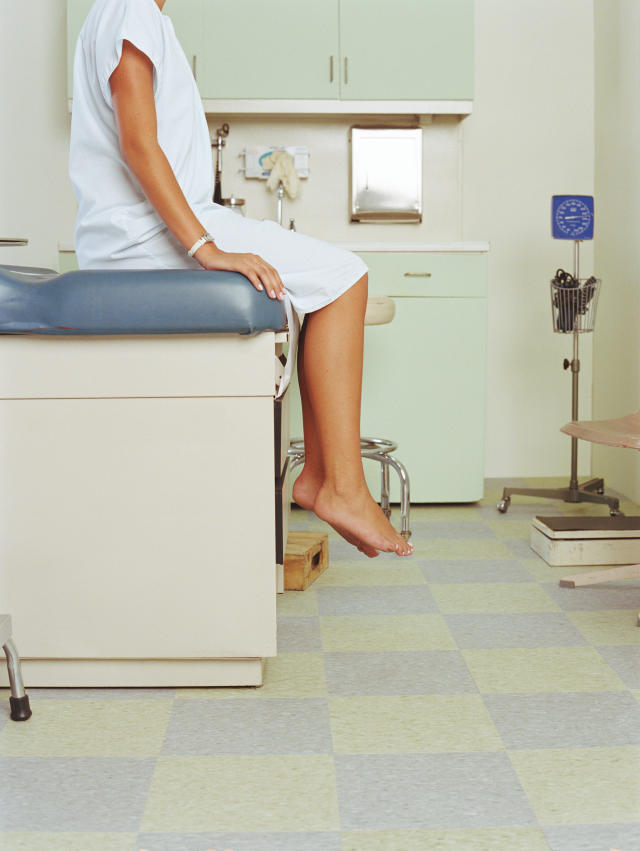 According to local reports, 125 people in Milwaukee, including teens, have been diagnosed with HIV, syphilis, or both. (Photo: Getty Images)

“This is an epidemic people are not talking about enough, and it leads to people taking unnecessary risks,” public health consultant Melissa Ugland told the Journal Sentinel. Those involved may have all connected with one another during a 12-month period, added Ugland, who could not be reached for comment by Yahoo Lifestyle. Many of the infected are men, 45 percent of which are HIV-positive, according to Ugland and other health care advocates.

Representatives from the Wisconsin Department of Health Services, the Milwaukee Health Department, and Milwaukee Public Schools (MPS) did not return Yahoo Lifestyle’s request for comment.

Less than 10 percent of those infected attend MPS, though the numbers could rise. The district sent a statement to the Journal Sentinel which read, “Because schools have a significant number of students in the 15-18 age group, we are working with the Milwaukee Health Department, in a collaborative and preventive effort, to share information with young people in middle schools and high schools to keep them healthy and to protect their health.”

The news outlet also reports that the cluster is being called a “sentinel event” due to the number of youth infected with HIV and because three area babies were born with syphilis in 2016. “It’s a really big deal,” Ugland told Journal Sentinel.

The National Coalition of STD Directors, which called the Milwaukee case a “crisis,” published a statement Friday calling out lawmakers. “This is unacceptable,” wrote executive director David C. Harvey. “Those of us working in the field know that STD prevention works when it’s funded. Investing just 10 cents per person per year in syphilis prevention could cut the number of syphilis cases by almost a third.”

He added, “Congress must recognize that these epidemics will continue to rage if federal investment does not rise to meet the ever-rising tide of STD rates, and we call on Congress to increase federal funding for STD prevention at CDC.”

According to the Centers for Disease Control and Prevention (CDC), syphilis is a sexually transmitted disease that during the first two stages causes painless genital sores, swollen lymph nodes, and fever. The final stage involves no symptoms but can damage the heart and brain, as well as other major organs. Mothers may also pass syphilis to their unborn children during pregnancy and experience complications such as stillbirth. Syphilis is treated with antibiotics.

HIV, which stands for human immunodeficiency virus, is an autoimmune disease contracted through unsafe sex or sex with multiple partners. The virus, for which there is no cure, destroys white blood cells called T-helper cells, and spreads throughout the body, presenting itself with a variety of symptoms, including fever, fatigue, swollen lymph nodes, and night sweats. The late stage of HIV is AIDS, which greatly weakens the immune system and the body’s ability to fight other infections.

“HIV and syphilis spread efficiently within the first few months, often with the person experiencing nonspecific symptoms or those that mimic the flu,” Jeffrey Klausner, MD, a professor of medicine and public health at the University of California, Los Angeles, tells Yahoo Lifestyle. “And because doctors rarely ask questions about patients’ sexual activity — either because they’re embarrassed or untrained — the diagnosis could be missed.”

He adds, “We’ve seen a massive erosion in public health resources due to the 2008 recession. Many city clinics were shut down and never refinanced.”

Klausner says syphilis is treatable if done so timely, and that “HIV is manageable and treatable — not the death sentence it was 20 years ago.”