(CNN)Sea level rise is happening now, and the rate at which it is rising is increasing every year, according to a study released Monday in the Proceedings of the National Academy of Sciences.

Researchers, led by University of Colorado-Boulder professor of aerospace engineering sciences Steve Nerem, used satellite data dating to 1993 to observe the levels of the world’s oceans. 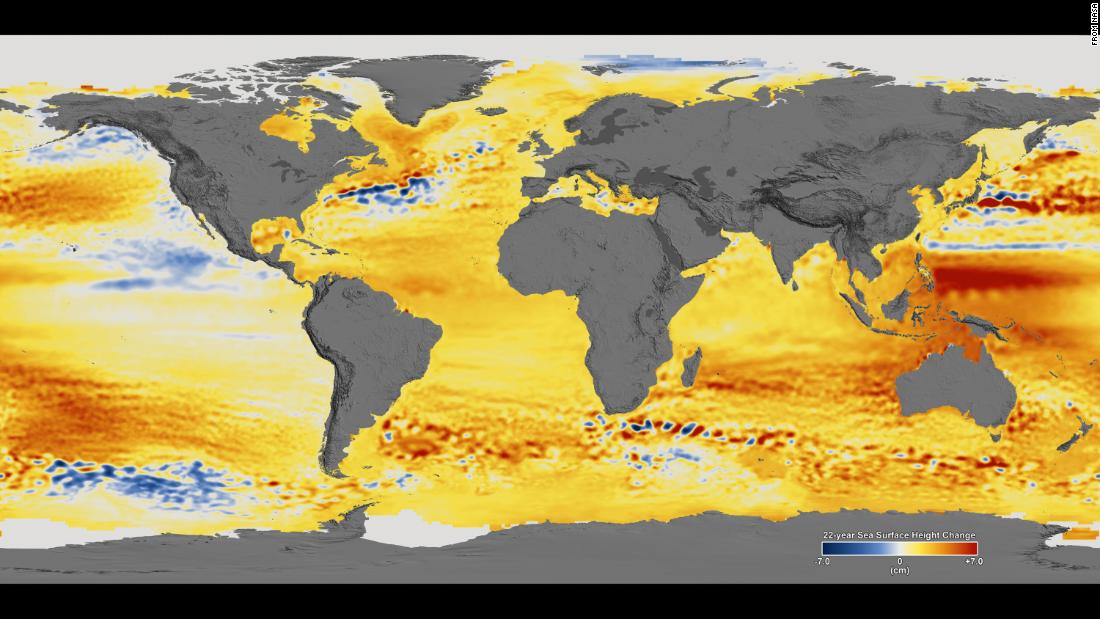 Using satellite data rather than tide-gauge data that is normally used to measure sea levels allows for more precise estimates of global sea level, since it provides measurements of the open ocean.

The team observed a total rise in the ocean of 7 centimeters (2.8 inches) in 25 years of data, which aligns with the generally accepted current rate of sea level rise of about 3 millimeters (0.1 inches) per year.

But that rate is not constant.

Continuous emissions of greenhouse gases are warming the Earth’s atmosphere and oceans and melting its ice, causing the rate of sea level rise to increase.

“This acceleration, driven mainly by accelerated melting in Greenland and Antarctica, has the potential to double the total sea level rise by 2100 as compared to projections that assume a constant rate, to more than 60 centimeters instead of about 30,” said Nerem, who is also a fellow with the Cooperative Institute for Research in Environmental Science.

That projection agrees perfectly with climate models used in the latest International Panel on Climate Change report, which show sea level rise to be between 52 and 98 centimeters by 2100 for a “business as usual” scenario (in which greenhouse emissions continue without reduction).

Therefore, scientists now have observed evidence validating climate model projections, as well as providing policy-makers with a “data-driven assessment of sea level change that does not depend on the climate models,” Nerem said.

Sea level rise of 65 centimeters, or roughly 2 feet, would cause significant problems for coastal cities around the world. Extreme water levels, such as high tides and surges from strong storms, would be made exponentially worse.

Consider the record set in Boston Harbor during January’s “bomb cyclone” or the inundation regularly experienced in Miami during the King tides; these are occurring with sea levels that have risen about a foot in the past 100 years. 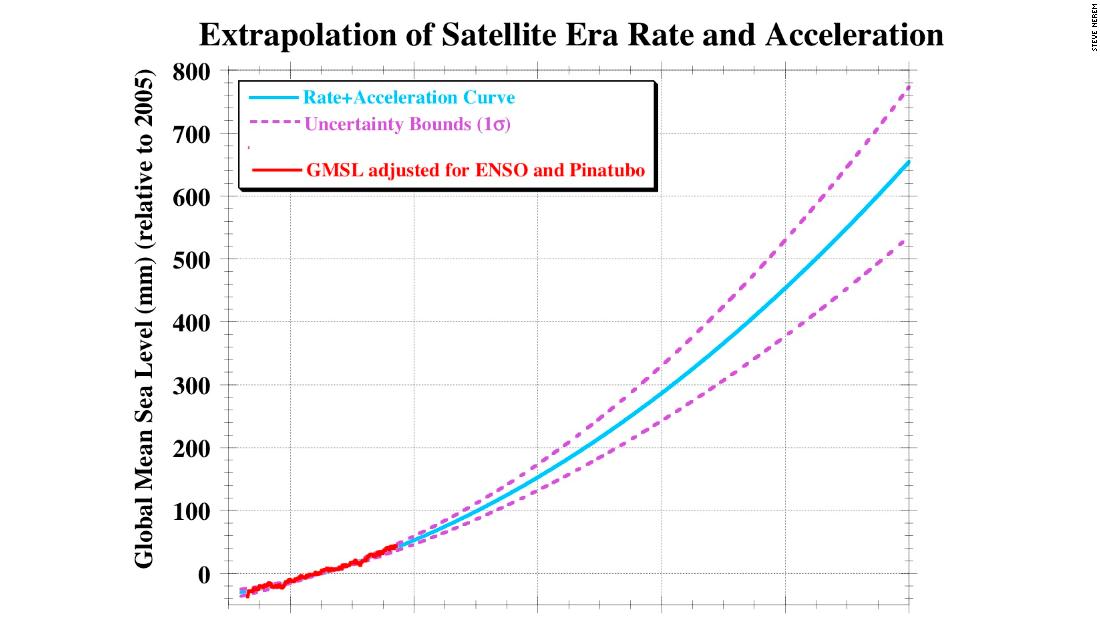 Now, researchers say we could add another 2 feet by the end of this century.

Nerem and his team took into account natural changes in sea level thanks to cycles such as El Niño/La Niña and even events such as the 1991 eruption of Mount Pinatubo, which altered sea levels worldwide for several years.

The result is a “climate-change-driven” acceleration: the amount the sea levels are rising because of the warming caused by manmade global warming.

The researchers used data from other scientific missions such as GRACE, the Gravity Recovery and Climate Experiment, to determine what was causing the rate to accelerate. 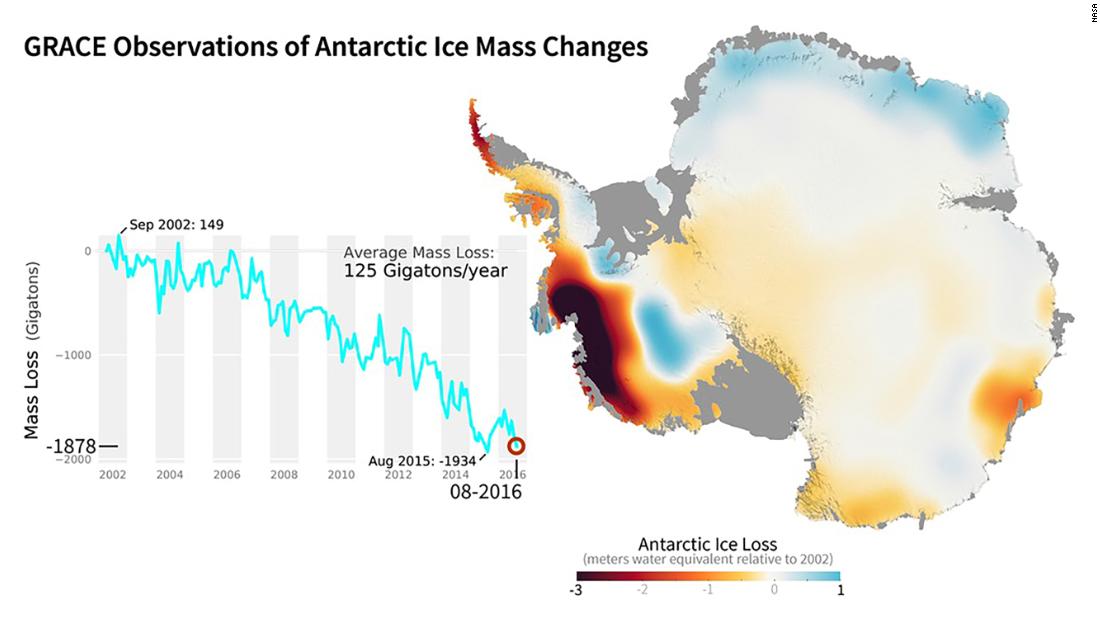 NASA’s GRACE mission used satellites to measure changes in ice mass. This image shows areas of Antarctica that gained or lost ice between 2002 and 2016.

Theirs is a troubling finding when considering the recent rapid ice loss in the ice sheets.

“Sixty-five centimeters is probably on the low end for 2100,” Nerem said, “since it assumes the rate and acceleration we have seen over the last 25 years continues for the next 82 years.”

“We are already seeing signs of ice sheet instability in Greenland and Antarctica, so if they experience rapid changes, then we would likely see more than 65 centimeters of sea level rise by 2100.”

Penn State climate scientist Michael Mann, who was not involved with the study, said “it confirms what we have long feared: that the sooner-than-expected ice loss from the west Antarctic and Greenland ice sheets is leading to acceleration in sea level rise sooner than was projected.”