Midterms 2018: Republican politician worried about what will happen ‘if everyone exercises their right to vote’ 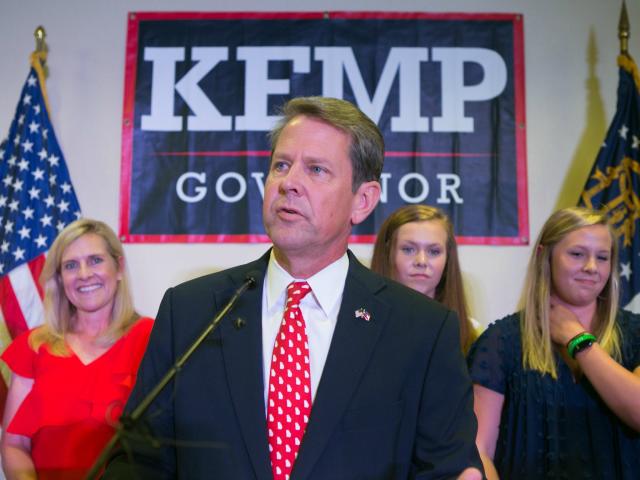 A Republican politician has admitted he is concerned about the consequences for his party if “everybody uses and exercises their right to vote”.

Brian Kemp, Georgia’s secretary of state and the Republican nominee in the state’s governor’s race, said he was concerned Democrats were actively trying to boost voter turnout in the upcoming midterms.

Mr Kemp faces a difficult challenge from Democratic nominee Stacey Abrams, who he claimed was spending “tens of millions of dollars” to draw voters out.

“They have just an unprecedented number of that,” Mr Kemp told donors at a campaign fundraiser, according to recording obtained by Rolling Stone magazine.

“[This] is something that continues to concern us, especially if everybody uses and exercises their right to vote – which they absolutely can – and mail those ballots in, we have got to have heavy turnout to offset that.”

The contest for Georgia governor look set to be a tight race with the largest polling carried out in the state, by SurveyMonkey in September, putting both candidates on 43 per cent.

Georgia has previously removed thousands of people from the polls because they had not recently voted in an election, while Mr Kemp was secretary of state.

Of the 53,000, 70 per cent are believed to be African-American, according to an analysis conducted by AP.