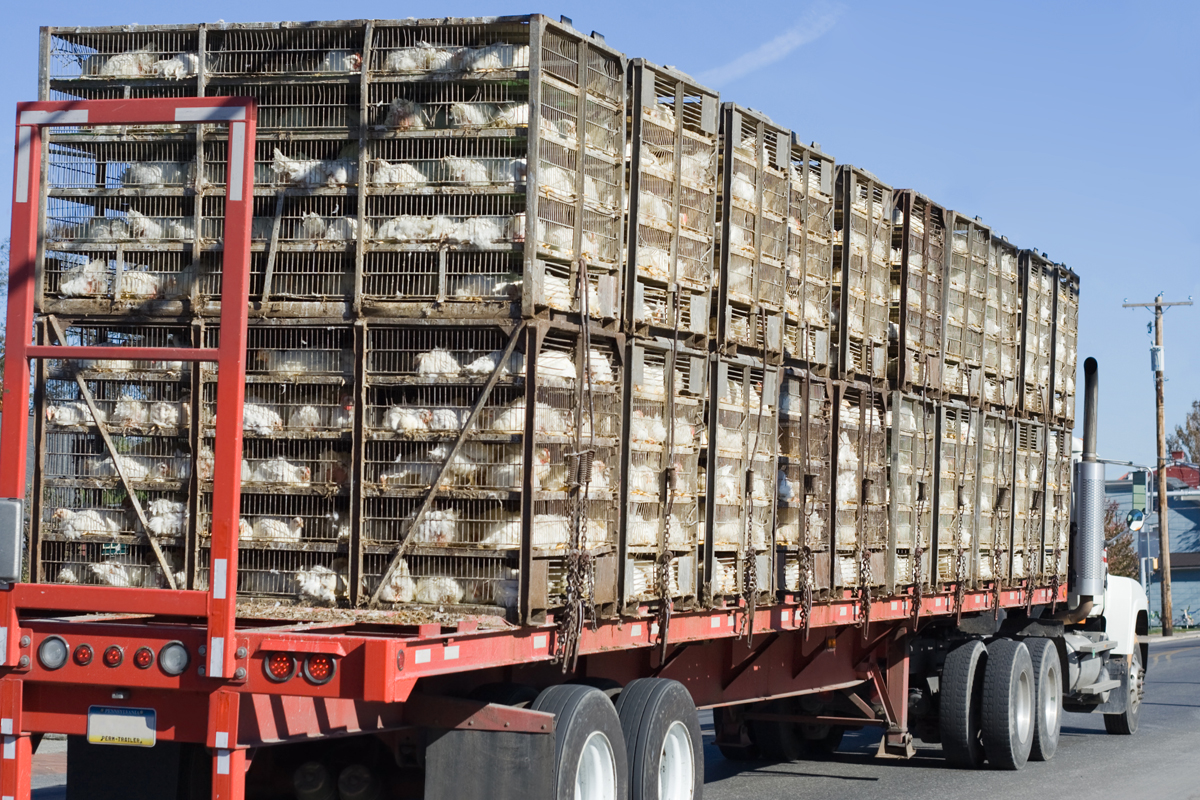 Missouri farmer Wes Shoemyer felt a huge relief last October when his state passed legislation restricting the application of the weed killer dicamba, which has a tendency to vaporize and drift, harming plants not genetically modified to resist it.

Before the new regulations, a neighbor’s application of the pesticide wafted onto Shoemyer’s property and turned the edges of his soybean plants brown and yellow. Further south, another case of dicamba drift caused millions of dollars of damage to the largest orchard in the state.

Shoemyer worries, however, that the state law protecting his crops from the herbicide will come under threat if legislation that Representative Steve King (R-Iowa) has introduced for inclusion in the 2018 Farm Bill gains traction in Congress.

House Resolution 4879/3599, officially known as the “Protect Interstate Commerce Act” (and dubbed the “States’ Rights Elimination Act” by opponents), would prohibit state and local governments from regulating the production or manufacture of agricultural products imported from other states and from passing any legislation that sets a standard that is “in addition to” the standard of another state or the federal government. Because Missouri is one of only a handful of states that has passed dicamba regulations, its laws would be subject to challenge.

“They’re moving on everybody’s rights and our ability to analyze situations and to make the best judgments for our local communities,” said Shoemyer, a former Missouri state senator, whose couple-thousand-acre family farm produces corn, soybeans, wheat, small grains, and cattle. “Who the hell does [King] think he is knowing what’s best for Northeast Missouri? If he wants to pass this bill for his Congressional district—hop on it, cowboy. But leave us alone.”

Shoemyer’s concern about Dicamba regulation is just one example of the way the law could impact food and farming. The proposal’s many opponents say it’s extremely broad and far-reaching: it could also undermine states’ abilities to protect air and water quality, workers’ rights, community health, consumer safety, and animal welfare, among other things.

“It would be probably one of the greatest tragedies in the history of animal protection if the King legislation was signed into law,” said Marty Irby, senior advisor with the Humane Society Legislative Fund.

This is not King’s first attempt to pass this type of legislation; the congressman introduced a similar proposal as part of the 2014 Farm Bill, but it failed after numerous groups opposed it.

King, who did not respond to a request for comment on this story, said in a statement last July that the latest legislation is a way to promote “open and unrestricted commerce” and “free trade between the states,” which he views as vital components of a thriving economy.

“Restricting interstate trade would create a great deal of confusion and increased costs to manufacturers,” the statement continued. “This would create a patchwork quilt of conflicting state regulations erected for trade protectionism reasons… [The Protect Interstate Commerce Act] will allow consumers to make their own choices about the products they buy, without the states interfering in that choice.”

How the Resolution Would Work

House Resolution 3599, introduced in July 2017, and its companion H.R. 4879, introduced in January 2018, are nearly identical. Under the section of both that prevents states or localities from imposing standards on imported agricultural goods that exceed either federal or state-of-production standards, no state would be able to pass animal welfare legislation like California’s AB 1437, an accessory bill to Proposition 2, which bans the sale of all eggs—produced in or out of state—from hens confined in cramped battery cages. This level of regulation would not be allowed because no federal standard exists regarding the on-farm condition of egg-laying hens, and California’s law exceeds the standard present in many states.

Some legal experts read the legislation to prevent states from regulating the production and manufacture of agricultural products made and sold within their own borders as well, if those products are also available for sale in other states.

The latter version of the resolution, 4879, is expected to be the one considered and includes a clause that allows for “private right of action,” giving anyone affected by a state or local regulation on an agricultural good sold in interstate commerce the right to challenge the regulation in court to invalidate it and seek damages.

In the case of California egg production, the legislation would set up a mechanism by which an egg supplier in Iowa that employs battery cages (or a distributor, or a trade association, or the state of Iowa itself) could sue the state of California for the right to sell its product there. And it could potentially open up the Golden State once again to factory-farmed products that don’t meet its current, higher animal welfare standards.

Chelsea Davis, director of communications for Family Farm Action and a family farmer herself, believes King’s legislation furthers the globalization of the food system and prioritizes corporate interests over family farmers. “It gives big agribusiness companies freer rein to do what they would like to do in any given state, because it lowers the standard to [whatever the criterion is in] the states that have the lowest regulation,” she said. She added, “this law says the lowest common denominator wins.”

Loss of State and Local Control

Because the federal government and some states have established low-to-no standards regarding many aspects of agricultural production, the King legislation could threaten a huge variety of state and local measures that raise the bar. For example, it could undermine Maryland’s prohibition on poultry products containing arsenic; North Carolina’s requirement that hog-farm manure lagoons and spray fields be at least 1,500 feet from occupied residences; and Georgia’s ban on the sale of dog meat.

Other state laws at risk of nullification elevate regulations on issues including child labor; handling of dangerous farm equipment; importing of diseased products like firewood or bee colonies; shark finning; standards ensuring that seeds are not adulterated; the sale criteria of products like farm-raised fish and raw milk; labeling of flagship products like wild-caught salmon, Vidalia onions, bourbon, and maple syrup; and standards that protect consumers by ensuring BPA-free baby food containers and the labeling of consumer chemicals known to cause birth defects.

Because the U.S. is so diverse, state and local governments are better positioned than the federal government to recognize, analyze, and address the needs that arise in various areas, said Patty Lovera, assistant director of the advocacy group Food & Water Watch.

“The idea [behind this legislation] is to try to tie the hands of state governments that might be willing to do a better job than the feds are doing on a lot of these issues,” Lovera said. “A lot of changes over the years have started at the state level—multiple states do it, and then the federal government decides to do it. So to stop them from doing that is a problem.”

In addition to the regulation protecting against dicamba drift, Shoemyer in Missouri worries that, if passed, the King legislation could reverse an agricultural development ordinance a neighboring county commission passed after a confined animal feeding operation (CAFO) tried to open 800 feet from Mark Twain Lake, the water source for 16 counties, including his own. He also wonders whether the legislation would affect his ability to market his non-GMO corn and beans.

King’s attempt to “move in on [his] rights” infuriates Shoemyer, who calls it, “a slap in the face to every rural region and family farmer—and anyone who really believes in and invests in their local community.”

Next Steps and Opposition

Co-sponsored by representatives Collin Peterson (D-MN), Bob Goodlatte (R-VA), Roger Marshall (R-KS), Robert Pittenger (R-NC), and Rod Blum (R-IA), the legislation is currently sitting in the House Agriculture and Judiciary subcommittees; if approved, it could progress toward law as an amendment of the 2018 Farm Bill. But a broad coalition of 75 organizations—including Farm Aid, the National Organic Coalition, the Pesticide Action Network, the National Farmworker Women’s Alliance, and the National Dairy Producers Association—have banded together to oppose the acts.

Opponents hold that King’s legislation violates the 10th Amendment, which guarantees states’ rights, and they point out that it stands in direct conflict with Republican lawmakers’ tendency to deregulate and side with states over the federal government.

“[King] is a guy always talking about states’ rights and going against the big machine,” said Irby of the Humane Society. “But in this, he’s taking the complete opposite approach. What he’s doing is drastic federal overreach and an assault on the powers of state legislatures.”

Despite the widespread opposition, Davis of Family Farm Action believes it’s important to keep educating legislators about the legislation’s negative implications and pressuring them to reject it. “You always have to be concerned with how quickly things can happen,” she said. “You might not think something has legs and all of a sudden it does, and it moves quickly.”

As a rural resident, a consumer, a family farmer, and a person invested in state and local government, Shoemyer hopes people will pay attention to the potential implications of the legislation. “It affects every single one of us,” he said.