Let’s talk about a mass shooting in New Orleans. 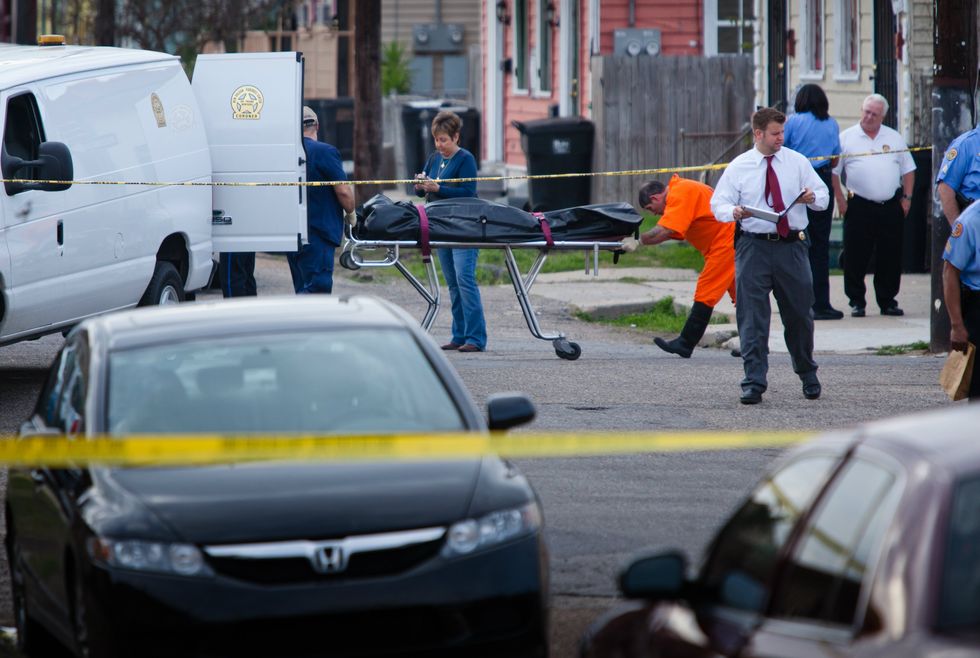 “According to preliminary information from NOPD, officers were responding to a report of gunfire in the area when they found three victims, which were taken to a hospital via EMS. Two additional victims later showed up at a hospital after they were taken there in private vehicles. A preliminary NOPD report issued Tuesday states the victims were at the same location when they heard gunshots coming from the direction of Piety Street.”

(Why does New Orleans so fascinate writers? Because names like “Piety Street” can appear in police reports. And, just for the record, there are two St. Claudes in the Calendar of the Saints and they have given their name to two cities in Canada and five cities in France, as well as a neighborhood in another part of New Orleans.)

“Three U-Haul boxes sat stacked on top of each other in the living room of a St. Claude Avenue home on Tuesday morning (May 1). The resident at the double shotgun said he bought and filled the boxes with his belongings that morning, hours after opening his front door to find a gunshot victim leaning on his front stoop.”

“The man, who asked not to be named out of concern for his safety, said violent crime in his neighborhood has gotten “progressively worse,” in the last two years. He had thought before about moving, he said, but Tuesday’s shooting in his block that left five people wounded “was the last straw.””

“In the four years he’s lived at the St. Claude neighborhood home, he has three times opened his front door to find a person who had overdosed lying unconscious or dead on his front stoop. He estimated hearing nearby gunshots about once a month. Just last week, he said, a car was shot up across the street.”

That is terrorism—disorganized and apolitical, devoid of ideology or even coherent thought, but there’s been so much shooting that this guy is moving away because of it, and that’s terrorism by any reasonable definition, and certainly, by his.

My eye was caught by this story because, three years ago, on the 10th anniversary of the simultaneous arrival in the Ninth Ward of Hurricane Katrina and the Industrial Canal, I was walking down St. Claude Avenue. I visited a remarkable place called the All Saints Community Center about 20 blocks from where five people were shot on an ordinary Monday night. But, if it weren’t for that transient connection, this mass shooting would have gone unremarked, at least as far as I was concerned. It was an ordinary, everyday mass shooting in the inchoate terrorism of ordinary, everyday life in America, where so many ordinary, everyday people have ordinary, everyday guns.

Freedom, as they say, isn’t free.

The Country Is Broken. The Kids Are Alright.