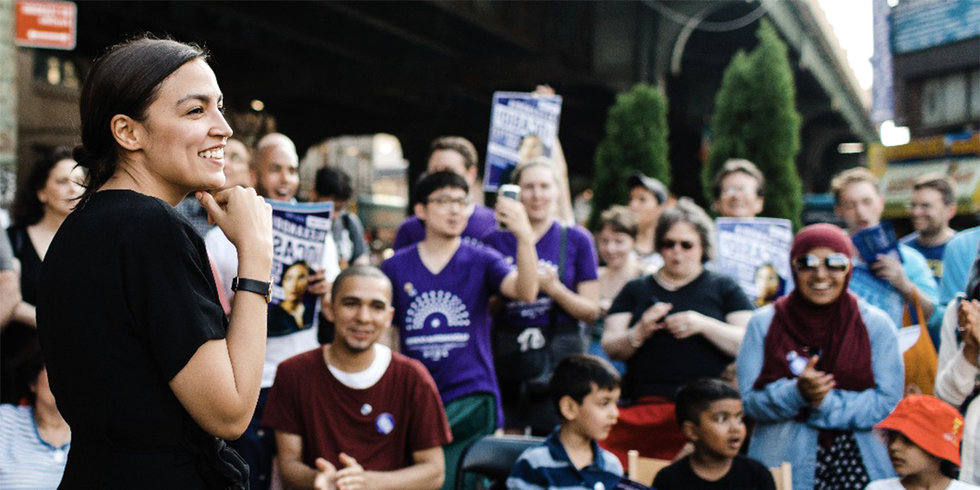 Ocasio-Cortez, a 28 year old Democratic Socialist, is now likely to win November’s general election in the historically Democratic district that stretches from the Bronx to Queens, meaning she will join Congress with some of the most ambitious climate plans of any current representative, according to The Huffington Post.

In an email to The Huffington Post, she explained her plans for a Green New Deal to help America switch to 100 percent renewable energy by 2035, which advocates say is our best shot of keeping warming below 1.5 degrees above pre-industrial levels.

“The Green New Deal we are proposing will be similar in scale to the mobilization efforts seen in World War II or the Marshall Plan,” she wrote. “We must again invest in the development, manufacturing, deployment, and distribution of energy, but this time green energy.”

Ocasio-Cortez’s climate plans dovetail with some of the other progressive points on her platform, such as a Federal Jobs Guarantee and Solidarity with Puerto Rico following the devastation of Hurricane Maria.

Ocasio-Cortez told The Huffington Post that the island would be the ideal place to test-run a Green New Deal to help with recovery efforts.

“Our fellow Americans on the island have suffered horrendous losses and need investment at a scale that only the American government can provide,” she said.

On her platform, Ocasio-Cortez also links the fight against climate change with her commitments to economic justice and immigrant rights.

“Rather than continue a dependency on this system that posits climate change as inherent to economic life, the Green New Deal believes that radically addressing climate change is a potential path towards a more equitable economy with increased employment and widespread financial security for all,” her platform reads.

Her platform also says fighting climate change is necessary “to avoid a world refugee crisis.” Concern for immigrants is a large part of her platform. She supports abolishing the Immigration and Customs Enforcement (ICE) which was created in 2003 in the post-9/11 escalation of national security operations and executive power and operates outside the Department of Justice, unlike previous immigration enforcement.

The link between the potential for global warming to increase the number of climate refugees and the need to improve the treatment of current immigrants, many of which are already fleeing deteriorating environmental conditions, is something picked up by the Democratic Socialists of America, the group to which Ocasio-Cortez belongs, on the platform for its climate and environmental justice working group, according to The Huffington Post.