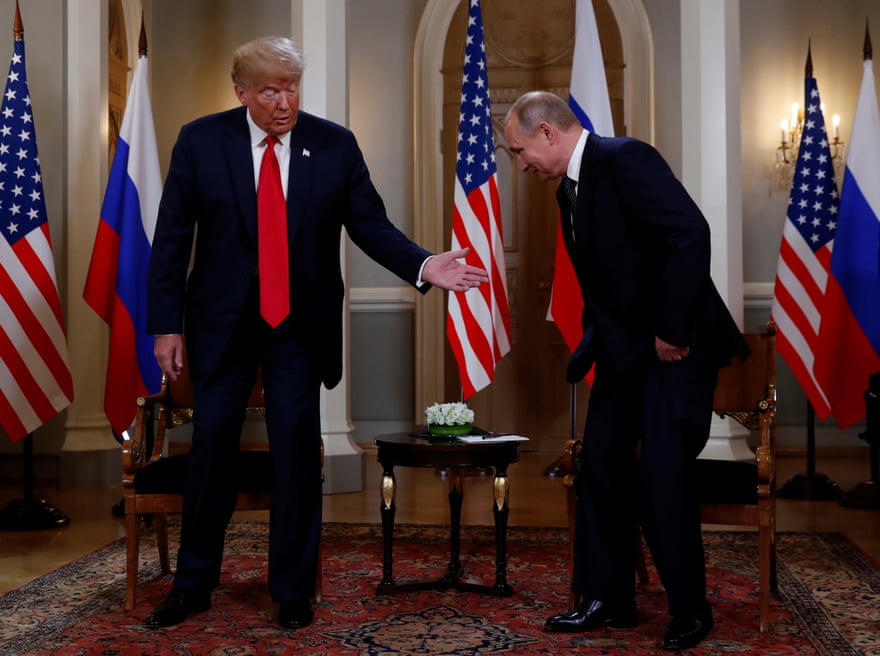 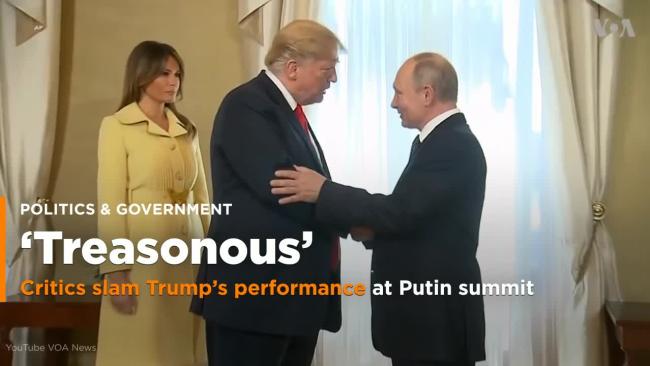 During a news conference Monday in Helsinki, Finland, Trump would not blame Russia or Putin for interference in the 2016 U.S. election, saying “we’re all to blame” for poor relations between the two countries. U.S. intelligence and government officials have concluded that the Kremlin meddled in the 2016 presidential election.

So the New York Daily News reacted to Trump’s remarks with a brutal illustration and headline, accusing the president of siding with an enemy over his own country. The illustration alluded to a statement Trump made during his presidential campaign that he could shoot someone on New York’s Fifth Avenue and not lose voters. 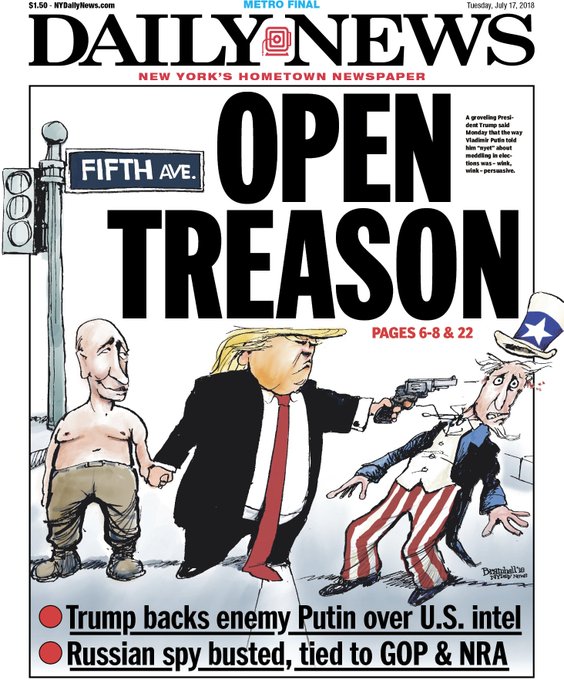 Trump’s comments after his meeting with Putin sparked outrage Monday, with even Republican leaders and Fox News hosts slamming the president.