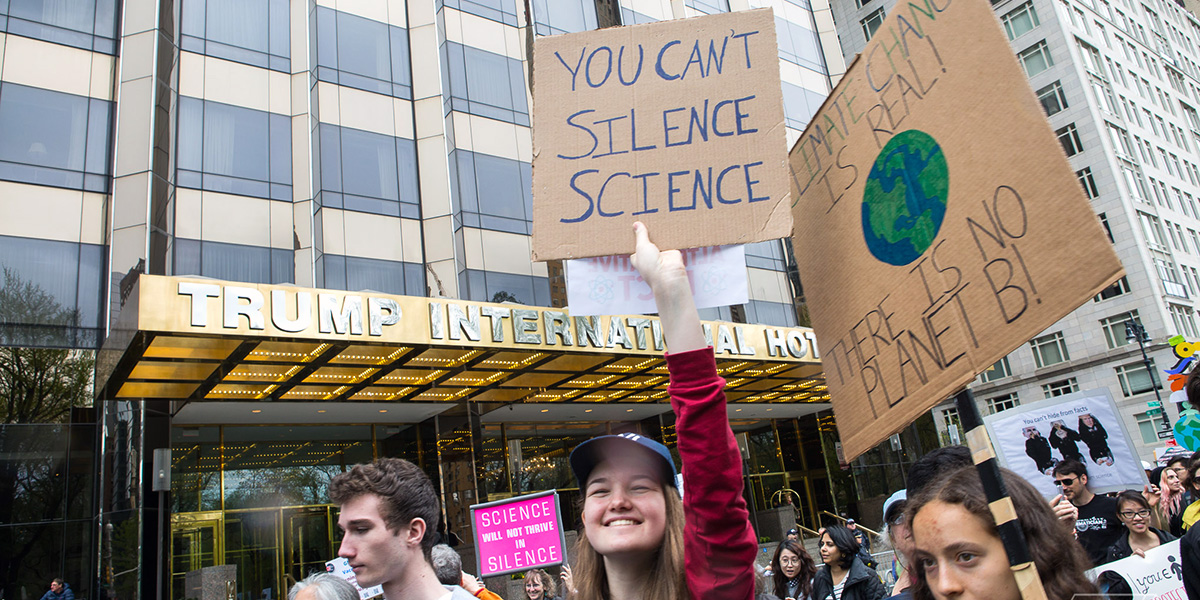 Many East Coasters will be returning to work today in bitter cold conditions after the second-coldest New Year on record.

The low temperatures over the festive period did not go unnoticed by President Donald Trump who tweeted in late December:

“In the East, it could be the COLDEST New Year’s Eve on record. Perhaps we could use a little bit of that good old Global Warming that our Country, but not other countries, was going to pay TRILLIONS OF DOLLARS to protect against. Bundle up!”

The utter ignorance and stupidity underlying this tweet is staggering for someone with so much power. As the New York Times noted in response: “Trump’s tweet made the common mistake of looking at local weather and making broader assumptions about the climate at large.”

The paper added: “To use an analogy Mr. Trump might appreciate, weather is how much money you have in your pocket today, whereas climate is your net worth. A billionaire who has forgotten his wallet one day is not poor, anymore than a poor person who lands a windfall of several hundred dollars is suddenly rich. What matters is what happens over the long term.”

“Trump is free to tweet whatever he likes. And he will continue to do so. But to use cold weather as some sort of rebuttal of broader climatological warming is not even close to accurate, factual or funny,” said CNN.

And over the long term, Trump’s toxic assault on science will have an impact on the quality of the science that the U.S. produces. In time, there will be a so-called “brain drain” of leading climate experts who will leave the U.S. to escape the noxious fumes of the Trump administration.

And it has already started to happen. Some 18 scientists are taking up French President Macron‘s offer to relocate to the country to continue work on climate change. The majority of these are relocating from the U.S.

One of the world’s most influential climate scientists, Camille Parmesan, is one such scientist, who currently works at the University of Texas and Plymouth in the UK. Her 1996 study published in the journal, Nature, on butterflies was one of the first scientific studies to document impacts of climate change on wildlife.

In an interview with the Guardian, she outlined why she has decided to relocate to France: “The impact of Trump on climate science has been far greater than what the public believe it has.”

“He has not only slashed funding, but he’s gone on the attack in any way he can with his powers as the president. University researchers are buffered from this, but scientists working at government agencies have really felt the blow,” said Parmesan. “They have been muffled and not allowed to speak freely with the press, they have had their reports altered to remove ‘climate change’ from the text, and are being told to leave climate change out of future reports and funding proposals.”

“This degrades the entire climate science community. Scientists are fighting back, but Congress needs to exercise its constitutional powers and keep the executive branch in check. This is not a partisan issue—this is about the future of America,” said Parmesan.

Reposted with permission from our media associate Oil Change International.