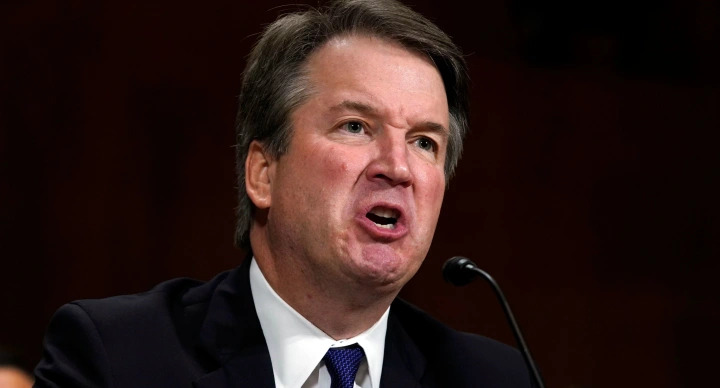 Dozens of people reportedly reached out to the FBI in recent days in the hopes of sharing potentially helpful information as the bureau conducted its “limited” probe into the sexual misconduct allegations against Supreme Court nominee Brett Kavanaugh.

But the individuals say investigators did not respond to their outreach — a silence that has prompted questions about just how “limited” in scope the inquiry really was.

Hours earlier, NBC News reported that more than 40 people “with potential information into the sexual misconduct allegations” against Kavanaugh, including multiple high school and college classmates of the judge, had tried to contact the FBI to no avail.

Attorney Alan Abramson told the outlet that he’d reached out to the bureau on behalf of his client, who he described as a friend of Deborah Ramirez, the Yale classmate of Kavanaugh’s who has accused the judge of thrusting his penis in her face at a college party.

Abramson said Ramirez had told his client in the early ’90s “about an incident that happened during Ms. Ramirez’ freshman year at Yale.” He said his client was willing to provide this “pertinent information” to the FBI — but said he had not heard back from the bureau.

On Thursday, HuffPost guest writer William Scheuerman wrote that he lived in the same residential hall at Yale as Kavanaugh, and that he’d called the FBI to suggest a list of people they should contact. The FBI didn’t get in touch with him, Scheuerman said, or with the other friends and neighbors who tried to contact the bureau.

Kenneth Appold, a professor at Princeton Theological Seminary who’d been a suitemate of Kavanaugh’s when the alleged incident with Ramirez occurred, told The New Yorker that he’d also not been contacted by investigators despite having reached out to the FBI and submitting a statement through the bureau’s website.

Appold said he had not been present at the party where the alleged incident had taken place, but said an eyewitness told him about it soon after it occurred.

“I can corroborate Debbie’s account,” Appold told the magazine. “I believe her, because it matches the same story I heard 35 years ago, although the two of us have never talked.”

Also on Wednesday, CNN published several more examples of former Yale classmates of Kavanaugh’s whose attempts to contact the FBI with information had amounted to naught. The outlet noted that none of these individuals claim to be direct witnesses of the alleged incident with Ramirez.

Liz Swisher, a former classmate of Kavanaugh’s who had … questioned Kavanaugh’s truthfulness about his drinking at Yale in testimony before the Senate Judiciary Committee, told CNN she had not been contacted by the FBI. Chad Ludington, another former classmate who said he often drank with Kavanaugh during their early years at Yale, also filled out a form, but had not been contacted back by the FBI as of Wednesday afternoon.

[…] Mark Krasberg, an assistant professor of neurosurgery at the University of New Mexico who was also a classmate of Kavanaugh’s and Ramirez’s without direct knowledge of the alleged incident, had also not heard back from the FBI despite numerous attempts to reach out to lawmakers’ offices and FBI offices directly.

Quoting security experts, CNN noted that it’s not unusual for the FBI to ignore requests from people who reach out to them with information.

“As a general matter, if the FBI is conducting an investigation … they decide who they need to talk to,” said Carrie Cordero, a former counsel to the U.S. assistant attorney general for national security.

Still, Democratic lawmakers have expressed alarm at the FBI’s apparent overlooking of potentially important witnesses in their probe of Kavanaugh.

Sen. Dianne Feinstein (D-Calif.) said in a statement Wednesday that she had “serious concerns that this is not a credible investigation.”

Sens. Kirsten Gillibrand (D-N.Y.) and Richard Blumenthal (D-Conn.) told CNN’s Wolf Blitzer that the FBI’s investigation did not appear to be sufficiently thorough.

“[It] doesn’t sound like the complete, thorough investigation that frankly senators deserve and would be due if you had a thorough background check,” Gillibrand said.

According to The New York Times, the FBI reached out to 10 people and interviewed nine as part of its probe into Kavanaugh’s past. Ramirez said she was interviewed by two agents at her lawyer’s office in Boulder, Colorado, last week; and three former classmates of Kavanaugh’s ― Mark Judge, Tim Gaudette and Chris Garrett ― were reportedly also questioned as part of the investigation.

Other than Ramirez, at least two other women have accused Kavanaugh of sexual misconduct: Christine Blasey Ford, a California professor who claims the judge sexually assaulted her when they were teenagers; and Julie Swetnick, who has accused Kavanaugh of being present during a “gang rape” in the early 1980s. Neither woman was interviewed by the FBI.

Kavanaugh has vehemently denied the misconduct allegations against him.

Speaking to The New Yorker, Ramirez said this week that she was troubled by what she described as the FBI’s apparent lack of willingness to substantiate her claims.

“I am very alarmed, first, that I was denied an FBI investigation for five days, and then, when one was granted, that it was given on a short timeline and that the people who were key to corroborating my story have not been contacted,” she said. “I feel like I’m being silenced.”

The White House refused to say on Wednesday whether the Trump administration had limited the scope of the FBI’s investigation into Kavanaugh.

Earlier in the week, President Donald Trump had claimed the bureau would have free rein to interview whomever they needed.

This story has been updated with details of Scheuerman’s account.