In the cold light of hindsight, it seems that Seth Moulton’s brainstorm to replace Nancy Pelosi with “fresh new leadership” may have been-how do you say?-premature?

Donald trump: As the Shutdown was going on, Nancy Pelosi asked me to give the State of the Union Address. I agreed. She then changed her mind because of the Shutdown, suggesting a later date. This is her prerogative – I will do the Address when the Shutdown is over. I am not looking for an….

If maps had folded that easily back when I was a kid, there would have been a lot fewer arguments on long road trips.

It is interesting to look back at how the last couple of days played out. This was probably the most fraught exchange of actual letters between a president* and a Speaker of the House since the invention of the telephone. The first letter that Pelosi dispatched to Camp Runamuck, on January 16, the one that disinvited the president* from the House chamber, was couched in all kinds of Beltway civility-speak. Pelosi “respectfully suggested” that the two of them find “another suitable date” for the president* to give his speech-once the government re-opened, of course. A day later, of course, the president* dispatched a letter to the Speaker explaining how he could not give her military transport for a trip that eventually would have placed Pelosi in Afghanistan to visit American military personnel stationed there. 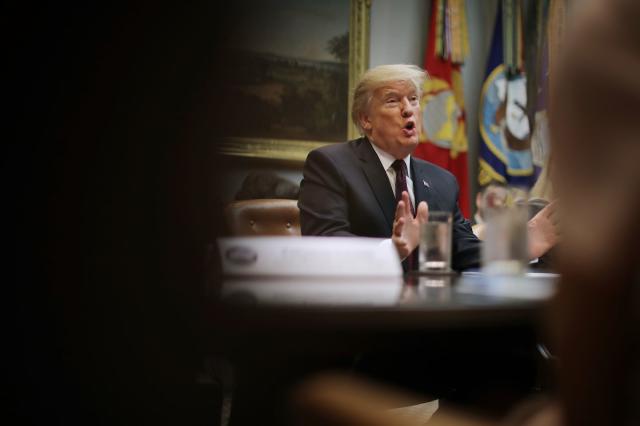 There followed a letter on Wednesday in which the president* pretended that he had not been disinvited:

I look forward to seeing you on the evening on January 29th in the Chamber of the House of Representatives. It would be so very sad for our Country if the State of the Union were not delivered on time, on schedule, and very importantly, on location!

This time, Pelosi’s response was as clear and direct as a notice of eviction:

I am writing to inform you that the House of Representatives will not consider a concurrent resolution authorizing the President’s State of the Union address in the House Chamber until government has opened.

At which point, on his preferred venue, the electric Twitter machine, the president* struck his colors Thursday morning. And, because Camp Runamuck is a nest of nasty, scheming reptiles, it appears that a lot of these cold-blooded critters are trying to save their own reputations in the aftermath. From CNN:

White House officials had believed Pelosi wanted only to postpone Trump’s State of the Union for political reasons after she sent a letter to him last week asking him to delay the address until after the partial government shutdown ended. The plan from administration officials was to call her bluff by pressing forward with plans to deliver the speech, including a new letter on Wednesday that they hoped would force her hand. In that letter, Trump said he was planning on coming to the House chamber to deliver his address on Tuesday as planned, as he had been assured by Secret Service and Department of Homeland Security officials that there would be no problem providing security for the speech. Pelosi had initially cited security concerns as a reason to delay the speech. 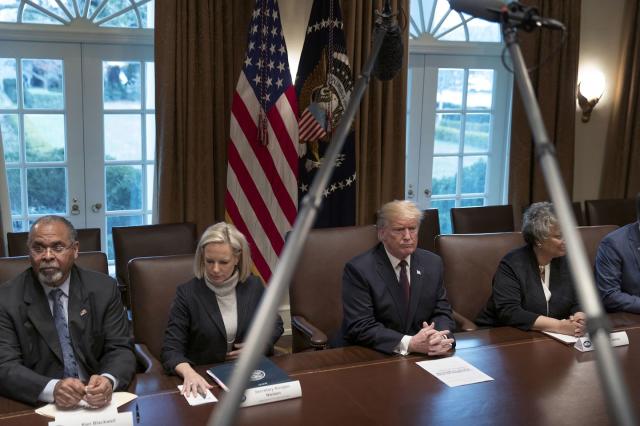 They were left considering possible alternatives before Trump scuttled the idea in his Wednesday night tweet. White House officials were hesitant to hold a campaign-style rally because they thought it wasn’t formal enough to look like the traditional speech. Officials also recognized that it’s harder to keep Trump on message during a rally, where he often feeds off the crowd, versus a more formal address. Officials noted that television networks rarely carry the rallies live. The message Trump planned to deliver at the Capitol — even one shaped around the shutdown — would be much more tamped down than the President’s usual rhetoric at a rally…Some officials believed a rally would be seen as just another campaign speech, which they acknowledge people have started to tune out.

See? It was only we Anonymous White House Officials who kept President Adderall from immolating himself and his administration from some airplane hangar in Alabama. Time was that one did not mock The Rallies. I will grant you that no president ever has deserved loyalty less-or deserved less loyalty-than this one, but, holy mother of god, could these Anonymous White House Officials grab more greedily for the ripcord? 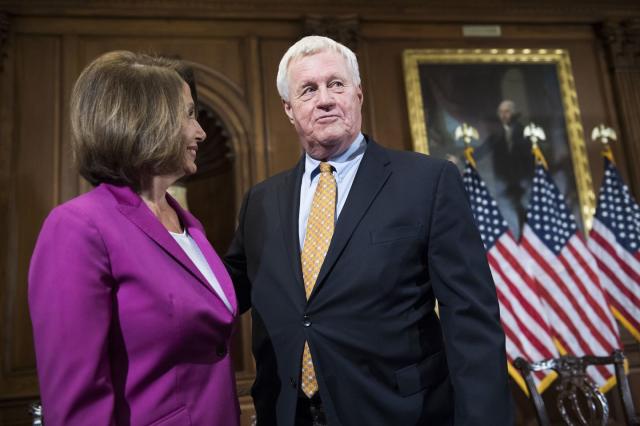 Returning to our original theme, we find that, just as Speaker Pelosi was handing the president* his own ass, 21 “moderate” House Democrats, including many of the people who wanted Pelosi out as Speaker because she was so obviously old and in the way, signed a letter suggesting something just a tiny bit short of abject surrender to the demands of El Caudillo del Mar-a-Lago. From MinnPost:

“I’d give him the whole thing,” Peterson told KFGO’s Joel Heitkamp, “and put strings on it so you make sure he puts the wall where it needs to be. Why are we fighting over this? We’re going to build that wall anyway, at some time.” Thirty-two days into the shutdown, Peterson had seemingly done what no other Democrat in Congress had yet dared to do: accede to Trump’s wall demand, and go against Democratic leaders’ insistence that the wall, an “immorality,” would receive not a dime of taxpayer money…

“I’m probably the only one left that has the guts to say what I said. It’s ridiculous,” Peterson said. “People say, [the wall] is a waste of money. Maybe it is. We’ve wasted money on stupider things than this. Maybe it isn’t going to do much good, it’s probably not going to do much harm. Why are we getting wrapped all around the axle on this?”

Brilliant, Congressman Peterson. Enjoy your primary next time around.

Some people just don’t learn. The D’Allesandro is strong in this one.