Is the End of Trump’s Presidency Near? | Opinion

This article originally appeared on the History News Network.

The scandals surrounding President Donald Trump are metastasizing rapidly, much more than anyone would have thought just a few months ago.

The investigation by Robert Mueller, now 11 months in duration, has been accumulating evidence of possible Russian collusion, obstruction of justice, abuse of power, violation of the emoluments clause of the Constitution, and the corruption surrounding many members of the Trump circle, including his own children and his son-in-law, Jared Kushner. 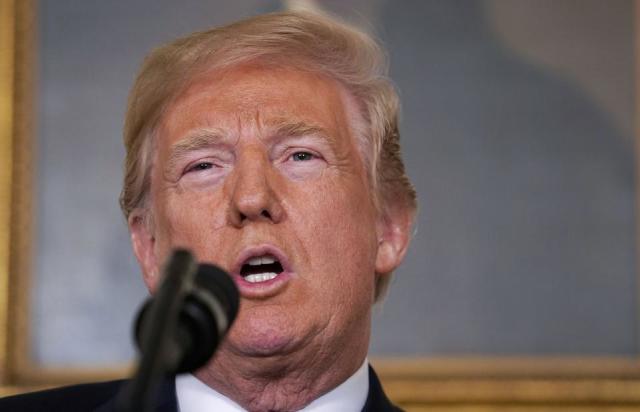 But then the Stormy Daniels scandal, and other related shameful episodes involving other women became part of the equation, and the business dealings of Donald Trump in New York State were added to the complicated situation. And now, the seizure of materials and records of Trump personal lawyer Michael Cohen raises the ante on the troubles and turmoil surrounding Donald Trump. At the same time, Trump is without stable advice from his cabinet or others, due to the chaotic nature of a constantly changing set of advisers, and his tendency to “shoot from the hip” not only in tweets, but in constantly evolving views on domestic and foreign policy challenges.

With the midterm congressional elections now less than seven months away, and with the Republicans running scared about potential massive losses, and with more criticism emerging from not only respectable conservatives, but also from some of his own loyalists, Donald Trump’s time in the Presidency seems rapidly coming toward a sudden end.

While Republican members of Congress look unlikely to abandon him before the midterm elections, it could still happen if Donald Trump fires Robert Muller, Rod Rosenstein, Jeff Sessions, and others, a constant threat. New indictments by Mueller, and the possibility of such action by the New York State Attorney General Eric Schneiderman could be in the offing very soon. And if Trump family members were to be indicted, it could put Trump under such pressure that possible resignation, through some form of arranged “deal,” is not beyond imagination. If the Democrats win control of the House of Representatives in November, impeachment action seems highly likely in 2019, although conviction in the US Senate would be nearly impossible.

However, there is a scheduled meeting of right-wing Evangelical leaders with President Trump on June 19, to consider strategy for the midterm elections, as this group is alarmed at the thought that the Trump scandals could cost them the advancement of their religious agenda. It could be, two months from now, that gloom and doom will set in, and cause these pastors and ministers and their allies to consider Trump’s resignation as preferable, as it would bring a “true believer,” Vice President Mike Pence, to the Presidency.

One would think behind the scenes that many congressional Republicans and conservatives would clearly prefer Pence, who is religiously devout, and does not have the drama and controversy that Donald Trump constantly presents. With Pence, the right-wing would not lose, but instead gain a great deal of comfort. This makes it conceivable that we’ll see a repeat of history. When Richard Nixon proved toxic in July 1974 a delegation of congressional Republicans marched to the White House to let him know his base of support on Capitol Hill had collapsed.

No matter what the future scenario, America is in a constitutional crisis of greater proportions than Watergate, and with the attendant danger of a Great Recession or a third World War, caused by a mentally unstable and highly stressed President. So while it now seems likely that Trump will outlast the 492 days of President Zachary Taylor, to be reached on May 27, 2018, once thought by this scholar to be the end point of the Trump Presidency, it seems evident that Trump will leave office before the 4th shortest Presidency, that of Warren G. Harding from 1921-1923, a total of 881 days. This would be Thursday, June 20, 2019.

So with 15 months down in the Trump Presidency, the chance of his leaving in the next 14 months at the most is on the horizon.

Ronald L. Feinman is the author of Assassinations, Threats, and the American Presidency: From Andrew Jackson to Barack Obama (Rowman Littlefield Publishers, August 2015). A paperback edition is now available.