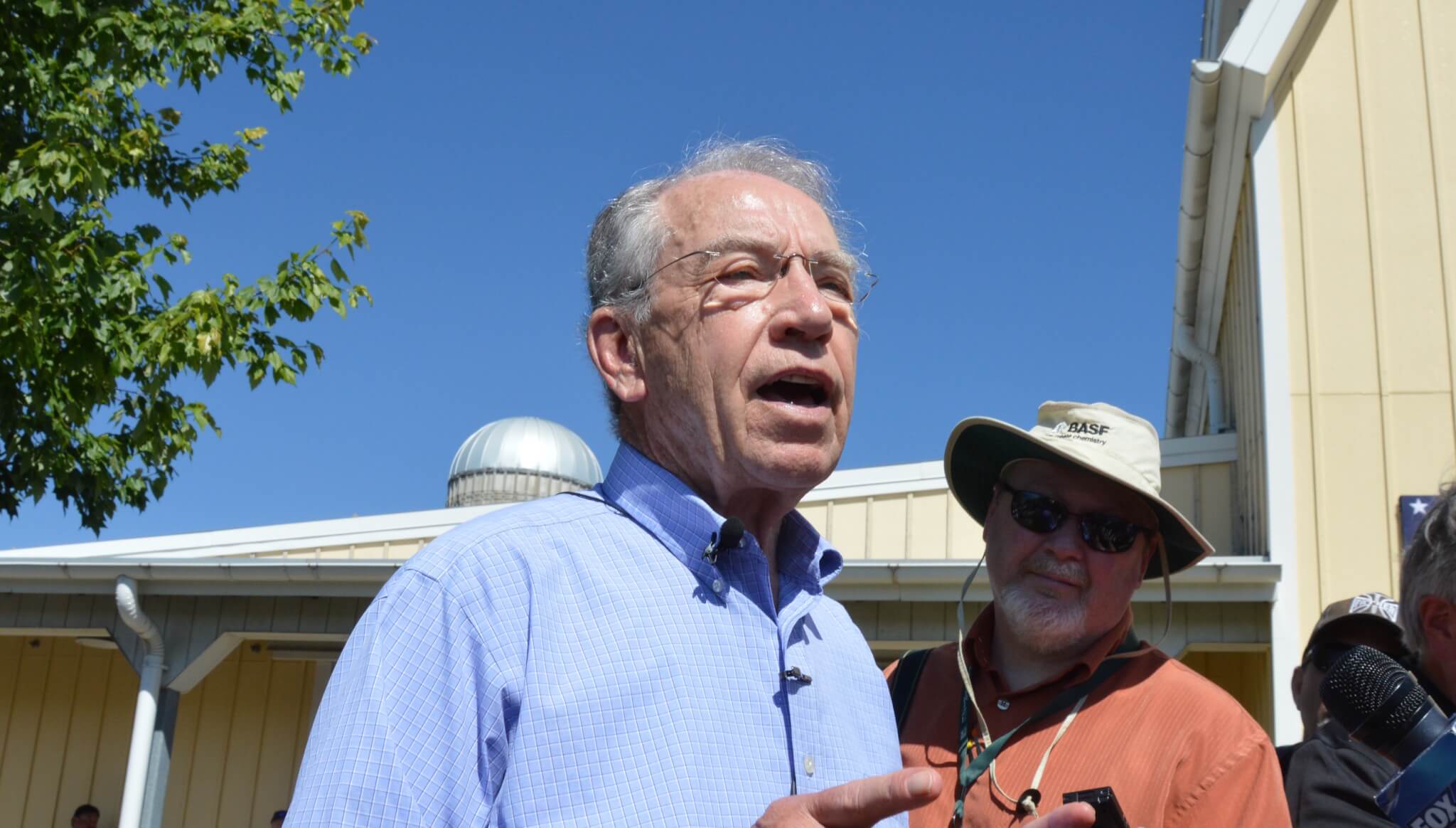 After pretending for a brief moment in 2016 that the Republican Party stood for working people, the Republican-controlled Congress reverted back to trickle-down form on Friday when they passed a tax reform bill that overwhelmingly favored the rich. Not to be outdone, though, Senator Chuck Grassley made clear his disdain for those not benefiting under the new tax law.

“I think not having the estate tax recognizes the people that are investing, as opposed to those that are just spending every darn penny they have, whether it’s on booze or women or movies,” Grassley told the Register in a story posted yesterday.

It’s difficult to think of a more condescending, elitist worldview – that if you’re not ultra-wealthy, it’s clearly because you’re wasting all your money on alcohol, frivolous fun and prostitutes (I assume that’s what he meant when he said women). Certainly it couldn’t be because people are struggling to find decent-paying jobs, are straddled with debt from the college education they need to attain better jobs, or are paying outrageous sums for health insurance and medical bills. Nope, it must be because they’re all getting hand jobs from hookers in the back of a dark movie theater while downing a bottle of Jack Daniel’s.

That’s also an interesting assumption that perhaps only the men in a household make and spend money.

If Grassley wanted to make an ideological economic argument, he could have – that conservatives believe that money invested into businesses by the rich is what drives growth, not spending by consumers – without also needlessly maligning the working class. Because it takes a certain kind of arrogance to assume that every person who isn’t as rich as you are got that way because they’re lazy or dumb or wasteful in their spending habits.

In the same article, Jason Noble explained how the estate tax (which Republicans like to call the death tax) actually affects very few people in Iowa – only 120 people filed estate tax returns last year, just 44 of which owed any taxes. Data found that only 160 farm estates nationwide had to pay the tax in 2016. Still, Grassley for years has argued that the estate tax was destroying family farms even though the numbers simply do not back that assertion up.

The estate tax only applies to estates worth $5.45 million or more that is passed on to surviving family members. In reality, this mostly affects the wealthiest Americans and their fortunate heirs, many of which have plenty of tax advisers to figure out how to limit what gets taxed. But those are exactly the kinds of people who often end up as wealthy donors to Republicans, thus drawing the party’s focus to eliminate it for decades, despite the few well-off people it affects.

So, let this be yet another reminder to all those blue-collar workers in Iowa who voted for Republicans in droves last year: Republicans do not respect you, they only care about their rich friends and they turn their noses up at your small paycheck.

For a lot of working-class people, there is a sense that lazy people living down the street from them are mooching off the government (and hey, there are some bums out there), which draws them to Republicans’ policies. But here’s the thing: Republican elected officials see everyone in the working class as bums. They’re not making a distinction between you and some of the folks around you. They think all of you are worthless if you don’t have a multi-million dollar estate. That’s the Republican Party.