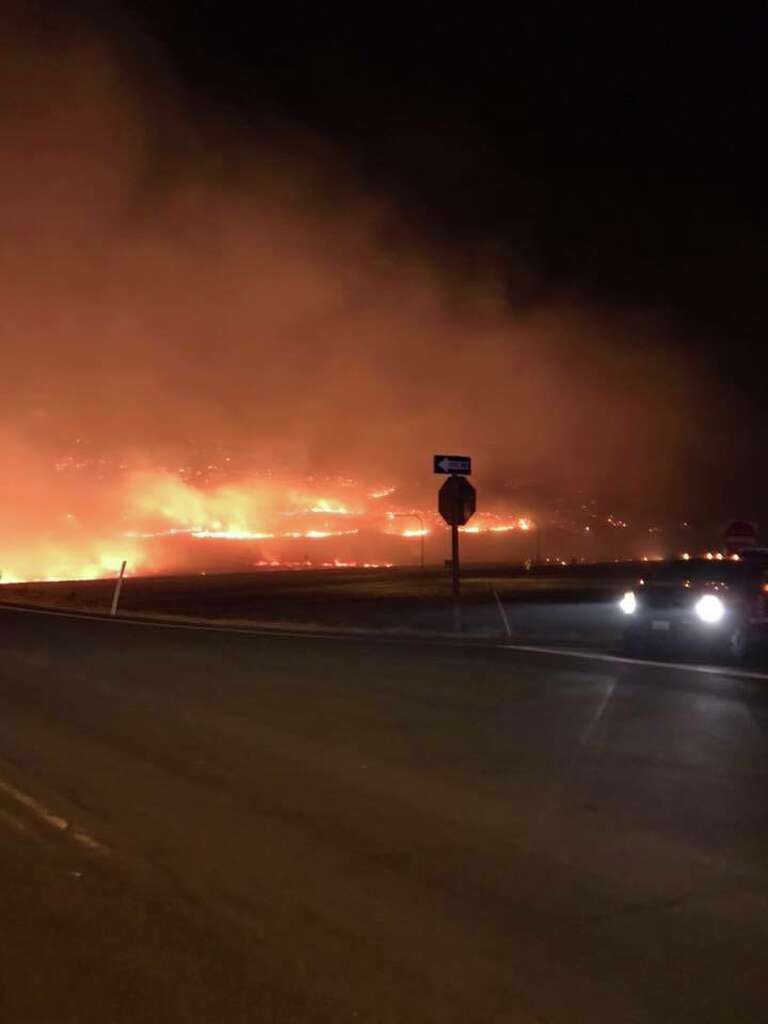 The Ryegrass Coulee wildfire burns along Interstate 90 near the Columbia River in central Washington on July 10, 2018. The fire triggered the closure of I-90 from just east of Ellensburg to the east side of the Columbia River as well as the evacuation of the town of Vantage. 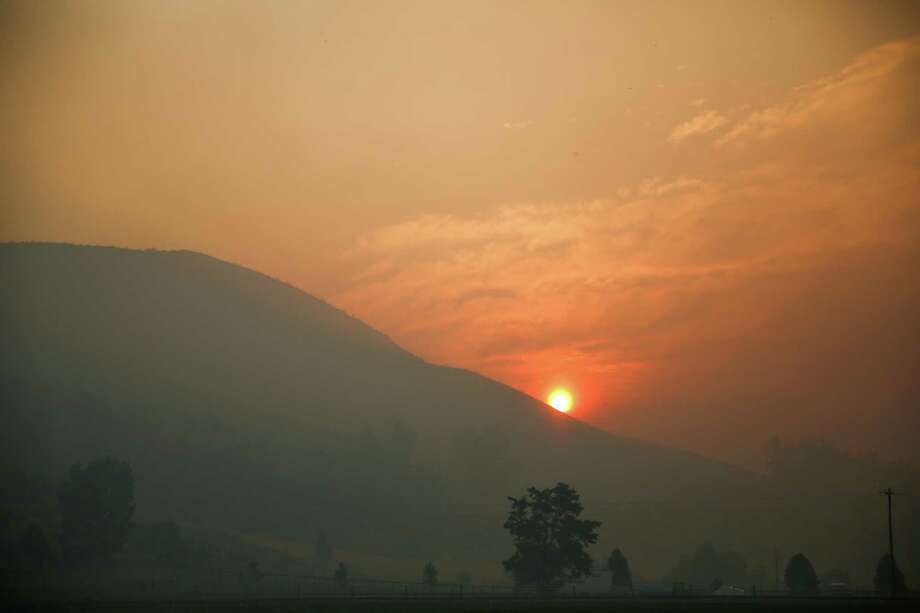 The sun rises over the Twisp River valley after a wildfire tore through the hills around Twisp, Wash. Three firefighters were killed in the inferno. Photographed on Thursday, August 20, 2015.

The Governor upbraided U.S. Interior Secretary Ryan Zinke, who declared at a California fire scene last weekend: “This has nothing to do with climate change.” Zinke blamed “extreme environmentalists” for blocking the thinning of forests.

“With climate change you have a hotter, drier climate, Mr. Zinke. You have fires. What is there about this that you cannot comprehend . . . This man works for us. We do not pay him to give us fasle information. We get enough of that from the President.”

President Trump has claimed in a tweet that California fires have been fueled by “bad environmental laws which aren’t allowing massive amounts of readily available water” to be used in fire suppression.

The fire woes of Washington began four years ago with the 256,000 acre Carlton Complex Fire in north-central Washington.

The fire season in the summer of 2017 burned more than 400,000 acres of forests and grasslands across Washington state. The state experienced 800 fires which cost $130 million to fight.

Up north in British Columbia, Premier John Horgan is dealing with his second consecutive million-acre fire season. It’s still mid-season, but nearly 600 fires are burning and the B.C. government has called in firefighters from as far distant as New Zealand, Australia and Mexico.

Inslee was at the Lawton school to push for Initiative 1631, the climate change measure on Washington’s November ballot.

The first-in-nation measure would impose a carbon fee to combat climate change, charging polluters for the right to release carbon dioxide and other greenhouse gases. The fee would be $15 for every ton of CO2 emitted.

The revenue from the fee — an estimated $2 billion in the first five years — would be invested in energy efficiency, wind and solar energy, public transit, and protection of the state’s forests and streams.

The petroleum industry, using the argument of higher gas prices, is putting together a multimillion-dollar war chest to fight I-1631. The initiative is supported by a red-green coalition of labor, conservation groups, and activists from the minority community.

The Earth is currently experiencing its fourth-warmest year since recordkeeping began. The three hotter years were 2015, 2016 and 2017.

Fires have not just hit forests, but have burned over rangelands, and invaded populated areas such as Santa Rosa, California, the Napa Valley, and corners of Redding, California.

A huge fire in Alberta, two years ago, invaded and burned neighborhoods in the oil center of Fort McMurray, Alta. The town of Telegraph Creek, in northern British Columbia, has been partially burned by the latest round of fires.

The Trump administration has taken a different tack — blame the greens.

“We have been held hostage by these environmental terrorist groups that have not allowed public access, that have refused to allow harvest of timber,” Zinke told right-wing Breitbart News in an interview.

Inslee believes the administration is putting emphasis on protecting the carbon economy as firest burn and get worse.

“That man (Zinke) would sell his grandchildren for the oil industry,” said Inslee.

“We have just seen the beginning of the firestorm,” he added.

Vancouver and Seattle residents have spent the week breathing smoke from fires, at times so intense that people have been urged to stay indoors. “The situation has been much worse east of the mountains than in Seattle,” said Dr. Ken Lans, head of Washington Physicians for Social Responsibility, who appeared with Inslee.

The poor air quality has come as a reminder that human health and the health of the environment are closely related. Or as Inslee put it, “Our children deserve lungs that breathe clean Washington air rather than smoke from hundreds of fires.”

Will smoke in the air finally serve as a warning that impacts of climate change are being directly felt?

Inslee answered with a quip, but a serious quip. “I don’t believe Trump’s hot air will trump this smoke,” said the Governor..