‘I worked for $2.46 an hour’: Struggling farmer slams supermarkets over milk prices during drought

A drought-stricken dairy farmer has made an emotional plea to Australia’s leading supermarkets for a fairer rate for his produce as he struggles to make ends meet.

Father of three Shane Hickey took to Facebook on Tuesday to say he was earning just $2.64 an hour in the last month as Australia’s east suffers from one of the worst droughts of the last 100 years.

“As you can tell its really dry at the minute, like it’s super, super dry,” the northern NSW farmer began.

While grateful for the widespread support farmers have received, he singled out Woolworths, Coles, Aldi and IGA for “screwing the arse off” the farming community. 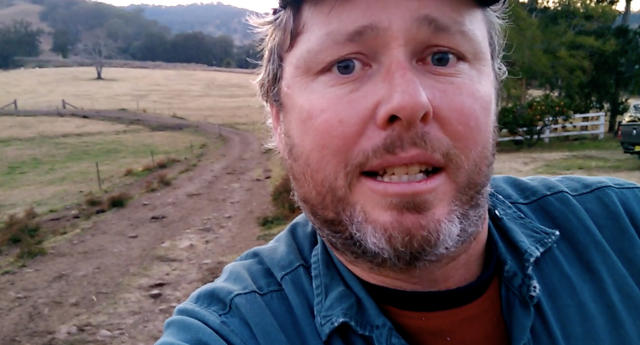 Farmer Shane Hickey took to Facebook to reveal the dire situation he and other farmers find themselves in. Source: Facebook/ Shane Hickey

“I worked for $2.46 an hour. Now something’s got to change. You can’t keep this s*** up. People can’t expect farmers to continually work for nothing,” he said.

He said as the leading supermarkets “just keep on selling milk and cheese and everything else”, he was unsure where their stock will come from after his production was down 50 per cent from this time last year.

Mr Hickey’s claims were a pressing matter in the Senate on Tuesday, with United Australia Party Senator Brian Burston urging for the government to force supermarkets to increase the price of milk from as little as $1 per litre during the drought period. 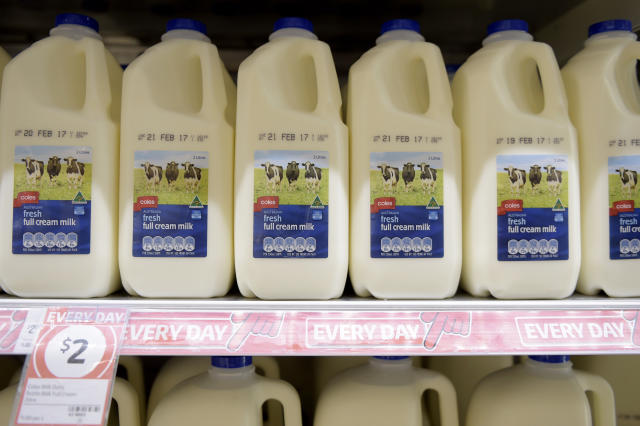 Despite supermarkets retailing milk as cheap as $1 per liter, the ACCC report revealed they weren’t to blame for farmers struggling to make money. Source: Getty

“The ACCC noted that if supermarkets were to increase the price of milk, processors would still not pay farmers any more than they have to in securing milk and that the farmgate prices received by farmers would be unlikely to increase,” he said.

Labor Senator Anthony Chrisholm and Greens Senator Janet Rice agreed that increasing the shelf price of dairy products was not the short-term answer to help farmers.

The ACCC’s report into the dairy industry was published in April and instead identified the relationship between farmers and the processor, and the processor and retailers for the “imbalance in bargaining power at each level of the dairy supply chain”.

Supermarkets boast about donations to farmers

Inline with the ACCC’s findings, supermarkets have highlighted what they are doing to support farmers during their hardship instead of raising the cost of dairy products.

A Coles spokesperson told Yahoo7 News that they are full supportive of the farmers over the current conditions and have identified certain areas they believe they can help.

“Coles last month announced the Coles Nurture Fund would provide $5 million in grants and interest-free loans for farmers who have a project which will help them to combat drought,” the spokesperson said. 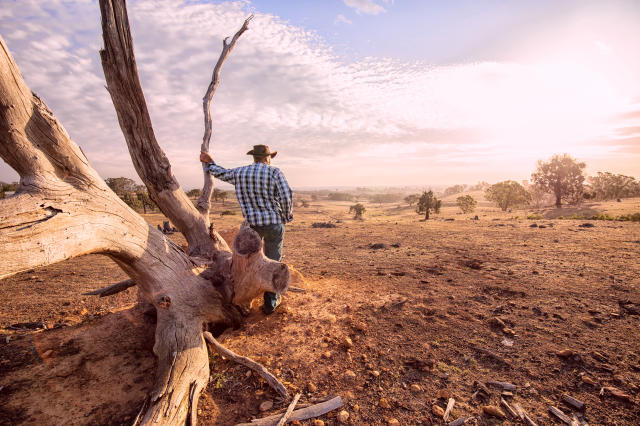 The drought affecting 100 per cent of NSW and substantial parts of Queensland is one of the worst to hit Australia in the last 100 years. Source: Getty

“Coles is also raising money in stores across the country for the CWA’s drought relief efforts, to provide more immediate assistance, and Coles is matching every donation dollar-for-dollar.”

‘It means so much’: Donated feed delivered to farmer who faced shooting 1200 sheep

The spokesperson said the company has raised over $1.8 million in just over two weeks, but did not address the company’s dairy pricing policy.

Woolworths donated 100 per cent of profits from fresh food sales to the drought-stricken farmers from Saturday.

The drive follows Woolworths’ initial $1.5 million donation to the Buy a Bale campaign in July.

“We know there are many Australia farmers doing it tough with the drought and that’s why we’ve been working closely with Rural Aid to ensure more support can be provided to those impacted,” a Woolworths spokesperson told Yahoo!7 News.

The spokesperson reiterated the price a dairy farmer receives for milk is out of the supermarket’s control.

An Aldi Australia spokesperson said their efforts to help farmers are ongoing.

“ALDI is supporting drought affected farmers on a community level through food donations and fundraising from our stores,” the spokesperson said.

“We have also committed to a fundraising partnership on a national level and will share further details on this in due course.”