I Have No More Patience for Trump Supporters

Last night in Arizona, Trump came right up to the edge of inciting you to riot and you rode along with him. 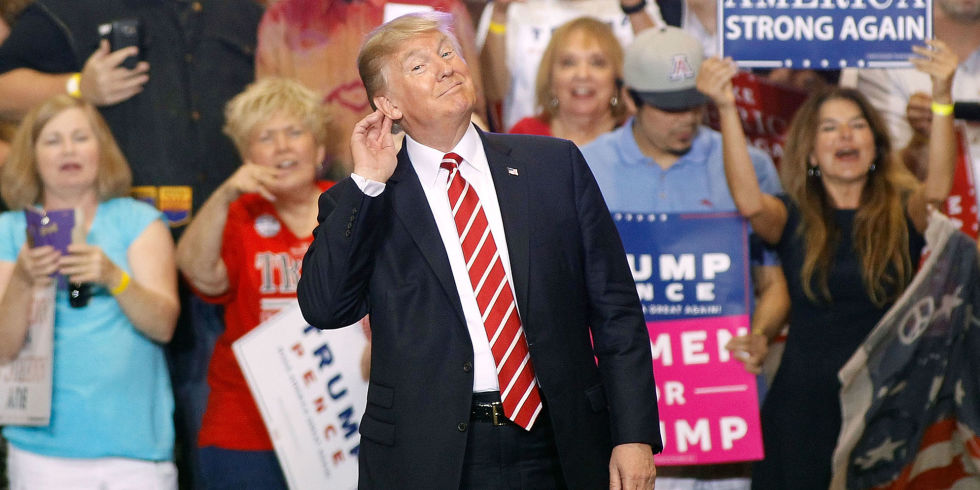 At least, old Ted Agnew had the late William Safire writing his stuff for him. “Nattering nabobs of negativism.” “Pusillanimous pussyfooters.” I mean, that’s the top-shelf brand right there. It’s an honor to have such invective thrown in your direction. Ol’ Ted broke new ground in only two areas—taking cheap-ass bribes in the office of the vice president and attacking the media.

Instead, 45 years later, we get this mendacious litany of sixth-grade sneering:

So the — and I mean truly dishonest people in the media and the fake media, they make up stories. They have no sources in many cases. They say “a source says” — there is no such thing. But they don’t report the facts. Just like they don’t want to report that I spoke out forcefully against hatred, bigotry and violence and strongly condemned the neo-Nazis, the White Supremacists, and the KKK.

I openly called for unity, healing and love, and they know it because they were all there. So what I did —

So what I did is I thought, I’d take just a second, and I’m really doing this more than anything else, because you know where my heart is, OK?

I’m really doing this to show you how damned dishonest these people are.

You know why? Because they are very dishonest people. So I said, racism is evil. Now they only choose, you know, like a half a sentence here or there and then they just go on this long rampage, or they put on these real lightweights all around a table that nobody ever heard of, and they all say what a bad guy I am. But, I mean do you ever see anything — and then you wonder why CNN is doing relatively poorly in the ratings. Because they’re putting like seven people all negative on Trump. And they fired Jeffrey Lord, poor Jeffrey. Jeffrey Lord. I guess he was getting a little fed up, and he was probably fighting back a little bit too hard. They said, we’ve better get out of here; we can’t have that.And those who cause violence in its name are criminals and thugs, including the KKK, neo-Nazis, white supremacists and other hate groups that are repugnant to everything we hold true as Americans. Now let me ask you, can it be any better than that, in all fairness? And you know I mention that, but to the best of my knowledge when there was a big problem, Barack Obama never said it took place because of radical Islamic terrorists, he never said that, right.

And, finally, the full Schickelgruber:

And — and I say it, and you know, we’re all pros. We’re all, like, we have a certain sense. We’re smart people. These are truly dishonest people. And not all of them. Not all of them. You have some very good reporters. You have some very fair journalists. But for the most part, honestly, these are really, really dishonest people, and they’re bad people. And I really think they don’t like our country. I really believe that. And I don’t believe they’re going to change, and that’s why I do this. If they would change, I would never say it. The only people giving a platform to these hate groups is the media itself, and the fake news…These are sick people. You know the thing I don’t understand? You would think — you would think they’d want to make our country great again, and I honestly believe they don’t. I honestly believe it. If you want to discover the source of the division in our country, look no further than the fake news and the crooked media… 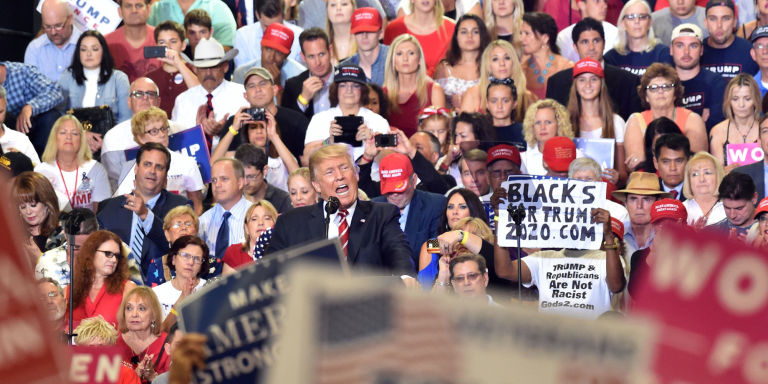 Before we get to the other stuff, and there was lots of other stuff, I’d like to address myself to those people represented by the parenthetical notation (Applause) in the above transcript, those people who waited for hours in 105-degree heat so that they could have the G-spot of their irrationality properly stroked for them. You’re all suckers. You’re dim and you’re ignorant and you can’t even feel yourself sliding toward something that will surprise even you with its fundamental ugliness, something that everybody who can see past the veil of their emotions can see as plain as a church by daylight, to borrow a phrase from that Willie Shakespeare fella. The problem, of course, is that you, in your pathetic desire to be loved by a guy who wouldn’t have 15 seconds for you on the street, are dragging the rest of us toward that end, too.

A guy basically went mad, right there on the stage in front of you, and you cheered and booed right on cue because you’re sheep and because he directed his insanity at all the scapegoats that your favorite radio and TV personalities have been creating for you over the past three decades. Especially, I guess, people like me who practice the craft of journalism in a country that honors that craft in its most essential founding documents. The President of the United States came right up to the edge of inciting you to riot and you rode along with him. You’re on his team, by god.

Are you good people? I keep hearing that you are, but let’s go back to Tuesday night’s transcripts and see what we find:

But, you know, they all said, Mr. President, your speech was so good last night, please, please, Mr. President don’t mention any names. So I won’t. I won’t. No I won’t vote — one vote away, I will not mention any names. Very presidential, isn’t’ it? Very presidential. And nobody wants me to talk about your other senator, who’s weak on borders, weak on crime, so I won’t talk about him.

Right there, in the passive-aggressive fashion of the true moral coward, he made a bobo out of a former POW who currently is undergoing treatment for what is likely a terminal brain cancer. And you chanted and cheered. Do good people chant and cheer a rhetorical assault on a dying man of respect and honor? 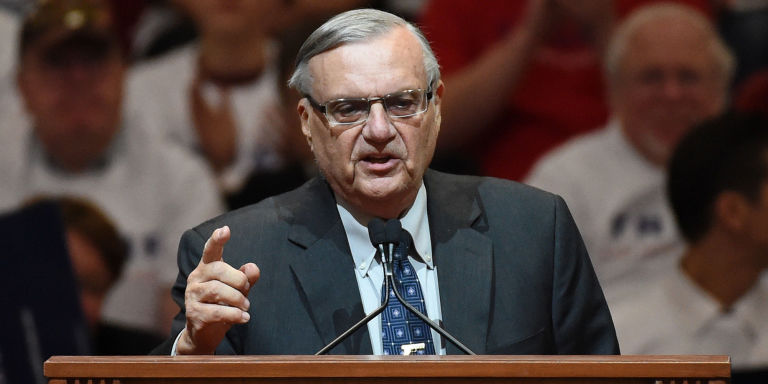 I have no more patience, and I had very little to start with. I don’t care why you’re anxious. I don’t care for anybody’s interpretation of why you voted for this abomination of a politician, and why you cheer him now, because any explanation not rooted in the nastier bits of basic human spleen is worthless. I don’t want any politicians who seek to appeal to the more benign manifestations of your condition because there’s no way to separate those from all the rest of the hate and fear and stupidity. (And, for my colleagues in the Vance-Arnade-Zito school of Trump Whispering, here’s a hint: They hate you, too.) I don’t care why you sat out in a roasting pan since 5 a.m. Tuesday morning to whistle and cheer and stomp your feet for a scared, dangerous little man who tells you that your every bloody fantasy about your enemies is the height of patriotism. You are now the declared adversaries of what I do for a living, and your idol is a danger to the country and so are you. Own it. Deal with it. And, for the love of god, and for the sake of the rest of us who live in this country, do better at being citizens.

(Also, note to all the Purity Police who think people like Joy Reid are “red-baiting” when they mention that Russian ratfcking helped decide the last presidential election. That bit right at the end there? That’s actual red-baiting. Please take notes. I don’t want to have to go over this again.)

It was a deadening, numbing 77 minutes. (If there’s one modern orator he most resembles, it’s Fidel Castro.) The abiding feelings that I took away from this carnival of the Id were twofold: first, that this jefe manqué is on the verge of sending people infinitely better than he is to die in a war he doesn’t understand, and second, and probably most important, this is a president* who is scared to death. He’s frightened of the responsibilities of his office, of the mounting unpopularity of both himself and his policies, and of the hounds baying at the frontiers of his shady past and shadier present. He’s terrified, and he should be. He’s desperately shoring up the bubble that his ovine followers helped him build to insulate him from the truth and from empirical reality.

Come to this house.