In the three years since Donald J. Trump announced his candidacy for president, there has been plenty of investigation into his financial history — especially because he broke with tradition and declined to release his tax returns.

In 2016, David Barstow, Susanne Craig and Russ Buettner of The New York Times obtained his 1995 tax returns, showing that he could have avoided paying taxes for nearly two decades. And for their article on Wednesday’s front page, they worked together for more than a year to investigate the wealth that the president inherited from his father.

“It’s unusual to dive into what you think is an extremely well-covered subject and to find so much completely new stuff, stuff that just is astonishing,” Mr. Barstow said. “It’s a great reminder that even things that you think are well described, there are these other deeper layers.”

Over all, the effort was sprawling and multilayered, involving more than 100,000 pages of documents, both public and confidential; interviews with key sources and requests through the Freedom of Information Act. Together, they showed that the president participated in dubious tax schemes in the 1990s, including outright fraud, and that he wasn’t the self-made billionaire he has claimed to be. 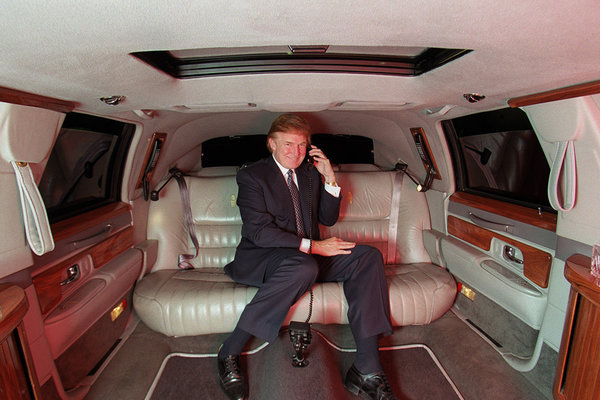 The investigation started with a simple question: What was going on with the president’s finances from 1995 to 2005? The team knew he had reported a loss in 1995 of almost $1 billion, as they had reported in 2016, and then a $150 million profit in 2005, as David Cay Johnston, a former New York Times reporter, reported on Rachel Maddow’s MSNBC program last year, based on two pages of those tax returns.

A central finding of the story began to emerge in April 2017, when Ms. Craig had been Google searching an arcane term the group was interested in — “mortgage receivable,” which the Trumps used to describe the mortgages from the children to Fred — paired with the last name “Trump.” She found the disclosure form that the president’s sister Maryanne, a federal judge, had filed related to her Senate confirmation hearing. Unlike the many she filed during her years on the bench, this one was not redacted. In that document, Ms. Craig noticed a $1 million contribution from an obscure family-owned company: All County Building Supply & Maintenance.

“‘What the heck?’” Ms. Craig remembered thinking. “That was the first inkling we had that, hey, there’s something to do with this company that we need to figure out.”

The trio began to talk to people familiar with the president’s father and his empire. Those people told them that the company was a middleman entity created by President Trump and his siblings essentially to move cash from Fred Trump’s companies to his children. After All County bought various items for Fred Trump’s buildings, like boilers and cleaning supplies, a secretary would bill the items to Fred Trump’s buildings with a 20 to 50 percent markup. The siblings would then pocket the difference.

In short, the siblings received millions in untaxed gifts from their father, skirting a 55 percent tax on gifts over a certain value that would have cut the total significantly.

“When we came to that realization, that was a big day for us,” Mr. Buettner said.

Over the next several months, the reporters would obtain tens of thousands of pages of documents, including more than 200 tax returnsfrom Fred Trump, his companies and various Trump partnerships and trusts. (“We have a virtual mountain of spreadsheets,” Mr. Barstow said. “We should have spreadsheets for our spreadsheets.”) The trove included previously secret depositions, including one in which Robert Trump, the president’s brother, admitted that the family used the padded receipts from All County to justify higher rent increases for their tenants in rent-regulated apartments.

This year, another breakthrough came when the team matched a boiler receipt from a personal injury lawsuit Mr. Buettner found that named All County — a man was injured by the boiler in a Trump building — to a boiler receipt they obtained via a FOIA request to New York City. They found two identical purchase-order numbers, with the bill from All County to Fred Trump marking up the boiler price by 20 percent.

“It was like these two puzzle pieces came together — one from the lawsuit and the other from the FOIA request,” Ms. Craig said. “We call it the Perry Mason moment.”

Mr. Barstow then tracked down the man who sold that boiler to Fred Trump: Leon Eastmond, the owner of A. L. Eastmond & Sons, a Bronx company that makes industrial boilers. Mr. Eastmond said he remembered the lunch meeting during which Fred Trump negotiated the price of 60 boilers, and later receiving checks in the mail from All County. He said that he had never heard of All County before those checks, and that he had mainly interacted with Fred Trump, his secretary and Robert Trump.

If the investigation was a “massive jigsaw puzzle,” then Mr. Eastmondwas “the piece that fit perfectly in the center of the puzzle,” Mr. Barstow said.

Throughout the investigation, they didn’t hit the typical lulls investigative reporters face — the dead ends or the weekslong digs without any big breakthroughs. “There never went three weeks that went by where we didn’t move the ball that much further down,” Ms. Craig said. “We just kept finding stuff and finding stuff.”

The worry, instead, was how they would decide which threads to follow.

The article emphasizes just how much remains to be uncovered in the Trump tax return saga, Ms. Craig, Mr. Barstow and Mr. Buettner said.

“One of the big themes of this story is this one little alleyway that we wandered down, and all that it sort of revealed to us is how little we actually do know about the president’s financial history,” Mr. Barstow said. “In all of the books, all of the profiles, all of the newspaper stories, we haven’t found one mention of Donald Trump and All County Building Supply.”