The Guardian  Politics – Book of the day

“How Democracies Die” review – the secret of Trump’s success

Steven Levitsky and Daniel Ziblatt have written a fascinating, and alarming, account of how the US shook off its democratic safeguards and gave the world Donald Trump 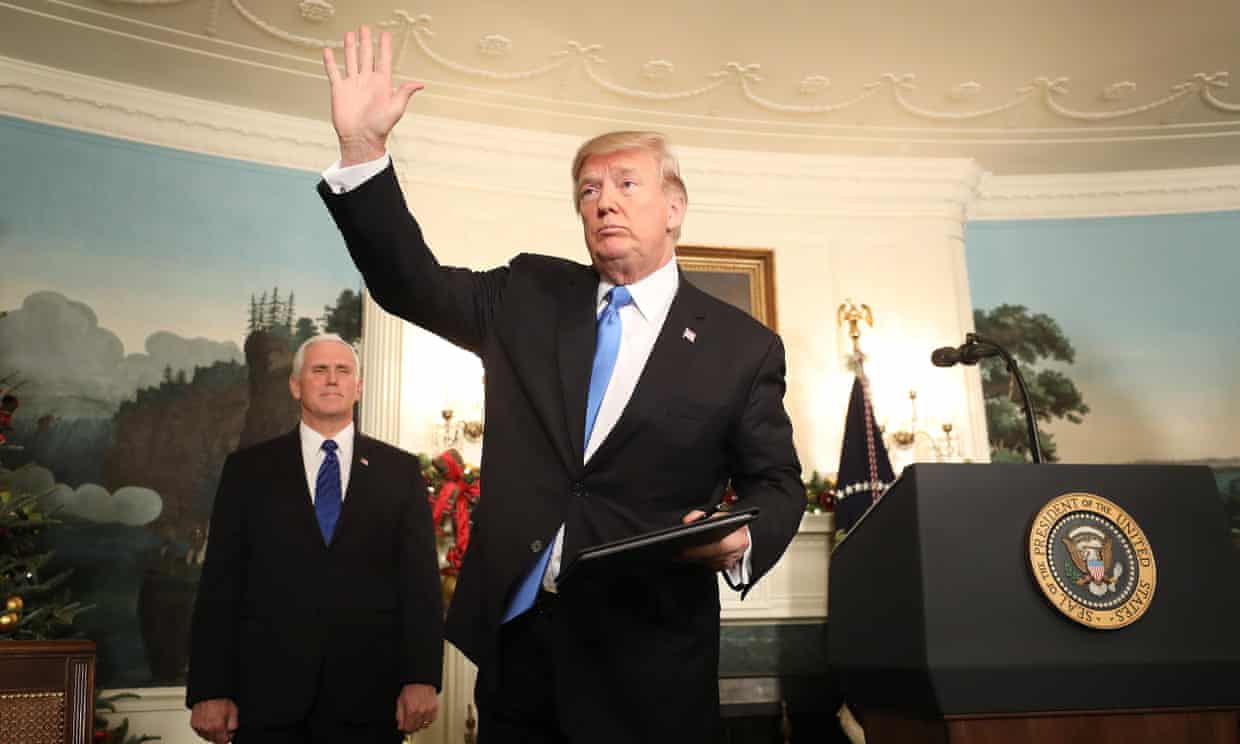 History, the surprisingly fashionable Alexander Hamilton remarked in 1787, teaches that men who overthrow republics begin “by paying an obsequious court to the people; commencing demagogues and ending tyrants”.

In other words, dictators do not always arrive at the head of columns of troops. When they seize the television stations, they do not send in soldiers but party loyalists who promise to end “fake news”. They do not need to imprison judges, just pack their courts and rewrite the constitution to make opposition impossible. They win democratic elections, then dismantle democracy.

Elected dictators have traits we should have learned after all this time to recognize in advance. They reject the conventions of democratic life. They will do anything to win power and tell any lie to retain it. They do not just want to beat their opponents but to destroy them and with them the possibility of change. To justify their assaults, they use the language of civil war. When their supporters turn to violence, they approve with winks and nods. When their opponents criticize, they are not citizens exercising their democratic rights but criminals spreading libel or treason – “enemies of the people”, to coin a phrase.

Until the election of Donald Trump, I might have been describing Orbán, Erdoğan, Chavez or Putin. Readers would have retained the satisfaction of knowing that authoritarian dictators lied and fixed far away in South America and the old Soviet empire. Whatever happened, it happened somewhere else and could not happen here.

Every serving Republican leader put party before country, endorsing a demagogue they knew was a threat

The greatest of the many merits of Steven Levitsky and Daniel Ziblatt’s contribution to what will doubtless be the ballooning discipline of democracy death studies is their rejection of western exceptionalism. There are no vaccines in American (or, I would add, British) culture that protects us: just ways of doing business that now feel decrepit.

The alternative history of Philip Roth’s The Plot Against America, now selling again for all the obvious reasons, has the pro-Hitler demagogue Charles Lindbergh winning the 1940 presidential election. The US constitution did not ensure the plot was a fiction. In their time, not just Lindbergh, but Huey Long, Henry Ford and George Wallace could have been contenders, but the Republican and Democratic party establishments would not give them the chance to run for national office. Imagine how reprehensible their backroom maneuvers would appear in the 21st century. Privileged men in smoked-filled rooms – not that they would smoke today, nor would they all be men – denying the people a choice. Who defends such elitism? Nevertheless, it remains a matter of record that the open primaries, which stop the establishment blocking the unhinged and the dangerous, allowed Republican members to overrule the party elite and give America and the world Donald Trump.

As Levitsky and Ziblatt emphasize, democracy survives when democratic leaders fight for it. They tell inspiring stories I had not heard before, of conservative and Catholic politicians taking on interwar fascists in Belgium and Finland, rather than their traditional opponents on the left. A readiness to fight “your side” is not confined to the history books. François Fillon recognized that the preservation of democracy was more important than divisions between left and right when he told French conservatives to vote for Macron rather than Le Pen.

Fillon’s warning that “extremism can bring only misery and division to France” helped defeat the Front National. But it took guts. To understand why, think of the reaction to Labor politicians telling their supporters to vote Tory to stop Corbyn or Tory politicians telling their supporters to vote Labor to stop Rees-Mogg or Johnson or whatever other loudmouthed charlatan Conservative party members impose on Britain when Theresa May resigns. 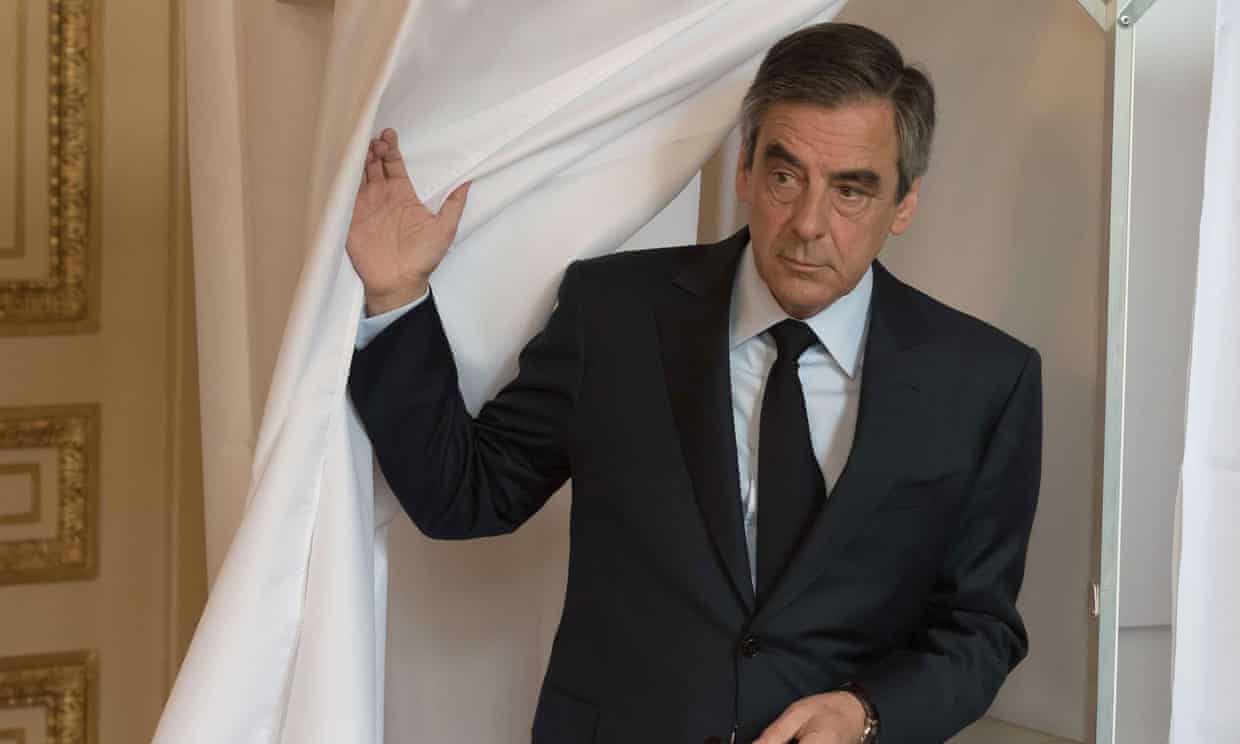 François Fillon, who warned that ‘extremism can bring only misery and division to France’.

American conservatives lacked the courage. Once he was nominated, the only way to stop Trump was to endorse Hillary Clinton. Every senior Republican opposed Trump because he ticked the boxes on the authoritarian leader checklist. He talked the language of civil war: Clinton was not just an opponent but a criminal. Trump despised democratic liberties and said he wanted to remove restrictions on public figures suing for libel, as Rafael Correa’s Ecuadorian regime does with great effect today, and as the police officers of the white supremacist south did before the US supreme court stopped them threatening editors with crippling penalties for endorsing the civil rights movement.

Trump incited violence at his campaign rallies. “If you see somebody getting ready to throw a tomato,” he told supporters, “knock the crap out of them, would you?” In power, he has fired the head of the FBI for doing his duty, just as Putin, Orbán, Chavez and Erdoğan have fired public officials they could not control. The devil dwells in the detail and the small obscenities are as telling as the large. What kind of leader, what kind of man, can say of a woman journalist that she came to see him “around New Year’s Eve, and insisted on joining me. She was bleeding badly from a face-lift. I said no!” Not the kind you would want within 1000 miles of power.

Yet, when it came to it, every serving Republican leader – McCain, McConnell, Rubio, Ryan and Cruz – put party before country and endorsed a demagogue they knew was a threat to free institutions.

The authors are free from nostalgia. They emphasize that America’s reconciliation after the civil war was based on the north allowing the south to disenfranchise African Americans. It was easier to maintain “civility” and “bipartisanship” when white supremacist southern Democrats rubbed along with country club Republicans. Reaction against the emancipation that the civil rights movement brought in the 1960’s is as good a place as any to start in trying to understand the decadence of the American right.

In an aside I could have done with Levitsky and Ziblatt expanding, they remark that there is no example in history of a successful multiracial democracy where the native population has become a minority. White Protestants are already a religious minority. In the foreseeable future, whites will be an ethnic minority. Their anger at their loss of status may turn the Republican party into a franchise for the Trump brand. Republican suppression of black and immigrant votes may then allow it to retain power. Ballot rigging works well enough for Putin and Orbán, after all.

You can find grounds for hope in the Republican party’s refusal to allow Trump to silence the Russia inquiry and the president’s unpopularity. Maybe America will return to normal. But as the authors of this excellent book, which manages to be scholarly and readable, alarming and level-headed, would be the first to say: there are no guarantees.