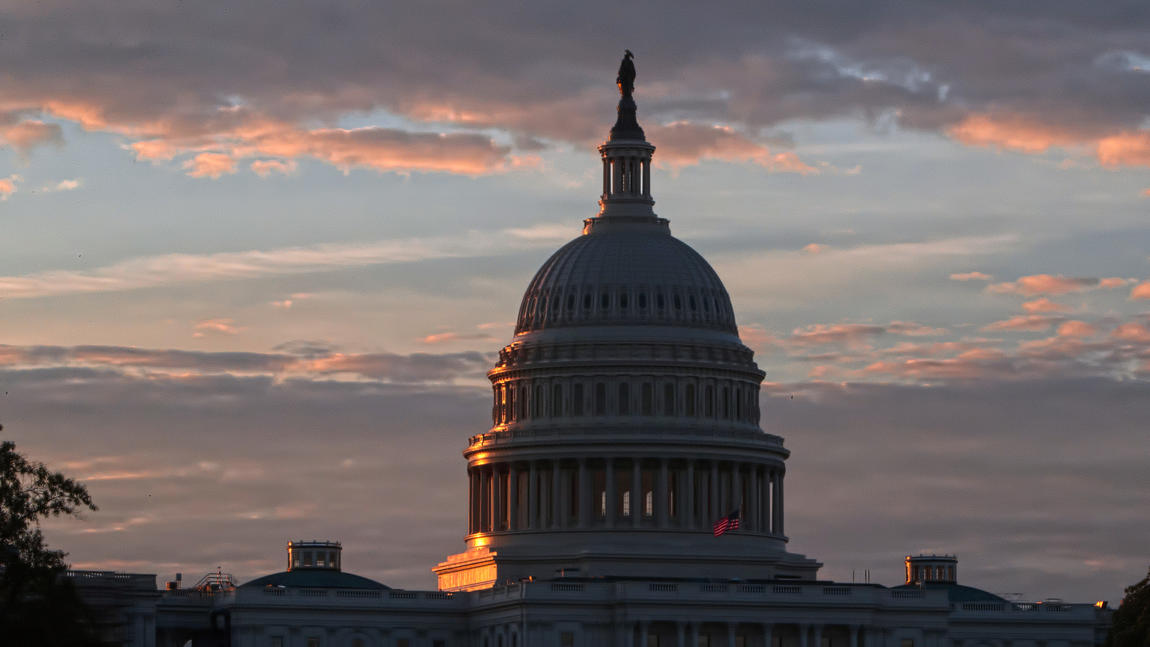 It was another crazy news week, so it’s understandable if you missed a small but important announcement from the Treasury Department: The federal government is on track to borrow nearly $1 trillion this fiscal year — President Donald Trump’s first full year in charge of the budget.

That’s almost double what the government borrowed in fiscal year 2017.

Here are the exact figures: The U.S. Treasury expects to borrow $955 billion this fiscal year, according to a documents released Wednesday. It’s the highest amount of borrowing in six years, and a big jump from the $519 billion the federal government borrowed last year.

Treasury mainly attributed the increase to the “fiscal outlook.” The Congressional Budget Office was more blunt. In a report this week, the CBO said tax receipts are going to be lower because of the new tax law.

The uptick in borrowing is yet another complication in the heated debates in Congress over whether to spend more money on infrastructure, the military, disaster relief and other domestic programs. The deficit is already up significantly, even before Congress allots more money to any of these areas.

“We’re addicted to debt,” says Marc Goldwein, senior policy director at Committee for a Responsible Federal Budget. He blames both parties for the situation.

What’s particularly jarring is this is the first time borrowing has jumped this much (as a share of GDP) in a non-recession time since Ronald Reagan was president, says Ernie Tedeschi, a former senior adviser to the U.S. Treasury who is now head of fiscal analysis at Evercore ISI. Under Reagan, borrowing spiked because of a buildup in the military, something Trump is advocating again.

Trump didn’t mention the debt — or the ongoing budget deficits — in his State of the Union Address.  The absence of any mention of the national debt was frustrating for Goldwein and others who warn that America has a major economic problem looming.

“It is terrible. Those deficits and the debt that keeps rising is a serious problem, not only in the long run, but right now,” Harvard economist Martin Feldstein, a former Reagan adviser, told Bloomberg.

The White House got a taste of just how problematic this debt situation could get this week. Investors are concerned about all the additional borrowing and the likelihood of higher inflation, which is why the interest rates on U.S. government bonds hit the highest level since 2014. That, in turn, partly drove the worst weekly sell-off in the stock market in two years.

The belief in Washington and on Wall Street has long been that the U.S. government could just keep issuing debt because people around the world are eager to buy up this safe-haven asset. But there may be a limit to how much the market wants, especially if inflation starts rising and investors prefer to ditch bonds for higher-returning stocks.

“Some of my Wall Street clients are starting to talk recession in 2019 because of these issues. Fiscal policy is just out of control,” says Peter Davis, a former tax economist in Congress who now runs Davis Capital Investment Ideas.

The Federal Reserve was also buying a lot of U.S. Treasury debt since the crisis, helping to beef up demand. But the Fed recently decided to stop doing that now that the economy has improved. It’s another wrinkle as Treasury has to look for new buyers.

Tedeschi, the former Treasury adviser to the Obama administration, calls it “concerning, but not a crisis.” Still, he says it’s a “big risk” to plan on borrowing so much in the coming years.

Trump’s Treasury forecasts borrowing over $1 trillion in 2019 and over $1.1 trillion in 2020. Before taking office, Trump described himself as the “king of debt,” although he campaigned on reducing the national debt.

The Committee for a Responsible Federal Budget predicts the U.S. deficit will hit $1 trillion by 2019 and stay there for a while. The latest borrowing figure – $955 billion – released this week was determined from a survey of bond market participants, who tend to be even faster to react to the changing policy landscape and change their forecasts.

Both parties claim they want to be “fiscally responsible,” but Goldwein says they both pass legislation that adds to the debt. Politicians argue this is the last time they’ll pass a bill that makes the deficit worse, but so far, they just keep going.

The latest example of largesse is the GOP tax bill. It’s expected to add $1 trillion or more to the debt, according to nonpartisan analysis from the Joint Committee on Taxation (and yes, that’s after accounting for some increased economic growth).

But even before that, Goldwein points to the 2015 extension of many tax cuts and the 2014 delays in Medicare reimbursement cuts.

There doesn’t seem to be any appetite for budgetary restraint in Washington, but the market may force Congress’ hand.