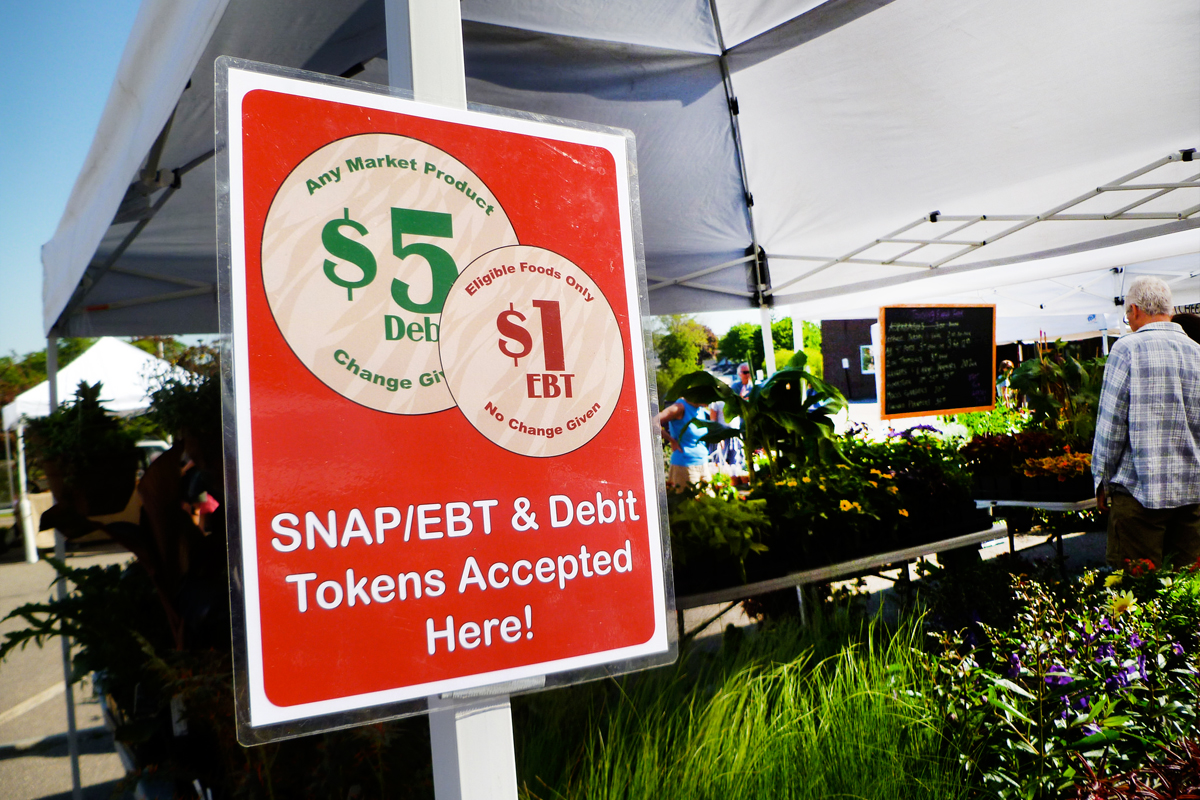 More than 50,000 people struggle with food insecurity in Durham, North Carolina. So when a group of public health workers, farm advocates, and member of the Duke University community came together in 2016 to create a food policy council in the region, access to healthy food was at the top of their list.

First, the council—called the Durham Farm and Food Network—mapped out the resources available to hungry households in order to gain an understanding of the depth of the problem in the 300,000-person county.

Then, when the federal government proposed cutting almost $200 million over a decade from the Supplemental Nutrition Assistance Program (SNAP) last year, the group mobilized. The U.S. Department of Agriculture (USDA) program, formerly known as food stamps, helps 12 percent of the county’s households get food on the table and is a critical component of the area’s food system.

“We recognized are these federal programs [are effective], and any amount of effort we can apply for hungry people should be put there,” said Neal Curran, one of the Network’s leaders.

Members reached out to another food policy council in eastern North Carolina, which includes the district of House Agriculture Committee member David Rouzer, suggesting that the two collaborate on an advocacy effort aimed at protecting SNAP in North Carolina and nationally.

In the end, 11 food policy councils from around the state joined the effort, co-signing a letter that urged no cuts to SNAP or other federal nutrition programs, and 120 other North Carolina organizations and municipalities signed on as well. Letters were delivered to Rep. Rouzer, both of North Carolina’s senators, and several other members of Congress last month.

It’s not clear what impact the letters will have, if any. In fact, when the House Agriculture Committee’s first draft of the 2018 Farm Bill was unveiled earlier this month it included significant changes to SNAP that raised red flags for the council members. But the group will continue pushing for a bill that protects SNAP. The organization just co-wrote an op-ed with several partners and is discussing coordinating with other food councils in key states.

This type of coordinated action marks a big step forward for the state’s food policy councils, and one that’s being echoed throughout the U.S.

Food policy councils have taken root around the country over the past decade, creating grassroots political power to address the specific needs of their communities. And the recent effort to protect SNAP is just one example of the ways these groups have begun to draw powerful connections between their local work and federal-level policies.

Food policy councils, which tend to be city- or county-based, often consist of a range of stakeholders—including unusual allies like longtime farmers, social services staff, and educators—who convene in order to expand dialogue about the local food system and address food insecurity. The first groups originated back in the 1980s, but the movement didn’t reach a critical mass until about 2010.

With 35 councils, North Carolina may be the state with the most in the country (an official tally underway at Johns Hopkins University’s Center for a Livable Future, which tracks food councils around the country, isn’t final yet). Much of that growth has been attributed to Community Food Strategies, a North Carolina nonprofit collaborative run by several major food-related organizations; it’s one of the biggest and most active food council networks in the country.

The group itself does not advocate on issues, but it does provide training and information to food councils on topics including how to hold community forums, reach out to elected officials, and conduct advocacy campaigns. It also hosts gatherings that bring the state’s councils together, allowing their members to learn from one another.

“We’re interested in having local councils that have a sense of what’s happening, that can be a go-to group for the community and also for decision makers,” said Abbey Piner, the project lead at Community Food Strategies.

For instance, the organization works with the Charlotte-Mecklenburg Food Policy Council, one of the state’s oldest and most active. In 2015 and 2016, the council held candidate forums to draw attention to issues of food insecurity and healthy eating; by 2017, it had become an authority on the subjects. These days, the council works closely with Rep. Alma Adams, a local congresswoman who sits on the House Agriculture Committee, providing her with information about regional needs and receiving regular updates on federal activity.

Community Food Strategies also works with smaller food councils like the one in the town of Alamance, which started out by conducting a community assessment outlining the area’s food system. Three years later, the collaborative is launching a branding campaign, “Authentically Alamance,” to educate residents about supporting local produce.

For the group’s members, who had never engaged in federal advocacy before, signing the letter opposing cuts to the SNAP program was eye-opening—and vital.

“[SNAP] is a very important program for our community,” says Ann Meletzke, director of the Alamance Food Collaborative. And not only because it supports low-income families, she adds. “The farmers [at our farmers’ markets] are running small businesses; there’s a reciprocity between them and those who are using SNAP to shop there. It needs to be cultivated.”

Gearing Up for the Farm Bill Debate

North Carolina is ahead of the game when it comes to federal-level advocacy, but food policy councils around the country are responding, especially when it comes to the farm bill, says Karen Bassarab, a program officer at the Center for a Livable Future. “With reauthorization [of the farm bill], we’re seeing an increased interest—and also since the change in the federal administration.” But local and statewide groups vary greatly in their strategies, she added.

For example, Kentucky’s food council network, the Community Farm Alliance, is launching statewide community forums about the farm bill next month. The Los Angeles Food Policy Council is hosting an awareness-raising party this month; the group will also be working with the mayor’s office to pass a resolution in defense of SNAP. Michigan’s Center for Regional Food Systems, the state’s food council convener, regularly meets with Sen. Debbie Stabenow, ranking member of the Senate Agriculture Committee. And the Chesapeake Food Policy Leadership Initiative has launched a series of webinars educating the councils in its network about how to engage with the bill.

Many groups around the country are still getting up to speed on the intricacies around federal nutrition programs and the farm bill, says Bassarab. “Some are not at the point where they can engage immediately,” she explains. And that means they’ll probably have to wait until the next farm bill cycle—or another federal food issue—comes around.

However, given the widening gulf between the Democrats’ and Republicans’ approaches to the bill, there’s a chance the House Agriculture Committee will be too deadlocked to move it forward, and might simply extend the current bill for another year. That might give the country’s food policy councils more experience and clout: In another year, many more councils might just be prepared to go to battle to save nutrition benefits for the country’s neediest.