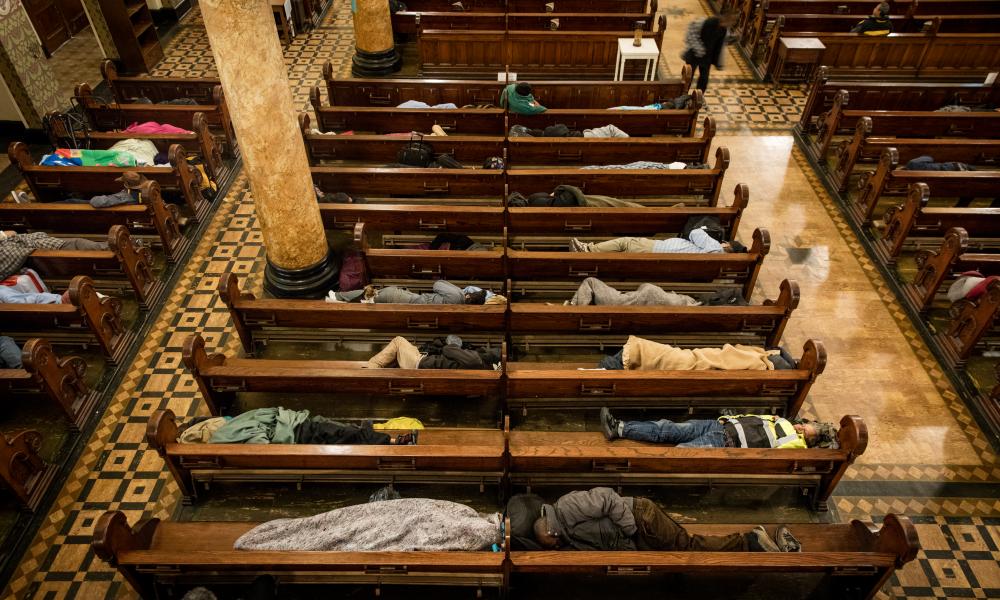 Philip Alston, the UN special rapporteur on extreme poverty and human rights, has spent 10 days touring America. This is the introduction to his report: A journey through a land of extreme poverty: welcome to America

I have spent the past two weeks visiting the United States, at the invitation of the federal government, to look at whether the persistence of extreme poverty in America undermines the enjoyment of human rights by its citizens. In my travels through California, Alabama, Georgia, Puerto Rico, West Virginia, and Washington DC I have spoken with dozens of experts and civil society groups, met with senior state and federal government officials and talked with many people who are homeless or living in deep poverty. I am grateful to the Trump administration for facilitating my visit and for its continuing cooperation with the UN Human Rights Council’s accountability mechanisms that apply to all states.

My visit coincides with a dramatic change of direction in US policies relating to inequality and extreme poverty. The proposed tax reform package stakes out America’s bid to become the most unequal society in the world, and will greatly increase the already high levels of wealth and income inequality between the richest 1% and the poorest 50% of Americans. The dramatic cuts in welfare, foreshadowed by Donald Trump and speaker Ryan, and already beginning to be implemented by the administration, will essentially shred crucial dimensions of a safety net that is already full of holes. It is against this background that my report is presented.

The United States is one of the world’s richest and most powerful and technologically innovative countries; but neither its wealth nor its power nor its technology is being harnessed to address the situation in which 40 million people continue to live in poverty.

I have seen and heard a lot over the past two weeks. I met with many people barely surviving on Skid Row in Los Angeles, I witnessed a San Francisco police officer telling a group of homeless people to move on but having no answer when asked where they could move to, I heard how thousands of poor people get minor infraction notices which seem to be intentionally designed to quickly explode into unpayable debt, incarceration, and the replenishment of municipal coffers, I saw sewage-filled yards in states where governments don’t consider sanitation facilities to be their responsibility, I saw people who had lost all of their teeth because adult dental care is not covered by the vast majority of programs available to the very poor, I heard about soaring death rates and family and community destruction wrought by opioids, and I met with people in Puerto Rico living next to a mountain of completely unprotected coal ash which rains down upon them, bringing illness, disability and death.

Of course, that is not the whole story. I also saw much that is positive. I met with state and especially municipal officials who are determined to improve social protection for the poorest 20% of their communities, I saw an energized civil society in many places, I visited a Catholic Church in San Francisco (St Boniface – the Gubbio Project) that opens its pews to the homeless every day between services, I saw extraordinary resilience and community solidarity in Puerto Rico, I toured an amazing community health initiative in Charleston, West Virginia that serves 21,000 patients with free medical, dental, pharmaceutical and other services, overseen by local volunteer physicians, dentists and others (Health Right), and indigenous communities presenting at a US-Human Rights Network conference in Atlanta lauded Alaska’s advanced health care system for indigenous peoples, designed with direct participation of the target group.

American exceptionalism was a constant theme in my conversations. But instead of realizing its founders’ admirable commitments, today’s United States has proved itself to be exceptional in far more problematic ways that are shockingly at odds with its immense wealth and its founding commitment to human rights. As a result, contrasts between private wealth and public squalor abound.

In talking with people in the different states and territories I was frequently asked how the US compares with other states. While such comparisons are not always perfect, a cross-section of statistical comparisons provides a relatively clear picture of the contrast between the wealth, innovative capacity, and work ethic of the US, and the social and other outcomes that have been attained.

Hookworm, a disease of extreme poverty, is thriving in the US south. Why?