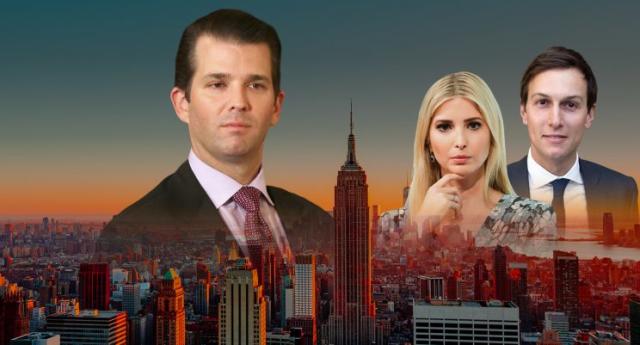 The most emblematic novel of the 1980s, Tom Wolfe’s “The Bonfire of the Vanities,” was published 30 years ago this October. It’s often been called a satire, but if you grew up in or around New York during that time, as I did, the fractured metropolis of Wolfe’s imagining wasn’t far-fetched. It was basically the 5 o’clock news with the names changed.

If you didn’t read the novel or see the disappointing film with Tom Hanks (and, I admit, it’s been quite a while since I read it, too), here’s the basic recap. Sherman McCoy is a Wall Street bond trader, a “Master of the Universe” as it existed in the Reagan years, who, along with his mistress, gets lost in the Bronx one night and ends up running over an African-American kid before speeding away.

What follows is a classic conflagration involving hardened city cops, breathless tabloid reporters and cynical civil rights leaders, among others. The Master of the Universe escapes jail but is ultimately laid low and stripped of his net worth, while the cold engine of capitalism revs on.

In its essence, “Bonfire” owed much to the greatest of New York novels, “The Great Gatsby”; like F. Scott Fitzgerald writing in the 1920s, Wolfe depicted “careless people” living in a cocoon of social presumption, inured to consequence and indifferent to the catastrophes left in their wake. Both novelists employed the traffic accident as a useful metaphor for recklessness, and both explored the connection, in their own times, between fraudulence and wealth.

And in Wolfe’s time, no one embodied that connection better or more brazenly than Donald Trump.

During the years in which Wolfe was serializing “Bonfire” in Rolling Stone, culminating in its publication in 1987, Trump was building a casino empire in Atlantic City, financed largely by junk bonds and mountainous debt. He bought a USFL football team and pasted his name on a fleet of commercial jets.

He bluffed and borrowed his way to celebrity. By the end of the decade, not only was Trump the master of the universe he surveyed from the window of his Fifth Avenue tower, but he had designs on the worlds of entertainment and politics, too. He combined elements of both Gatsby and McCoy — self-invented and self-involved, heedless and highly leveraged.

As the ’80s gave way to the ’90s and then to a new millennium, though — as the city’s worst neighborhoods yielded to gentrification, and as its political machines yielded to Rudy Giuliani and Mike Bloomberg — New York became more corporate, its aristocracy more entrenched.

If Wolfe’s ’80s belonged to the brash titans of finance and speculation, then the less colorful period after belonged largely to the sheltered kids who played with their family fortunes.

It was in this New York that Donald Jr. and Eric and Ivanka Trump came of age like young royals out of “Frozen.” (Fitting that their dad built the city a skating rink.) It was here that young Jared Kushner — whose own Master of the Universe father went to a federal lockup for, among other things, trying to seduce his own brother-in-law with a hooker to keep him from testifying about campaign finance violations — busied himself buying up properties as if he were playing Monopoly.

They didn’t get schooled in the family-owned tenements in Jersey or the outer boroughs. It was Penn and Georgetown and Harvard for them, all expenses paid, all things possible.

Say what you will about President Trump, and I’ve said plenty; you can’t say he ever lacked for what New Yorkers call chutzpah. He had the brass ornaments to risk his modest inheritance, to plow through bankruptcies, to court public humiliation in pursuit of far-flung enterprises. I actually admire that.

He had the temerity to run for president, which is more than a lot of more able, more qualified politicians will ever be able to say. If our most capable political leaders had half of Trump’s adventurism, he’d probably still be living on Fifth Avenue.

But the kids, near as I can tell, never risked a thing or placed a bet. They appear never to have learned anything their dads couldn’t teach them in the warm safety of a penthouse. Their birthrights became the whole of their identities.

Any one of them could have struck out for points west or south, where the postindustrial economy was flowering, where there were new markets to be conquered and untold sums to be amassed. Even the young Kennedys, however aimless and entitled, wandered off to Maryland and Illinois and California, seeking some meaning beyond the name.

Not the Trumps. Not young Kushner. They went right from adolescence to the highest echelon of family businesses, dabbling in pageants and shoes and niche media. They were Sub-Masters of the Universe, eons removed from the Big Bang.

Of course Ivanka had zero self-consciousness about taking her fathers chair when he stepped out during a meeting of the most powerful world leaders on the planet. She’d already run his business and filled in on his reality TV shows. If she isn’t already considering a plan to succeed him as president, I’d be very surprised.

And of course Kushner had no hesitation about jetting off to the Middle East to broker peace among the Arabs and Israelis, when he’s barely qualified to serve as a delegate to the model U.N. Who ever told Jared he wasn’t the smartest guy in the room?

It does not seem to occur to the Trump children — ever — that they have now strayed dangerously beyond the boundaries of their cozy Manhattan kingdom, that what they’re dabbling in now is the impossibly complex business of our national and economic security, not to mention the arcane machinery of politics and law enforcement.

I wasn’t right about a lot of things during last year’s campaign, but I was dead right when I warned that Trump would run the government the way he had run his business — as a family enterprise, the plaything of his children. To me, this is the single greatest threat his presidency poses.

They strike me as careless people. They know as much about consequence as I do about handbags.

Which leads me, finally, to the topic of the day in Washington: this business of Donald Jr. and the Russians. Any experienced adviser to a nominee would have flinched at an email promising opposition research from a foreign government, and at the very least would have diverted it to someone outside the campaign (or reported it to the authorities).

But read the emails Junior exchanged with an emissary about the Russian government offering to help sink his father’s opponent, and you get the idea that he’d watched a bunch of “House of Cards” episodes and figured he knew how all of this worked. He was winging it, as Sub-Masters of the Universe do.

Then, when the news of that meeting started to break in the New York Times, he lied about it, saying the meeting was just about policy. When more details emerged, he revised the lie, saying he was told this Russian lawyer might have some useful information but had no idea who she was.

Then, when that also proved untrue, he said maybe he did know exactly who she was, but he figured that whatever she had come halfway across the world to tell him was publicly available information, anyway.

This is what he learned from watching his more dynamic father — that you can lie with impunity. That the rules don’t apply. That the system can always be gamed.

Except that none of this has anything to do with how business gets conducted in the cosseted confines of Trump Tower. It’s no longer about politics or public opinion.

There is only one man whose view on any of this ultimately matters now, and that man’s name is Robert Mueller.

Like Sherman McCoy, the young Trumps find themselves hurled into a pitiless world of lawmen and voracious media, all of whom somehow elude their mastery. Before this bonfire burns out, I’m betting the special counsel is going to know about all the meetings and all the emails, and a lot of very expensive lawyers are going to have a lot of hours to bill.

That’s always the moral of the story: Carelessness comes with a cost.