Most labels address how food is grown. The Agricultural Justice Project also focuses on how the people behind the food are treated. 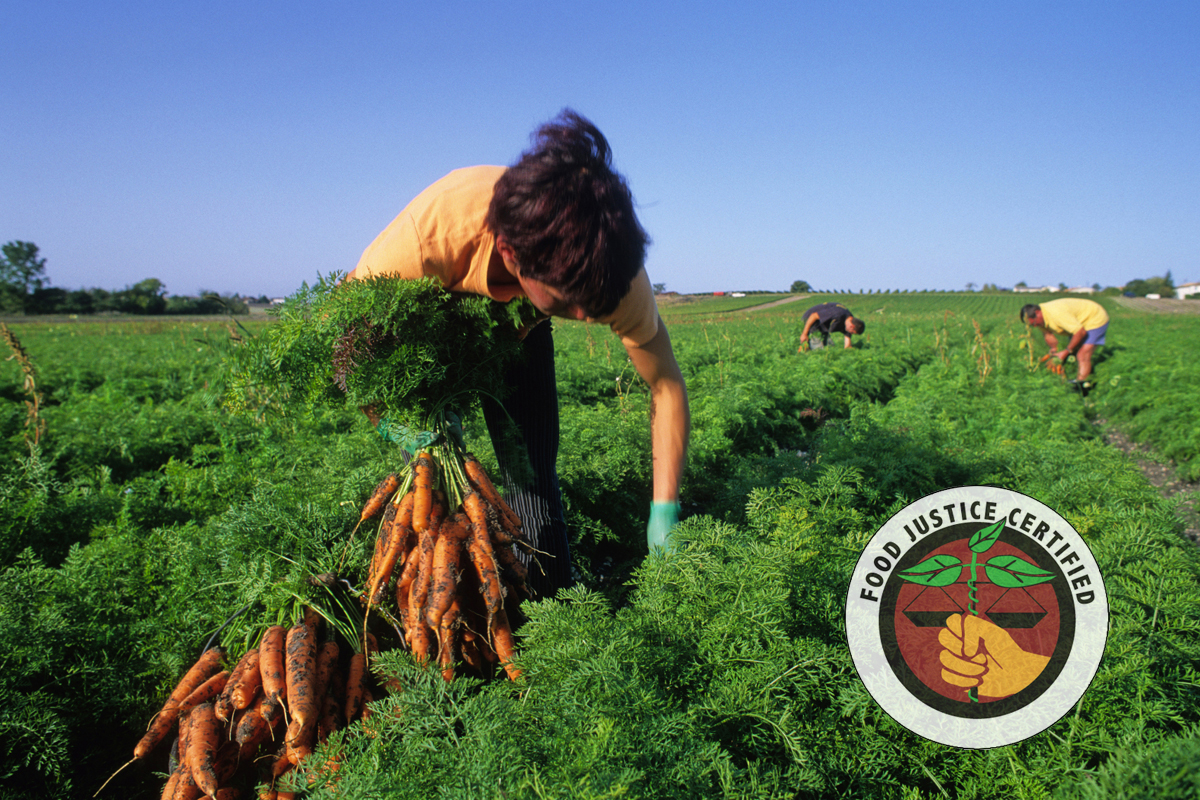 There’s an ever-growing preponderance of “eco-labels” in the food marketplace—203 in the U.S. alone, by one count. Inspired by an “increased demand for ‘green’ products,” according to a 2014 study in the Journal of Business Ethics, these labels alert consumers to everything from animal welfare to whether the food was grown without chemicals, GMOs, or harm to forests and birds. American consumers can seek out a fair trade label ensuring the well-being of banana and coffee growers and communities in Southeast Asia, South America, or Africa. But very few labels make such claims for food workers here in the United States.

One organization bucking this trend is the Agricultural Justice Project (AJP), a non-profit in Gainesville, Florida, that’s committed to the fair treatment of workers all along the food chain. AJP has been offering worker-justice-related certification and labeling since 2011, before the Equitable Food Initiative or Fair Trade USA (FTUSA) dipped their toes into the domestic arena, certifying their first farms here in 2014 and 2016 respectively.

Regardless of the size of a farm or other food-related business, AJP’s Food Justice Certification program requires that an employer offer workman’s comp, disability, unemployment coverage, social security, unpaid sick leave, maternity/paternity leave, “comprehensive requirements to ensure safe working conditions” even for migrant and seasonal workers, in addition to environmental standards—all with USDA Organic certification as its baseline.

Last November, AJP granted certification to its sixth business, Grafton, New York-based Soul Fire Farm, whose co-founder Leah Penniman recently received a Leadership Award from the James Beard Foundation for her commitment to tackling racism in the food system. AJP’s rigorous audit can be daunting, and its label is largely unknown to consumers. So, the decision to get certified was not a decision that Soul Fire’s founders took lightly. A firm belief in the concept, and a desire to see more farms engage in the process, convinced them to put in the time and effort.

“As thought leaders who are becoming more of a recognizable name, part of doing this certification was to say, ‘we believe in the values this represents,’ and to uplift the process,” says Soul Fire’s co-director, Larisa Jacobson. 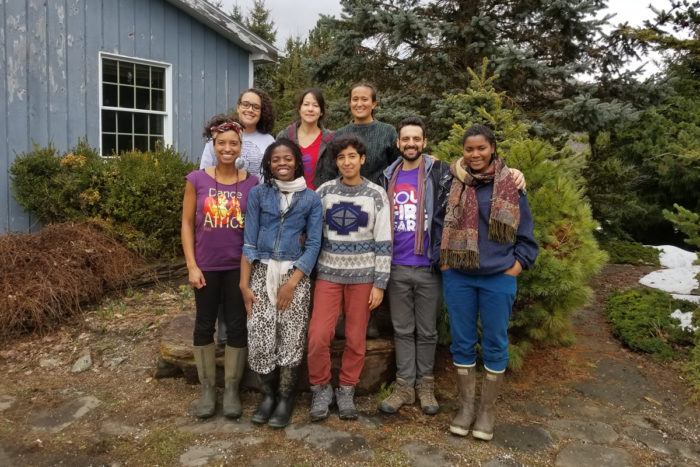 Certainly, more farmers, food workers, and consumers are likely to now learn about AJP through Soul Fire’s connection to it. As a result, it’s possible more farms and food business will deem AJP certification a worthy pursuit, and more consumers will seek out its label. But the label is not AJP’s stand-alone goal. Much of the organization’s heavy lifting occurs behind the scenes, where it seeks to influence discussions about food worker rights in ways often less visible than its quiet (for the moment) third-party certification scheme.

Farm work ranks as one of the most exploitative and dangerous jobs of the 21st century, responsible in the U.S. for the second-highest number of deaths in 2017 (260) after truck driving. About 20,000 workers on American farms contract acute pesticide poisoning every year. Additionally, since many farm workers are migrants, they’re exempt from labor laws meant to protect against wage theft, poor living conditions, and poor treatment—including physical and sexual abuse—according to a report by fair-trade nonprofit Fair World Project. Similar dangers exist in restaurants, too, and in grocery stores.

Leah Cohen, AJP’s general coordinator, first cottoned to the cause at the root of the organization’s mission after driving a mobile dental clinic around migrant worker camps in Oregon. “I thought I was making a difference, but as I started to peel back the layers, I realized a dental van doesn’t do anything [about] the pesticide-drenched earth, holes in unheated [residential] shacks, living in fear of being separated from your family and deported, or wage theft,” she says. “Likewise, it’s not going to do anything for farmers who can’t make enough to cover the cost of production, regardless of whether they pay a working wage to their employees.”

These issues were top of mind for AJP’s five founders from the beginning. Elizabeth Henderson, who’s also a founding member of the Northeast Organic Farming Association (NOFA), currently sits on AJP’s board. She and her collaborators fought to write worker rights into the fabric of the USDA’s National Organic Program. When they failed, in 1999, they decided to write up their own standards. They intensively researched the issue and reached out to a wide swath of stakeholders in the early aughts, conducted pilot audits in 2006 and 2007, then officially began offering certification in 2011.

Still, the certification process—which Henderson calls “very much against the grain”—is not the main point. Rather, it’s the “bigger impacts on the consciousness of the organic movement” that is the true measure of what she and her partners set out to achieve.

For example, the new Regenerative Organic Certification (ROC), which is led by a coalition that includes the Rodale Institute, Dr. Bronner’s, and Patagonia and is currently in its pilot phase, did not originally include rights for farmers in its social fairness pillar. “Because of the advocacy of our AJP team members and allies, [ROC] added farmer rights standards,” says Cohen. Other examples of AJP’s influence are found in the evolution of Whole Foods Market’s Responsibly Grown program, Fair Trade USA’s standards, and Ben & Jerry’s Caring Dairy Program. “This work takes years of organizing, and sometimes results in official organizational transformation if we are patient and persistent,” Cohen says. 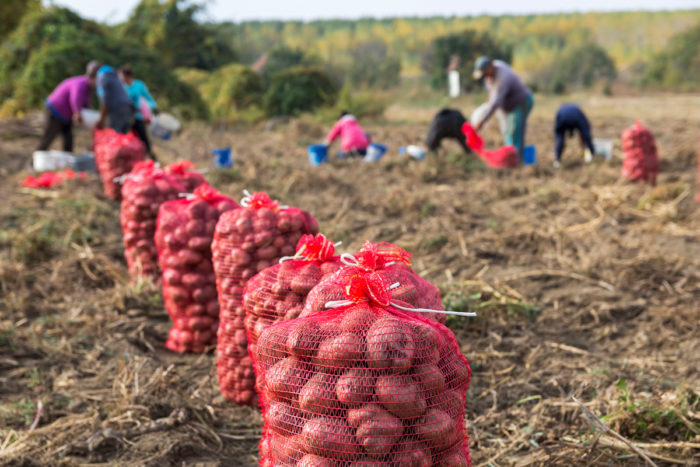 Another way change comes to pass is when farms and food businesses hire AJP to provide technical assistance to various aspects of their operations. Even though they might not make it all the way through to certification, according to Cohen, “they take bits and pieces and incorporate them to make improvements” to bringing their workers into the decision-making process, for example.

AJP receives grant money from ecologically conscious organizations such as Dr. Bronner’s and the Clif Bar Family Foundation (CBFF). (Editor’s note: Civil Eats has also received funding from CBFF.) “There are not that many groups out there trying to create market incentives for social change in the food system, and we felt that was worth investing in,” says CBFF director of programs for food systems and economics Allen Rosenfeld.

Would Clif Bar also consider adopting AJP’s label for its own products? “Our cross-functional sustainable sourcing team has met with AJP and we continue to evaluate their certification program, as well as others that could meet our social justice goals,” Clif Bar & Company communications manager Dean Mayer explained by email to Civil Eats. “We’re also exploring the development of our own proprietary programs for smallholder farmers.”

One way or the other, with or without formal adoption of its Food Justice Certification label, AJP seems to be managing to steer the conversation toward greater worker fairness.

What’s in a Label?

Eco-labels pose something of a conundrum; the more of them turn up in the marketplace, the wider the so-called “credibility gap” grows, as consumers struggle to understand what the labels’ promises effectively mean (if anything).

As the Business Ethics study pointed out, “an eco-label may or may not involve an open- and consensus-based standard-setting process…may or may not be under government control…can be first-, second-, or third-party [certified], by verifiers who may or may not be accredited.” Additionally, since “labeling schemes are voluntary standards that are developed by private institutions … there is no commonly accepted legal standard” for them.

The confusion is compounded when it comes to social justice issues, says Magali Delmas, director of the UCLA Center for Corporate Environmental Performance and author of The Green Bundle: Pairing the Market with the Planet. “The question is, what is the tangible benefit, and how can we clearly convey [that] to the consumer? This is still a work in progress,” she says, “because it’s more difficult to measure and communicate social impact than it is environmental [benefit].”

But for consumers willing to do a little independent research, this is becoming easier. Consumer Reports rates food labels on its Greener Choices site. It calls AJP’s Food Justice Certification, conducted by third-party certified entities accredited in organics, “highly meaningful,” and confirms that its standards set a high bar.

“Labor justice labels are important; just because something is grown organically or comes from a ‘local’ farm, that’s no guarantee that the people who grew it were treated well,” says FWP’s executive director, Dana Geffner. Her organization gave AJP a top rating because of what it calls the meaningful impact of its standards: “It’s one of the only certifications out there in the hired labor category looking to eliminate piece rate work”—paying per piece or per pound of produce picked rather than hourly—and “they also consider all the participants in the supply chain: farmers, workers, and retailers.” 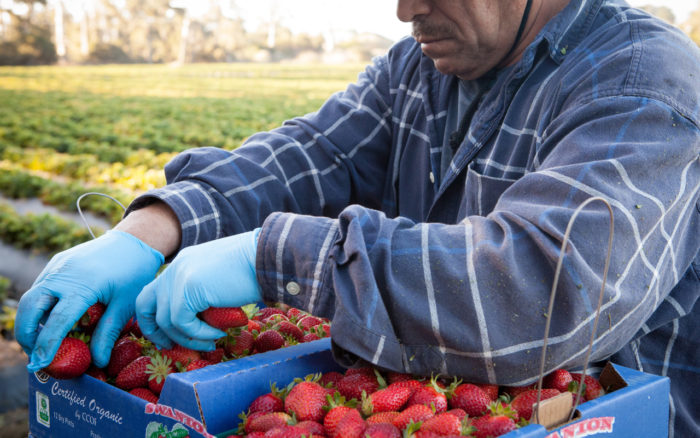 Swanton Berry Farm in Davenport, California has a union for its workers—a deeper commitment to the tenets of their AJP food justice certification. For Nancy Vail and husband Jered Lawson, co-owners of Pie Ranch in nearby Pescadero, AJP certification is deeply linked to their farm’s outreach to local youth and its partnership with the Amah Mutsun Tribal Band, whose ancestors once worked the surrounding land before “suffering the most outrageous trauma, genocide, and exploitation you can imagine” at the hands of white colonists, says Vail.

AJP certification doesn’t translate into a price premium for the food Pie Ranch grows, like an organic label does, and Vail says the pore-scouring process takes an enormous time and resource toll. But, she says, “We still feel committed to staying certified, to keep the conversation alive.”

For Brandon Kane, general manager of the GreenStar Food Co-op in Ithaca, New York (currently in the process of recertifying), “AJP was a natural extension of expressing our values—marketable proof that we are living up to our self-imposed expectations around a living wage [for our 225 employees] and supporting [over three dozen] farmers.”