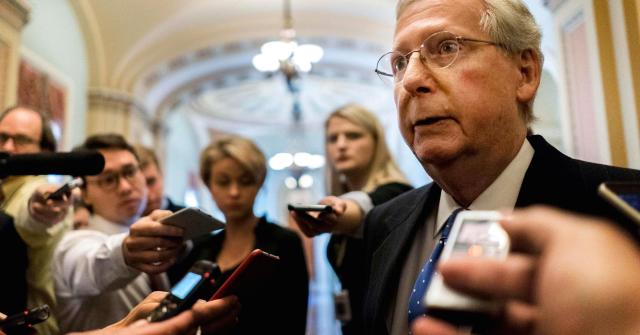 The lowest-income American households would take a hit while higher-earning taxpayers would see their burden reduced under the Senate Republican tax plan, according to the latest analysis from the nonpartisan Congressional Budget Office.

The Senate proposal permanently chops the corporate tax rate and temporarily reduces individual income taxes, while changing numerous deductions . GOP senators hope to pass that plan this week and approve a final bill agreed upon with the House before the end of the year.

The CBO report, released Sunday, estimates that lower-income groups would foot a bigger bill from tax cuts than previously expected. In 2019, all income groups under $30,000 would have a bigger burden under the bill, the CBO projected.

In 2027, that would extend to all income groups under $75,000, as individual tax reductions expire.

The change largely stems from the bill effectively getting rid of the Obamacare provision requiring most Americans to have health insurance or pay a penalty.

Low-income Americans would receive fewer premium tax credits if more of them choose not to have insurance. The CBO estimate also includes the effects of changes to spending for programs like Medicaid and Medicare.

A previous Joint Committee on Taxation analysis that showed more modest effects on low-income Americans did not include the changes in those programs.

“Unfortunately, this is not the first time CBO has vastly overestimated the impact of the deeply flawed individual mandate,” the statement said. “And, for members concerned about the sunset date for individual tax cuts, Democrats will have a chance to make these strong middle-class tax cuts permanent on the floor.”

Democrats, who oppose the GOP tax bill, have repeatedly cast it as a plan helping corporations and the wealthy at the expense of poorer Americans.
More From CNBC:

Rand Paul: ‘I plan to vote for the Senate tax bill’ despite problems

Ken Griffin: We ‘probably’ don’t need to cut taxes as much as proposed