Collins ‘let the people of Maine down’ with her vote to pass tax bill, protesters say 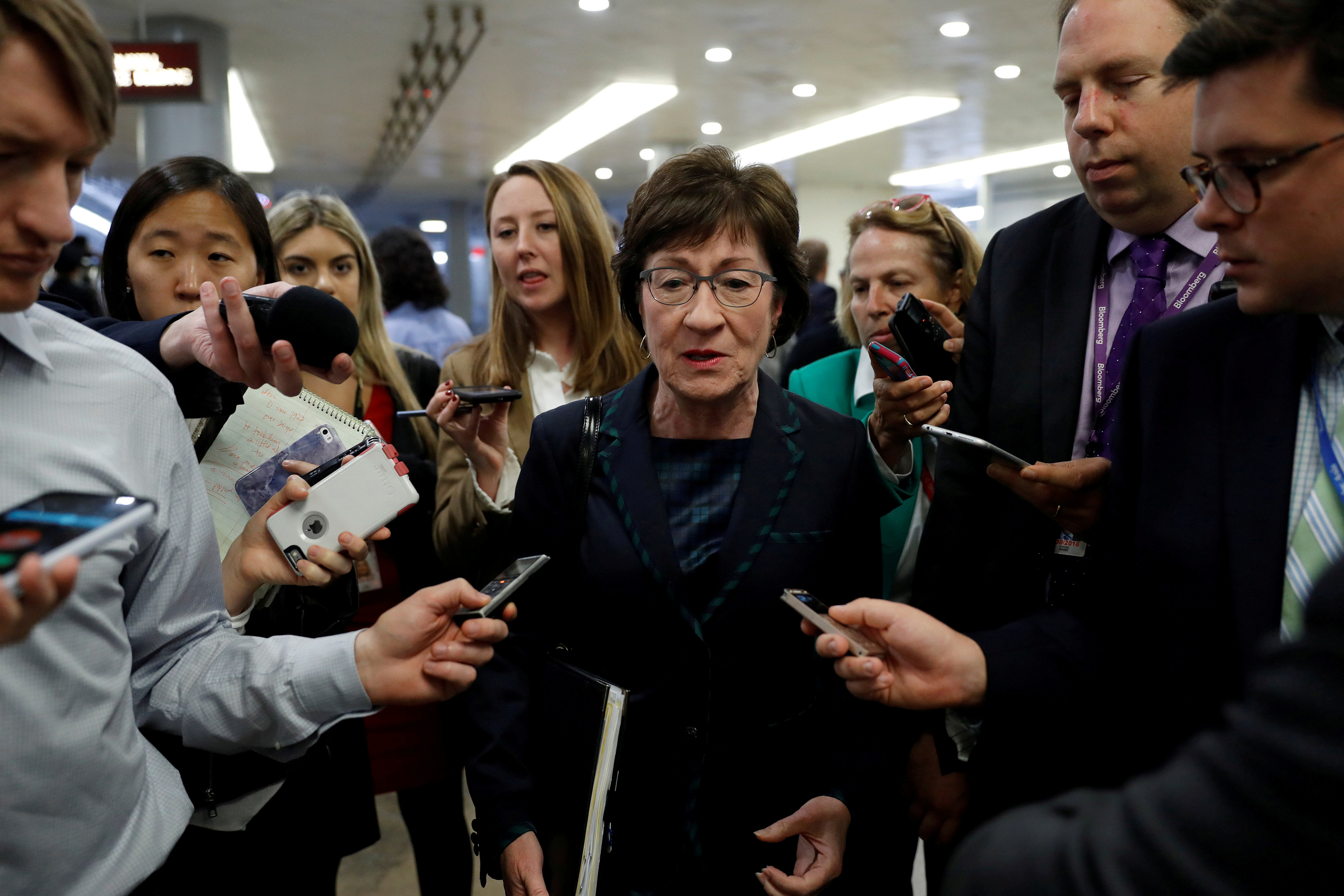 After U.S. Sen. Susan Collins voted early Saturday morning in support of the Republican bill to overhaul the tax code, some Mainers broke out in protest over the weekend, calling Collins’ vote a betrayal.

Gathered outside Collins’ Portland office Friday night before the vote, Mainers for Accountable Leadership co-founder Gordon Adams told Portland-based ABC affiliate WMTW that Collins, who came out in support of the Senate tax bill, “has really let the people of Maine down.”

With news that Collins had voted overnight in support of the bill, more gathered across the state, including at the Bangor International Airport, in case Collins flew home from Washington, D.C. Voters stood with their backs turned, claiming “ Her vote turned her back on ME,” according to a Mainers for Accountable Leadership Facebook post.

She did not return to Maine, instead appearing Sunday morning on NBC’s “Meet The Press” with Chuck Todd.

Collins tweeted on Friday that, “as revised, this bill will provide much-needed tax relief and simplification for lower- and middle-income families, while spurring the creation of good jobs and greater economic growth.”

“If the debt is unsustainable at $14 trillion,” Todd said, quoting Collins’ remarks on the federal debt accrued under President Barack Obama, “how do you make yourself comfortable voting for something that’s going to increase the deficit,” with the debt already at $20.6 trillion.

The Joint Committee on Taxation predicts the plan will increase the deficit by $1 trillion over the next decade.

“Economic growth produces more revenue and that will help to offset this tax cut and actually lower the debt,” Collins said.

“Where’s the evidence?” Todd asked. “Where, explain to me. … [F]ind a study that actually says what you’re claiming.”

Collins also said she cannot guarantee she will vote for the tax bill a second time, but wants to wait and see what it looks like once it comes out of a conference committee with the House, where differences between the two chambers’ bills will be worked out.

She said the amendments she added on “medical expense deductions, on property tax deductions, on helping retirement security for employees improve the bill.”

Collins also said she’s received “an ironclad commitment that we’re not going to see cuts in the Medicaid-Medicare program as a result of this bill.”