Sacramento Is Making Urban Agriculture a Way of Life

California’s capital city has become the nation’s farm-to-fork capital, and in the process is making food more accessible, equitable, and just. 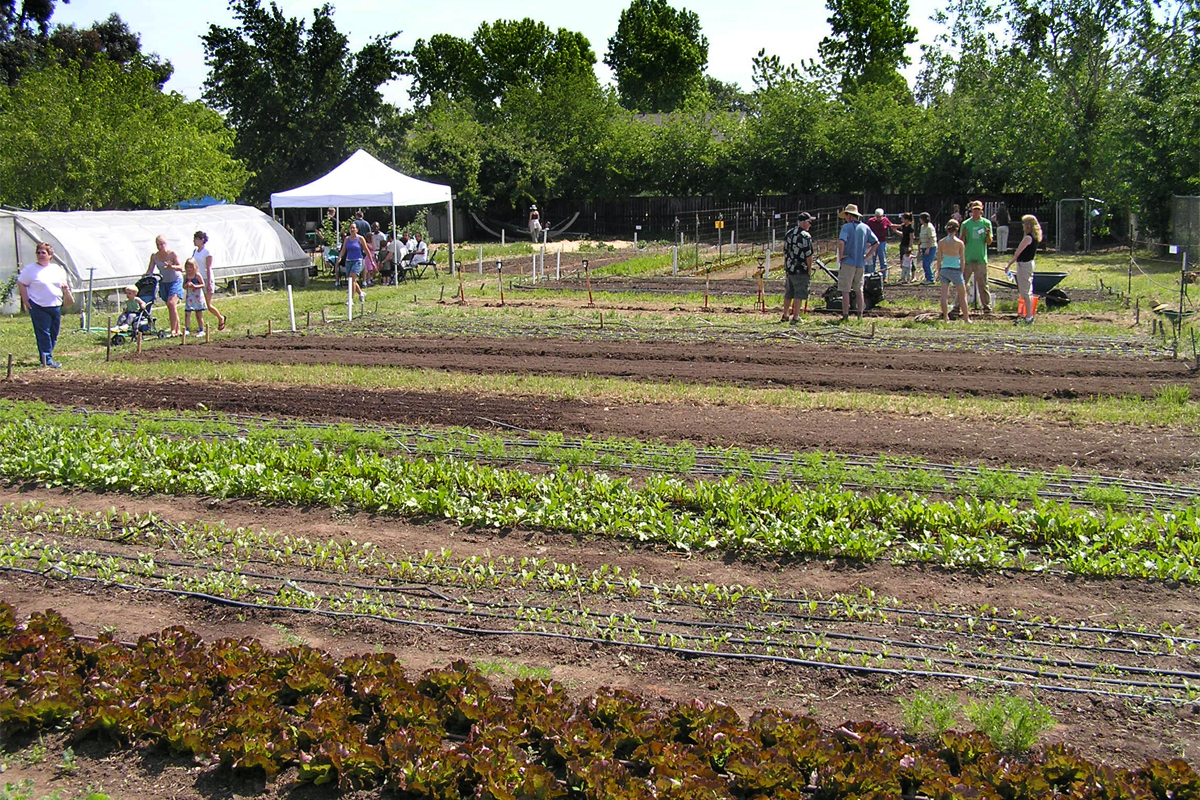 As the food movement gains strength and farm-to-fork practices become increasingly popular, many cities across the United States are investing in urban agriculture, both to attract tourists and to improve community health. For example, in Detroit, which The Washington Post has dubbed a “food mecca,” advocates are using urban farms and community gardens to help ease food insecurity. And, in Boston, legislation to make urban farming easier has contributed to the city’s reputation as a “haven for organic food” and helped make local produce more available to low-income residents.

Yet few places have been more vocal in their efforts to expand urban agriculture as Sacramento, California. In fact, if you Google “farm to fork,” the top result will take you to a website about Sacramento’s initiatives to support local food.

“Farm-to-Fork isn’t a passing fad or a marketing slogan in the Sacramento region—it’s the way we live,” the website explains, noting that the area’s ideal climate, ability to grow food year-round, and 1.5 million acres of active farmland make it an agricultural leader nationally and globally.

Now, as a recent case study from the Berkeley Media Studies Group (a program of the Public Health Institute) shows, advocates are working to expand that narrative. Instead of focusing on primarily on food, they aim to highlight the people who grow and sell it—and to make sure that everyone benefits equally from the area’s bounty.

“Sacramento has branded itself as America’s farm-to-fork capital,” Robyn Krock, project manager at Valley Vision, a regional nonprofit that works to improve the livability of the Sacramento region, said at a recent city council meeting. “But,” she added, “the question that gets repeatedly asked is, ‘are we farm-to-every-fork?’”

Krock is just one of many local advocates who are highly committed to equity. They see urban agriculture not just as a feel-good trend for those with money and time to participate, but as a tool for promoting social justice.

Make no mistake: Krock and many other advocates and policymakers are working to ensure the new narrative is not just lip service, that it is rooted in robust community organizing and policy change. The strategies they have undertaken, supported by an infusion of funds from The California Endowment, have helped coalitions of local advocates transform Sacramento’s urban farming landscape in recent years to better support healthy food programs and access.

“I know that this is important,” Brenda Ruiz, a mother, a chef, and a longtime Sacramento resident who is active in the city’s Slow Food chapter, said at a council meeting when an ordinance that would reduce barriers to participating in urban farming was up for a vote. “It’s important for families to have access to fresh food; it’s important for families to consider their neighborhoods walkable and social areas where they can convene and share stories around a garden space; it’s important for our kids and young people to see this as normal for folks to be growing food and exchanging over that.”

Following strong organizing efforts from advocates, the council approved that ordinance in 2015, making it legal for people to grow and sell produce to consumers directly from their properties and from temporary farm stands as large as 120 square feet. A few months later, the council passed another ordinance offering tax incentives for people to convert vacant lots for agricultural use. And in January 2017, following the city’s lead, Sacramento County passed similar regulations, allowing all residents in urban and suburban areas to legally grow and sell produce, as well as keep bees, chickens, and ducks on small lots. 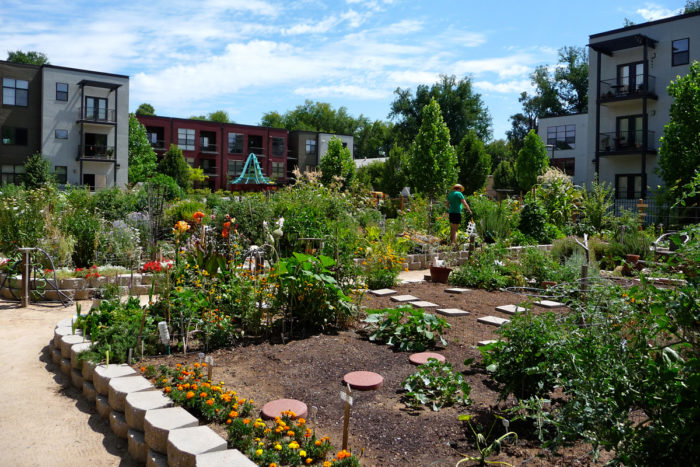 “If you don’t have food in your bellies, you can’t do anything else, so I look at it as the foundation of society,” said Chanowk Yisrael, whose family runs an urban farm from their home in Sacramento’s South Oak Park neighborhood.

Yisrael and other advocates have been following this foundational approach in their work to make sure that urban ag policies and programs are inclusive, especially for Sacramento residents who live in neighborhoods with less access to fresh, affordable food.

For example, although the city ultimately approved the urban agriculture ordinances, that did not happen without a strong push from local organizers, including through the ordinance language itself. Advocates crafted the language to maximize selling hours and participation—a task that involved rewriting 70-80 pages of zoning code. Although they could have approached the city and asked them to draft an ordinance, that posed some risks.

“[The city’s] first draft is probably going to be more conservative than your goal as an advocate,” said Matt Read, one of the ordinance’s authors. He also noted that the process of drafting and passing policies can help people develop skills in advocating for themselves and their communities. “It’s a really good opportunity for people to learn about local government and the laws that affect the built environment,” he said.

With draft language in hand, advocates then crafted messaging materials, pitched stories to local media, arranged meetings with public officials to get their buy-in, and used a combination of traditional organizing tactics and social media to get a wide range of residents—including immigrant farmers—engaged and willing to testify at council meetings in support of the urban ag ordinances. Advocates delivered 300 signatures in favor of the ordinances and testified about how the policy changes could improve health, equity, and community sustainability, among other issues.

“Right now, barriers such as zoning restrictions and limited land use hinder our communities’ ability to farm and contribute to the local economy,” Sue Vang, who works with Hmong Innovating Politics, a grassroots organization that works with local leaders and underserved communities, especially Hmong and Southeast Asian communities, told the council.

“The urban ag ordinance can help mitigate these barriers and revitalize low-income neighborhoods, provide solutions to blight caused by unmaintained vacant lots, and, most importantly, connect the very diverse—linguistically, racially, ethnically—communities within Sacramento.” Vang also spoke more personally: “It would also give my family the opportunity to sell the produce that my mom grows in her backyard.” 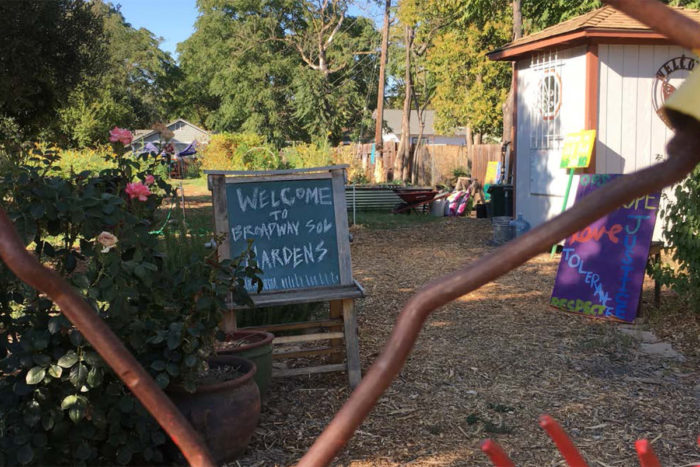 As advocates work to make sure that their policy wins translate into increased participation in urban agriculture, they are simultaneously running youth programs to develop the next generation of advocates and make the future of urban farming more robust, diverse, and inclusive.

These include a variety of after-school programs, school gardens, and the development of a new Urban Agriculture Academy, or core learning trajectory, at Luther Burbank High School, which has a student body that is 97 percent youth of color, according to California Department of Education data. Launched in September 2017, the Academy provides a stronger foundation for students who want to enter an agriculture-related career, gives young entrepreneurs the knowledge and skills they need to set up their own small businesses, and increases opportunities for students of color.

“Culturally, we need diversity for the field to innovate and excel,” said Todd McPherson, who was instrumental in creating the Academy and currently works as its coordinator.

While more work remains in their effort to increase access to healthy food—and region-wide farming changes may halt the growth of farm-to-fork in Sacramento—advocates have made tremendous progress over the past few years. How, then, can other places push for similar changes? Below are a few lessons from those on the ground in Sacramento.

Collaborate. Collaborate. Collaborate. This includes working not only with other advocates but also with city or county officials and with residents, who should be involved as early in the process as possible. “As an organization that was beat down, but not defeated by the recession, I would say the main way that we survived as an organization was by sharing resources and coming together with other organizations to carry out a project,” said Davida Douglas, executive director of Alchemist CDC, a Sacramento-based nonprofit active in the food space. “I think for a lot of projects it’s necessary in terms of sustainability and feasibility.” 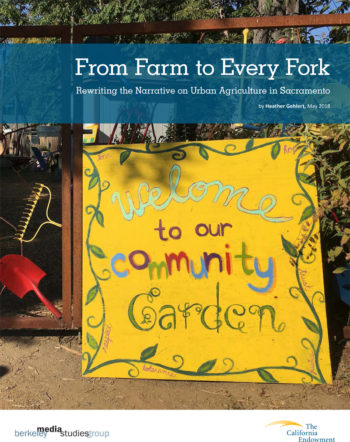 When creating solutions, context matters. Without knowing the history or context of a problem, urban ag advocates risk developing solutions that are ill-informed or short-sighted.

This lesson is especially crucial in regards to race. “Not all [advocates] are aware of structured racialization or institutional racism, and so you end up with unintended consequences,” Yisrael said, referring to zoning restrictions and other policies that have historically fueled segregation and led to the formation of food deserts and “food swamps,” which have an abundance of junk food and a dearth of healthier options, in many low-income neighborhoods and communities of color.

Yisrael recalled an example of advocates opening a farm stand without fully understanding the community space in which they were trying to operate. Although the farm stand offered healthy and affordable food options, it was surrounded by convenience stores like 7-11 and other vendors selling foods like fried chicken, doughnuts, and alcohol. “There was no way we could win that fight,” he said.

Stay focused on the big picture, despite setbacks. Social change can take years or decades. Whether it’s establishing a new farmers’ market or passing a series of ordinances that help remove barriers and reshape people’s ideas about what is possible, McPherson emphasized that these victories speak to “the power of small groups” and show that they can accomplish major feats when they work together and persist in the face of adversity.

More lessons from and details about how Sacramento’s healthy food advocates are working to expand urban agriculture are available in the Berkeley Media Studies Group’s full case study.