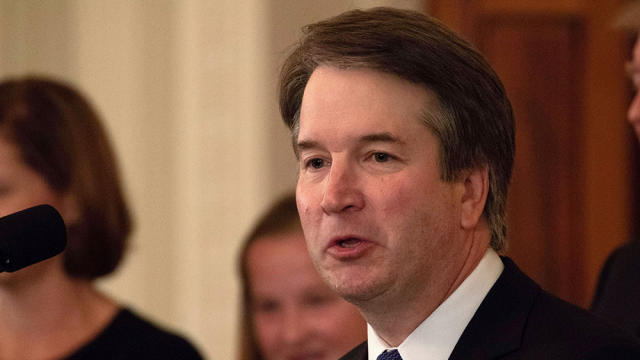 Supreme Court nominee Brett Kavanaugh, who is facing heavy scrutiny after Dr. Christine Blasey Ford accused him of sexually assaulting her in high school, has been accused by another woman, Deborah Ramirez, of sexual misconduct.

In a New Yorker report from Ronan Farrow and Jane Mayer, Ramirez recounts an incident that she says occurred during the 1983-84 academic year, when both she and Kavanaugh were freshmen at Yale University. Ramirez alleges that Kavanaugh exposed himself to her at a college party, where they had both been drinking, “thrust his penis in her face, and caused her to touch it without her consent as she pushed him away.”

Four Democratic senators have received information about the allegation through a civil rights attorney, and at least two have begun investigating it, according to the report. Senior Republican staffers are also aware of the allegation.

Though Ramirez was initially hesitant to characterize her memories, which contained gaps due to the alcohol, after six days of “carefully assessing her memories and consulting with her attorney,” Ramirez felt confident in her recollections. She believes an FBI investigation into the alleged incident is warranted.

In a statement to the New Yorker, Kavanaugh wrote, “This alleged event from 35 years ago did not happen. The people who knew me then know that this did not happen, and have said so. This is a smear, plain and simple. I look forward to testifying on Thursday about the truth, and defending my good name — and the reputation for character and integrity I have spent a lifetime building — against these last-minute allegations.”

“I wasn’t going to touch a penis until I was married,” Ramirez said of the incident. “I was embarrassed and ashamed and humiliated.” She told the New Yorker that she remembers Kavanaugh standing to her right and laughing, pulling up his pants. “Brett was laughing,” she said. “I can still see his face, and his hips coming forward, like when you pull up your pants.”

Ramirez’s allegation joins that of Blasey Ford, who says Kavanaugh assaulted her at a high school house party when they were teenagers, pinning her on a bed and attempting to take her clothes off. Blasey Ford, who has been forced into hiding after receiving death threats, will testify Thursday before the Senate regarding her accusations.