‘America is better than this’: What a doctor saw in a Texas shelter for migrant children 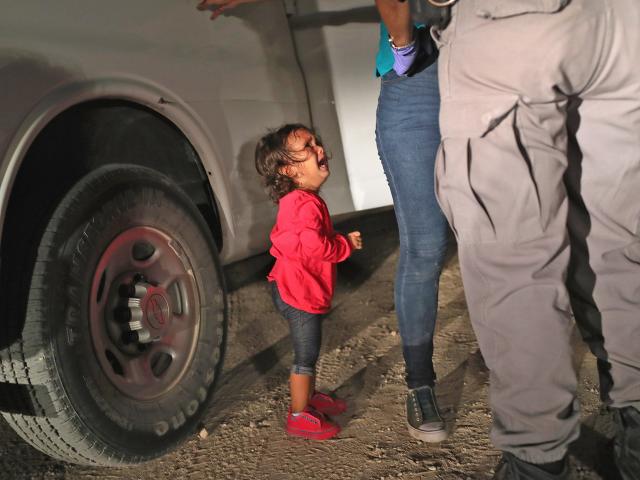 A prominent doctor has spoken out against the Trump administration‘s policy of separating migrant children from their parents at the US border. saying it could have a ‘devastating’ long-term effect on their emotional well-being.

Dr Colleen Kraft, president of the American Academy of Pediatrics, visited a shelter for children under the age of 12 that runs along the Texas border with Mexico.

The shelter in question held 60 beds and had a little playground for children. Rooms are equipped with toys, books and crayons.

To Dr Kraft, it looked like a friendly environment for children – a place where they could be happy.

But the child who caught the pediatrician’s attention during a recent visit was anything but happy. This little girl – no older than two – was screaming and pounding her fists on a mat. Yet staff members could not comfort the infant because of the rules prohibiting physical contact.

“The really devastating thing was that we all knew what was going on with this child. We all knew what the problem was,” Dr Kraft said. “She didn’t have her mother, and none of us can fix that.”

Nearly 2,000 immigrant children were separated from their parents during six weeks in April and May, according to the Department of Homeland Security.

The little girl is among the multitude of immigrant children who have been separated from their family as part of the Trump administration’s “zero-tolerance” policy, meaning any adult who crosses the border illegally will face criminal prosecution. That also means parents were taken to federal jails while their children were sent to shelters.

It is believed 11,432 migrant children are in the custody of the Department of Health and Human Services – an increase of nearly 3,000 from beginning of May. These numbers include children who arrived at the border without a relative and children separated from their parents.

“The really basic, foundational needs of having trust in adults as a young child was not being met. That contradicts everything we know that the kids need to build their health,” said Dr Kraft after her visit to the Texas shelter.

Such a situation could have long-term, devastating effects on young children, who are likely to develop what is called toxic stress in their brain once separated from caregivers or parents they trusted. It disrupts a child’s brain development and increases the levels of fight-or-flight hormones in their bodies, added Kraft. This kind of emotional trauma could eventually lead to health problems, such as heart disease and substance abuse disorders.

Kraft and her organization are not alone in this opinion.

It says: “To pretend that separated children do not grow up with the shrapnel of this traumatic experience embedded in their minds is to disregard everything we know about child development, the brain, and trauma.”

“While not all of the children we are ripping from their parents will suffer the full consequences of toxic stress, many may,” said child psychologist Megan Gunnar of the University of Minnesota.

Although the policy is being implemented by his own administration, Mr Trump has avoided publicly owning it and. Instead, he blamed Democrats for “forcing the breakup of families at the border with their horrible and cruel legislative agenda.”

For Dr Kraft, the partisan finger-pointing means politicians run the risk of obscuring the impact the parental separation policy will have on children.

“As partisan and as divisive as the whole topic of immigration is, we need to start with what’s right,” she said. “Can we start with just keeping parents and children together while we figure out some of the other details?”

“The kids need to come first,” she added. “America is better than this.”