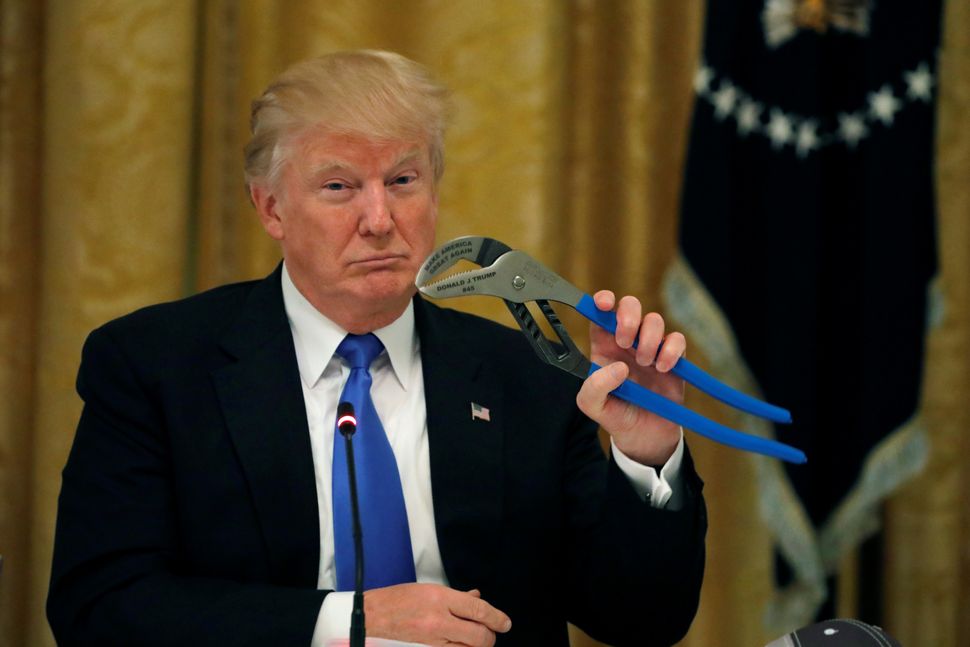 Michael Wolf’s best selling book (1 million copies) sold out in less than a week. Reprints are soon to follow. The curtains been yanked off the man (men) behind the West Wing conservative smoke screen. What most of critical thinking America already believed, has been laid bare. Mr. Wolf believes unequivocally, that 100% of trump’s employees, friends, confidants and cabinet enablers believe he’s unfit to be president of the United States.

No need to go through all the striking highlights from the book; many writers have already done a good job of trying to make sense of trumps dysfunctional White House. It’s really not surprising that trump’s collection of political misfits has forever stained the Republican party. The personnel turnover of toxic personalities is unprecedented by anyone’s standards; almost four dozen of trump’s “best and brightest” will have exited his administration in just the first year.

We’ve all encountered people that thrive on endless criticism and abuse of underlings or associates. And you just know they would no doubt bum rap you as soon as your back was turned. But trump is in a class by himself. When things go bad and the heats on, he blames everyone but himself. And if things go well, he’s quick to take full credit. Trump takes credit for the sun rising in the East; how can anyone work for this egomaniac. And we’ve all seen organizations that are dysfunctional and toxic from top to bottom; and that ebbs and decays from the person at the top.

trump and his family and business practices have never been held accountable by anything resembling a board of directors. And that apparently will continue, considering the republi-con apparatchiks in congress, who refuse to honor their oaths of office and the constitution by turning a blind eye to this incompetent and conflicted cabal. This “best” businessman and self described “genius”, who filed bankruptcy 6 times, cheated business partners and trump brand consumers, and failed at almost every business venture, except for his unethical or criminal enterprises, is continuing his ineptitude in our highest office.

trump will undergo a complete presidential physical exam this week; and many concerned Democrats and probably 75% of the public are pushing for an accompanying mental health evaluation. Putting aside his myriad of character flaws, there’s no shortage of professionals offering opinions on what’s wrong with trump’s brain, including learning disabilities, ADHD, dyslexia, dementia and or Alzheimer’s.

The really sad thing is, that in spite of all the tail winds that had to flow together for him to be elected president, trump still had to overcome enormous disabilities in order to get to where he’s at today. And if he would have just applied that talent, ignored his republi-con enablers, lived up to the promises he made to his voters and gone with the gut instincts he displayed during the campaign, he could have been a competent president. The opportunity was right there in front of him. The Democrats, and pretty much all of America, were ready, willing and able. But we’ll probably never find out because trump is his own worst enemy.

trump disregard’s any physical exercise as beneficial to good health, except for kicking his golf ball out of the rough and back onto the fairway and then careening about in a motorized golf cart. He definitively believes in “golf is a good walk spoiled” (Mark Twain). Apparently trumps three primary food groups are McDonald’s double cheeseburgers, Kentucky fried chicken and chocolate cake with vanilla ice cream. And since he doesn’t believe in an occasional alcoholic beverage to clear the cerebral cob webs, is it any wonder that all the little cognitive pathways of reason and comprehension and electrical circuits within trumps brain might be plugged up or shorted.

Mental health professionals frequently recommend that old folks should challenge their intellects with reading, writing, or any mind exercising games in order to postpone brain atrophy. But as usual, trump wasn’t paying attention. His main mental focus is watching mind numbing Fox and Friends. That trump relies on Fox News and conspiracy theorists as his primary source of information doesn’t bother his supporters, because they too rely on Fox for their daily dose of trumpian dogma. (with the exception of reality and fact based Shepard Smith Reporting)

Special Prosecutor Mueller’s team is getting closer to the oval office. Will trumps brain survive the mental gymnastics needed to navigate the legal and ethical minefields? And who in the West Wing will still be standing when all the smoke clears? And will the dislodged linchpin that sinks trump inc. come from his double dealing business conflicts, the Russian collusion, the money laundering or obstruction of justice?

Vladimir Putin must be amazed at what his operatives were able to accomplish. And to boot, he could never have imagined that an American president, his entire administration and the republi-cons in congress would vigorously defend Russia’s cyber war against our democratic institutions.

These Republican traitors are willing to disregard their oath of office, our constitution and the best interests of the American electorate in order to cover-up the Russian intervention and their political conspiracy and collusion. They will attack true American patriots, and intelligence agents from our European allies like Christopher Steele, who felt alarmed enough to dial the FBI’s 911 hot line.

And why have Senators Graham and Grassley flipped their loyalties and thrown in with the Kremlin defenders by going after Steele instead of the Russian interlopers? How deep does this tangled conspiracy run? Senator Feinstein felt compelled to release, against Republi-con objection and obstruction, the transcript of Fusion GPS Founder Glenn Simpson’s testimony before the Senate Judiciary Committee, who was clearly alarmed at what Steele had discovered.

Vice President Pence, trump’s cabinet and the Republicans in congress have chosen to ride down on the Trumpdenburg; they’re 60 meters above reality and don’t have an escape ladder. But they’re taking the survival of their entire party down with them. Oh, the humanity!