An update on the climate crisis. 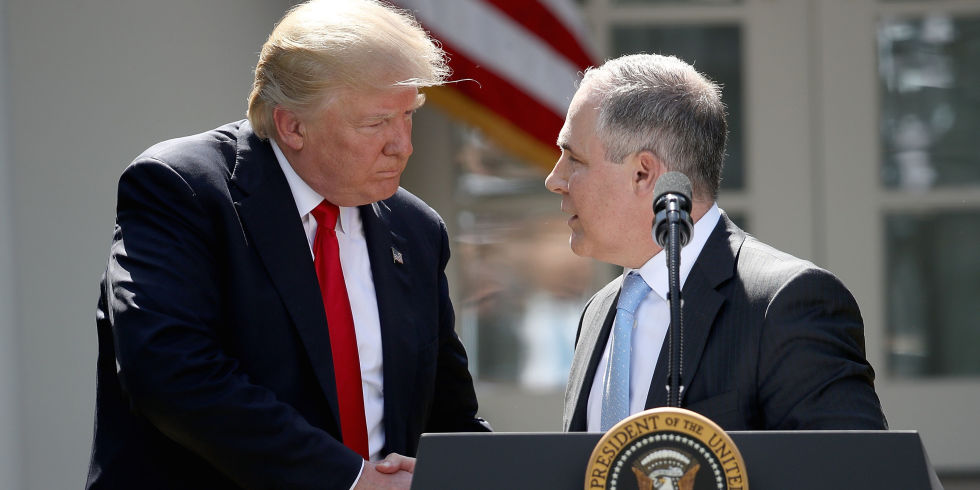 You may have missed it during all the events of the past week, but New Orleans is drowning again. For the second August in a row, the city was hit with a massive rain event. The pump and drainage systems were damaged and nobody discovered it until they utterly failed when the storm broke over the city. The power to the pumps failed for several crucial hours. From the Times-Picayune:

“For now, New Orleans is teetering on a ledge. Its drainage pumps on Friday (Aug. 11) were still running on their last backup power source. Sixteen of the city’s 120 pumps are out of commission all together. Misinformation spread by the Sewerage & Water Board damaged the public trust even further. As Mayor Mitch Landrieu and other city officials struggle to make repairs and right the ship, the crisis again raises the tenor of an ongoing conversation about better ways for New Orleans to manage its relationship with water.”

It was only a year ago that two storms collided over the city and dropped more rain on New Orleans than Hurricane Katrina had. Some 30,000 people had to be rescued. Thirteen people died.

[Within two days of the floods, a team of researchers began studying whether the rainfall was more likely because of climate change driven in part by the greenhouse gas emissions that human beings have been pumping into the atmosphere since the start of the Industrial Age. The method behind such studies, called “attribution science,” is only about 10 years old. “A few years back this wouldn’t have been possible,” said Karin van der Wiel, a research scientist with Royal Netherlands Meteorological Institute and one of the researchers that conducted the analysis. The team found that the mid-August 2016 rain in Louisiana was at least 40 percent more likely to occur now than in pre-industrial times. “Our best estimate is a doubling of odds,” van der Wiel said. “That change is purely because human beings put so much more greenhouse gases in the air.”]

New Orleans Mayor Mitch Landrieu pushed back a little at a suggestion that the climate crisis was to blame for this year’s flooding, but the fact remains that coastal cities in the United States are in substantial peril because of that crisis. It’s easy to scoff at New Orleans, and to blame bad management and the customary corruption. However, at the end of July, a report was issued that stated plainly that Tampa Bay is woefully unprepared to handle a direct hit from a major hurricane, and that the damage that would ensue would be greater than that levied by Katrina. From the Washington Post:

“A Boston firm that analyzes potential catastrophic damage reported that the region would lose $175 billion in a storm the size of Hurricane Katrina. A World Bank study called Tampa Bay one of the 10 most at-risk areas on the globe. Yet the bay area — greater Tampa, St. Petersburg and Clearwater — has barely begun to assess the rate of sea-level rise and address its effects. Its slow response to a major threat is a case study in how American cities reluctantly prepare for the worst, even though signs of impacts from climate change abound all around. State leaders could be part of the reason. Republican Gov. Rick Scott’s administration has reportedly discouraged employees from using the words “climate change” in official communications. Last month, the Republican-controlled state legislature approved bills allowing any citizen to challenge textbooks and instructional materials, including those that teach the science of evolution and global warming.”

We are unprepared because we are a nation of idiots that keep electing (and re-electing) idiots and the oceans don’t care. Luckily, however, we have energy industry sublet Scott Pruitt running the EPA, and, as the New York Times tells us, things are going about as well as expected there.

“Mr. Pruitt, according to the employees, who requested anonymity out of fear of losing their jobs, often makes important phone calls from other offices rather than use the phone in his office, and he is accompanied, even at E.P.A. headquarters, by armed guards, the first head of the agency to ever request round-the-clock security. A former Oklahoma attorney general who built his career suing the E.P.A., and whose LinkedIn profile still describes him as “a leading advocate against the EPA’s activist agenda,” Mr. Pruitt has made it clear that he sees his mission to be dismantling the agency’s policies — and even portions of the institution itself. But as he works to roll back regulations, close offices and eliminate staff at the agency charged with protecting the nation’s environment and public health, Mr. Pruitt is taking extraordinary measures to conceal his actions, according to interviews with more than 20 current and former agency employees.”

“His aides recently asked career employees to make major changes in a rule regulating water quality in the United States — without any records of the changes they were being ordered to make. And the E.P.A. under Mr. Pruitt has moved to curb certain public information, shutting down data collection of emissions from oil and gas companies, and taking down more than 1,900 agency webpages on topics like climate change, according to a tally by the Environmental Defense Fund, which did a Freedom of Information request on these terminated pages.”

Apparently, the drainage systems in The Swamp are malfunctioning as well.