Vladimir Putin has been described as “the biggest war criminal of the 21st century” amid allegations Russia used rape as a tactic of war during its invasion of Ukraine.

Russia has been accused of widespread atrocities since attacking its neighbour in February, with Ukraine saying it was investigating around 7,600 potential war crimes and at least 500 suspects.

“Putin is the biggest war criminal of the 21st century,” she said, recalling Russian military interventions in the former Soviet republic of Georgia, Russia’s Chechnya region, Syria and in Ukraine in 2014.

“If we speak about (the) crime of aggression, we all know who started this war, and this person is Vladimir Putin,” she added. 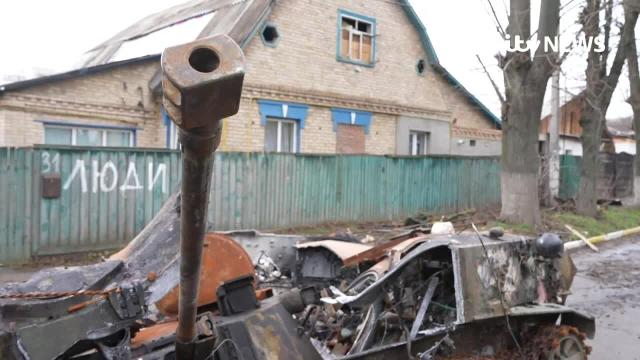 Venediktova and her team have in the last few weeks been evaluating sites where atrocities have allegedly taken place, including where Russian troops have recently withdrawn.

On 12 April, Venediktova visited Bucha, near Kyiv, where French forensic experts had arrived to help Ukraine authorities establish what happened in the town where hundreds of bodies were discovered.

Bucha’s mayor said dozens were the victims of extra-judicial killings carried out by Russian troops.

Lyudmyla Denisova, the Ukrainian parliament’s human rights commissioner, added 25 women and girls, aged from 14 to 24, had called a helpline reporting they had been raped in Bucha.

Read more: What is a war crime? Russia investigated over actions in Ukraine

While visiting the devastated city of Irpin near Kyiv, Venediktova said allegations there included the rape of women, men, children and an old woman.

When asked whether rape was a deliberate Russian strategy in the war, she said: “I am sure actually that it was strategy.

“This is, of course, to scare civil society… to do everything to (force Ukraine to) capitulate.”

Venediktova provided no specific details of the rape allegations, saying some of the victims remained in Ukraine and were afraid of speaking out for fear of Russian forces returning.

Venediktova is in charge of the effort to gather evidence across Ukraine of alleged atrocities committed by Russia so it can be used in prosecutions at a later date.

Moscow denies committing war crimes in Ukraine or targeting civilians during a war that has killed thousands, devastated many cities and towns and forced five million people to flee abroad.

Russia has accused Kyiv of genocide against Russian speakers, which Kyiv strongly denies. 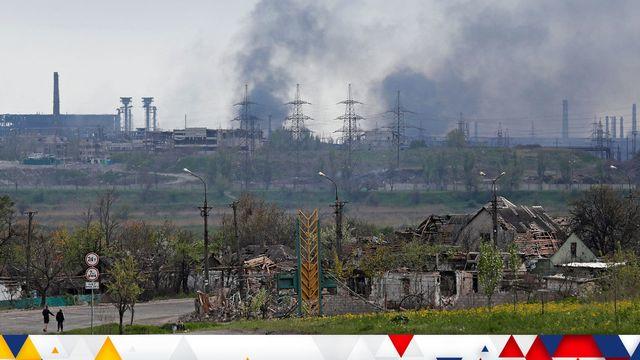 Russian forces have begun storming the besieged Azovstal steelworks in Mariupol – as survivors reached safety and began to tell their stories.

On Tuesday, Russian troops shelled and bombed the Azovstal steel plant in Ukraine’s southern port city of Mariupol, confirming earlier reports of strikes on the encircled plant, where the mayor said more than 200 civilians were still trapped.

According to the RIA news agency, Russia’s defence ministry said its forces had started to destroy Ukrainian firing positions established after a UN-brokered ceasefire had allowed several groups of civilians to escape the plant in the previous two days.

Mariupol is a major target for Russia as it seeks to cut Ukraine off from the Black Sea and join up Russian-controlled territory in the south and east.