SNAP program reduces poverty better than anything else, with very little fraud 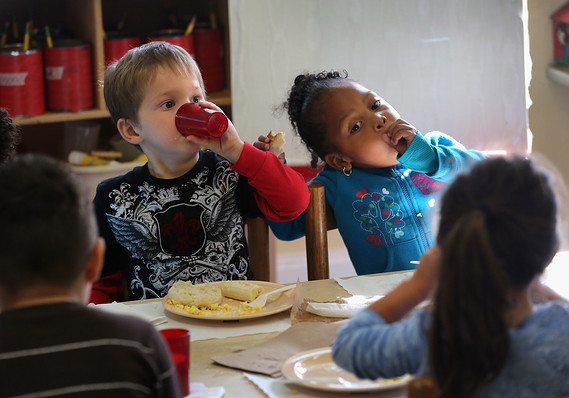 A half a million kids will lose their school lunch assistance if the Trump administration changes the rules for food stamps.

Under new changes proposed by the Trump administration, over 3 million struggling parents, children, people living with disabilities, and older American may lose access to food stamps, also known as the Supplemental Nutrition Assistance Program (SNAP). Children in families who are slated to lose their SNAP benefits will also lose critical school-lunch assistance.

The Trump administration wants to eliminate an eligibility criterion known as broad-based categorical eligibility (BBCE), which enables states to expand access to those in need of food assistance based on other programs they qualify for.

By eliminating it, the administration is effectively creating a benefits cliff, where a parent’s small raise at work — or a modest amount of savings — could end up disqualifying a family from SNAP entirely. That leaves them poorer for getting a raise or saving money, or else puts them at risk of their food aid falling through the bureaucratic cracks.

Trump and the Republicans attempted to get this reduction in the nation’s most effective social safety-net program rammed through Congress last year — and failed. They also failed in their attempt to significantly defund the program. So now Trump is attempting to reduce food access to families in need via executive fiat.

SNAP reduces poverty more simply and directly than nearly any other program. Because it’s responsive to the overall economy, it expands during economic downturns and contracts when poverty levels fall. This enables people to weather temporary economic hardship, stay above the official poverty level, and gets money more quickly into the economy.

It also literally puts food into children’s mouths, while their parents work and save.

Why would the administration want to take critical food assistance away from children and families who need it? The administration has claimed ineligible people are using the program, perhaps fraudulently. But that’s unlikely.

Looking at figures through 2016, Forbes contributor Simon Constable calculated potentially fraudulent SNAP expenditures at under 1% of the cost of the program — a minuscule amount compared to behemoth agencies like the Pentagon, which can’t even pass an audit, and which nonetheless keeps getting budget increases.

SNAP, by contrast, “has some of the most rigorous program integrity standards and systems of any federal program,” adds Robert Greenstein of the Center of Budget and Policy Priorities, including for recipients who qualify by their participation in other programs.

According to the center, SNAP is one of the most effective economic stimulators per federal dollar spent of any program. During the economic downturn of 2009, for example, Moody’s Analytics estimated that for every dollar increase in SNAP benefits that year, $1.70 economic activity was generated.

Further, the administration has repeatedly claimed — also falsely — that poverty is all but solved.

According to research by the Poor People’s Campaign and the Institute for Policy Studies, 140 million Americans are either poor or low-income. In this wealthiest nation on the planet, even as more wealth concentrates at the top, some 43% of us struggle to make ends meet — a number that far outpaces the official poverty measure, not to mention Trump’s mis-characterization of it.

Our social safety net, which includes assistance for basic needs such as housing, health, and nutrition, is insufficient and under attack.

The impact of this neglect on the health and well being of our children, in particular, reverberates through our entire economy.

Our report compiles reams of data on the enormous economic costs of child poverty, such as the Children’s Defense Fund’s estimation that the economic cost of lost productivity, worsened health, and increased crime rates that stem from child poverty total roughly $700 billion per year — 3.5% of GDP.

Strengthening SNAP is key to reducing this damage. So on economic grounds alone, the Trump proposed rule change to kick millions struggling children, families — and not to mention people living with disabilities and older people — off critical food assistance makes no sense. On moral grounds, it’s indefensible.

As the Rev. Dr. William Barber and the Poor People’s Campaign often says, “Everybody’s got the right to live.” That right belongs to America’s 140 million poor and low-income people, including the 3.1 million children and families experiencing hardship that rely on the nutritional assistance provided by the SNAP program.

Karen Dolan directs the Criminalization of Race and Poverty Project at the Institute for Policy Studies. She’s a co-author of the IPS-Poor People’s Campaign Report, “A Poor People’s Moral Budget: Everybody Has the Right to Live.” The IPS is funded by private foundations and individual donors.