For most of his life, Donald Trump has managed to stay a step ahead of the courts, the cops and the accountants. Two years into his presidency, however, he appears to be nearing a crossroads of accountability. Reports flew this week that special counsel Robert Mueller was preparing to close up shop. Former Trump crony Michael Cohen, meanwhile, is scheduled to give testimony to three congressional committees in the week ahead.

Trump’s chickens – or a portion of the flock, at least – might be returning to the roost, in the form of damning evidence revealed by Mueller or sworn testimony by Cohen about the hidden conduct of his former boss. Either development could set in motion legal or congressional proceedings that threaten Trump in new ways, although former federal prosecutors and analysts interviewed by the Guardian said the public might not immediately learn the gist of Mueller’s report, whenever it is delivered.

Alex Whiting,  a Harvard law professor and former prosecutor on the international criminal court, said a conclusion of the Mueller investigation would “open up space” for congressional inquiries to take the lead, “and that would start a whole new phase of this information becoming public and being investigated”.

Former federal prosecutor Patrick Cotter said that while he doubted a full Mueller report would be made public soon, if ever, he thought it likely any report would spawn further investigations by other prosecutors and significant congressional activity.

“Congressional action is not sort of an, ‘Oh, by the way,’” Cotter said. “That’s what the Watergate special prosecutor was all about. And so I think yes, other people, including Congress, other entities could take information either directly from Mueller, or from whatever summary is released, and use that to at least launch follow-up investigations.”

Democrats in Congress have not signaled whether they intend to open impeachment proceedings. That decision could be swayed in either direction by Mueller’s report, analysts said. But apart from impeachment, extensive public testimony by a figure such as Cohen, who prosecutors have said was directed by Trump to break the law, could fundamentally shift the way the public sees the Trump presidency.

The chairman of the House oversight committee, before which Cohen is scheduled to appear on Wednesday, has promised to interrogate him about “the president’s debts and payments relating to efforts to influence the 2016 election”, Trump’s tax-paying and business habits, and other topics.

None of those topics has been publicly explored before by someone with firsthand knowledge of Trump’s actions. But as Trump’s guard dog and gofer for nearly a decade, Cohen is well positioned to shed light on those and other matters, including for example the question of who helped Cohen concoct a false story about a Trump project in Moscow, which Cohen previously admitted to lying about.

Barb McQuade, a University of Michigan law professor and former US attorney, rattled off a half-dozen questions for Cohen – about Trump Organization efforts to build a tower in Moscow, about illicit payments to women in advance of the 2016 election and about reports Cohen traveled to Prague during the campaign.

“I would want to know from him if he had any knowledge of the Trump Tower meeting of June 2016” between campaign officials and Russian operatives, McQuade said. “Either what he witnessed, or what he heard discussed.”

‘Boy, this sure is a hard one’

Analysts in general advised caution against reports that Mueller was concluding his work. Former prosecutors also disagreed about what a Mueller report was likely to contain, with some expecting Mueller to recommend further indictments and others thinking he would unseal any such indictments himself.

Andy Wright, a former counsel to the House oversight committee and the founding editor of the Just Security blog, said that while it appeared certain strands of Mueller’s investigation had yet to be tied up, Mueller could be nearing the conclusion of his core mission: to investigate Russian election interference and related matters.

Whiting said the next phase of investigations could be guided by one of a few different narratives which a Mueller report, the timing of which Whiting emphasized was up in the air, might advance.

“There have been kind of three buckets of this investigation,” he said. “There’s the Russian collusion part, there is the obstruction of justice, and then there are the other crimes that have been churned up by this investigation, including for example the campaign finance violations that Cohen pled guilty to for paying off the women to be silent.

“The thing we’ll be looking for with this report is whether the report pushes forward all of those buckets, or one, or shuts down one.”

Mueller must submit his report to the newly installed attorney general, William Barr, who has discretion over what to do with it. Trump called Barr “my first choice from day one” to replace the acting attorney general Matthew Whitaker. The handoff comes amid broader turnover at the justice department, with the deputy attorney general Rod Rosenstein, who has overseen Mueller from the beginning and vowed to see it through its conclusion, telling colleagues he will leave next month.

McQuade said that when and if the Mueller report lands, all eyes will be on Barr.

“I think there’s somewhat of a mystery about how he’ll handle” the report, she said. “Barr did say in his confirmation hearings that he will try to maximize transparency and to make as much of the report as transparent as possible.”

Cotter said: “There are legitimate arguments for keeping at least some portions of such a report confidential.

“And the biggest reason is because if it contains information about anybody that does not lead to Mueller making the argument that criminal charges are justified and should be brought, then there is a significant justice department policy that says that in those circumstances generally you shouldn’t release that, because that would be unfair.” 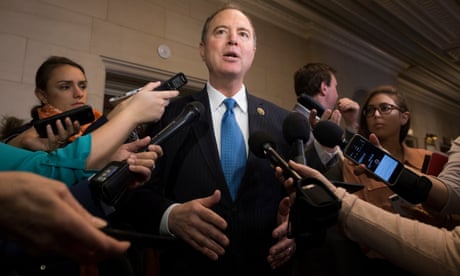 Will Adam Schiff pose a bigger threat to Trump than Robert Mueller?

But the significant public interest at stake will make it crucial for the report to be released, Wright said: “The overwhelming interest here is in disclosure, for the American people to be able to make choices both at the ballot box, but also in Congress.

“Everyone’s going to be able to second-guess the prosecutors’ discretion and decisions about how to pursue the investigation. But boy, this sure is a hard one, given all the extra atmospherics, and I’m pretty impressed with how far they’ve come.”

“It’s enormously consequential,” Whiting said. “People around the president have been indicted and convicted. It has raised at least the possibility of impeachable offenses. And in order to clear the air and resolve all those issues, it’s going to have to be public.”

At this critical time for America …

… a free press, an independent judiciary and empowered citizens are essential to keeping our democracy strong. Journalism has played a vital role in exposing lies and revealing the truth during the Trump presidency. But The Guardian needs support from readers like you to continue this important work.

More people, all around the world, are reading and supporting The Guardian’s independent, investigative journalism. And unlike many news organisations, we have chosen an approach that allows us to keep our reporting accessible to everyone, regardless of where they live or what they can afford.

The Guardian is editorially independent, meaning we set our own agenda. Our journalism is free from commercial bias and not influenced by billionaire owners, politicians or shareholders. No one edits our editor. No one steers our opinion.This is important as it enables us to give a voice to those less heard, challenge the powerful and hold them to account. It’s what makes us different from so many other media organisations, at a time when factual, honest reporting is critical.

Every contribution we receive from readers like you, big or small, goes directly into funding our journalism. This support enables us to keep working as we do – but we must maintain and build on it for every year to come.

This is The Guardian’s model for open, independent journalism
Our mission is to keep independent journalism accessible to everyone, regardless of where they live or what they can afford. Funding from our readers safeguards our editorial independence. It also powers our work and maintains this openness. It means more people, across the world, can access accurate information with integrity at its heart.
Support The Guardian