While out in public these days, I feel uncomfortable when people look askance my way. What are they really thinking? Yes, I’m a white man similar in age to Donald J. Trump but please don’t put me in the same class. All old white men are not as humanly toxic and morally and mentally crippled as our commander in chief *.

I (We) would not, under any circumstances, engage in or entertain treasonous conspiracies with foreign evildoers attempting to undermine America’s democratic principles, just to benefit our own families, friends or contributors financially, or to support some political ambition.

Although our memories falter at times, we don’t all speak with such caviler disregard for the truth like this entire Trump administration. We keep our promises; its call integrity.

We believe that our free and fair press and media is not fake news and is absolutely necessary for a viable democracy. 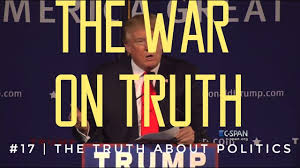 We would not jeopardize America’s environment, its national public treasures or our children’s and grandchildren’s future, in order to reward political donors from the fossil fuel and mining industries. 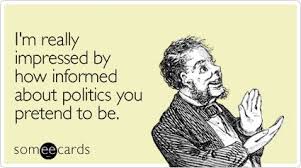 And just because we have to get up a few times during the night to pee, most old men don’t stay up nights devising tweets aimed at spreading crazy fringe conspiracies, supporting racist or white supremacist groups or ideas, or denouncing anyone who would disagree with us, like Trump does when people criticize his hair-brained ideas.

We don’t conspire to divide America into them and us and we don’t denigrate  immigrants, people of color, other religions or the LGBT community. 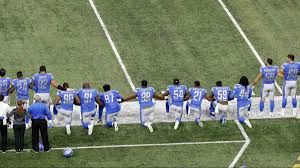 We don’t view all women as objects to be judged or demeaned or sexually abused. And we do not champion political candidates who prey on or sexually abuse underage children, no matter how it may benefit our own goals. Is Judge Roy Moore’s reliable Senate vote really worth the hit to the GOP’s already damaged reputation?

We wouldn’t propose a bull-crap tax reform scam like this Senate Tax Bill that actually transfers a trillion dollars in wealth from the poorest of Americans and the middle-class to the richest special interests, most of whom have already prospered greatly in the last 4 decades.

The Congressional Budget Office attempted a preliminary scoring on this bill and claim it will take 13 million Americans health insurance away and add almost $1.5 Trillion to the national debt.

Trump, the Republi-cons in congress and Treasury Secretary Steve Mnuchin claim the bill will pay for itself, and have attempted to persuade skeptical Republican Senators that dynamic and not the CBO’s static scoring will prove their magic tax bill is the  prescription for a blooming economy. They claim it will trickle down to every American, but their trickle down tax bill is really more like Trump’s Russian pee tape. 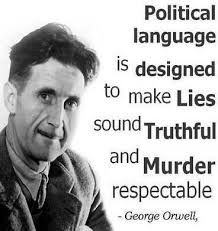 They claim Multi-national Corporations will jump at the chance to bring back the mountains of cash they have squirreled away offshore over the last 2 decades and will miraculously invest this bounty in new plants and equipment and give their employees thousands in increased wages, instead of their usual MO of buying back their company’s stock in order to plump-up top executives stock portfolios, and then dole out what’s left to stock-holders. Corporations are already releasing statements claiming any such tax benefits will go back to their investors. 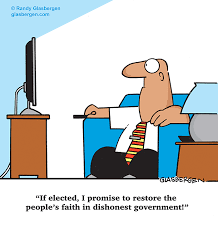 They claim the bill will somehow create millions of new jobs, even though economic experts claim America is at full employment. Anyone looking for a job has dozens to choose from. The only problem is the crappy wages most employers consistently refuse to increase. We don’t need bogus stimulants for the economy, we need employers willing to share their new found wealth with their loyal employees. But good luck with that.

Secretary Mnuchin kept promising deficit hawk Republican Senators that he had 100’s of treasury department employees working around the clock analyzing the bill and would show them a favorable score before they had to cast their vote. As it turned out, not one single employee was working on any such analysis. Mnuchin was blowing smoke up their butts and can’t deliver the promised numbers to support this obvious scam. The Inspector General of the Treasury is now investigating whether Mnuchin was a bold face liar or just incompetent.

The Republicans were promising another favorable score from the Joint Committee on Taxation, but they just revealed the bill would cause a one trillion dollar loss to the treasury with very little benefit to the economy. The bill would explode the debt by $1 trillion, increase the GDP by only .8%, increase job growth by a meager .6% and only cut taxes for the middle class by 1%. Is it any wonder this bogus tax scam is the most unpopular in history with only 28% approval. A massively unpopular tax cut bill; simply unbelievable!

Senator’s Corker, McCain, Flake, Johnson and others must feel like fools for believing these flim-flam sharks. They’re now demanding the deficit be reduced from 1 trillion to 500 million. On his MSNBC program last night, Lawrence O’Donnell replayed a video of Sen. John McCain explaining the reason he voted against the Bush tax cuts, was because it would blow up the debt for no credible benefit. Which Senator John McCain will vote on this bill, the sensible deficit hawk or the one willing to take health care away from 13 million Americans, some of which are fighting cancer just like McCain?

These Republi-cons are not credible leaders capable of legitimate legislation. Trump has failed like no President in history in hiring the best and the brightest. He has fired or lost, in only one year, more of his best and brightest than the last 5 or 6 presidents combined.

Unlike Trump, who pisses money away like it going out of style tomorrow, on gold plated everything, I’m an old school, true fiscal conservative. I (we) would not add trillions of dollars to the national debt just to give millionaires, billionaires and very prosperous multi-national corporations, unnecessary tax cuts.

I would not create a fiscal crisis by starving the federal treasury with these tax cuts, which will not only jeopardize and cripple many state government budgets, but will allow the Republi-cons in congress to do a 180 degree flip and cry about the escalating debt they just caused. The ink from Trump’s cut, cut, cut pen will be barely dry, when these slavish miscreants will push legislation aimed at cutting the Medicaid, Medicare, Social Security and other entitlement programs for America’s poor and middle-class. And the Paygo provisions in the bill would automatically cut from these programs as the national debt increases.

I (we) would also not engage in money laundering schemes with foreign governments, foreign despots or criminal syndicates, who steal from their fellow citizens, no matter how much of a financial windfall we would reap.

The 30 percent of voters who still stand by this Trump cabal of incompetent, unpatriotic evildoers, will sooner or later have to admit they threw in with the wrong saviors. The healers were right in front of them all along. They constituted the diverse democratic party, who pulled us out of a deep recession and repaired the economy after the Republi-cons crashed it in 2008 and also the principled moderates in the GOP, before they were expelled from the party by these ult-right tricksters. 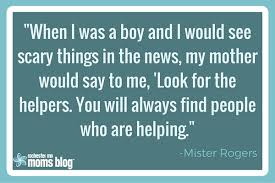 No matter how dire America’s future looks, there are countless folks in our governments who are principled, honest, competent, fiscally proficient and capable of bipartisan legislation. 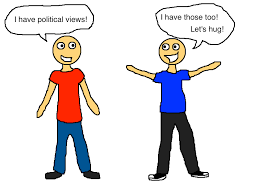 America has relied on a two party political system to steer it through centuries of democratic progress and middle-class prosperity. Past Presidents and Conservatives like Eisenhower, Nixon, the Bushes and even Regan would not be welcomed or elected by these Republi-cons.

Who will pick up the pieces of the Grand Old Party; will there be enough healers left to reconstitute a valid political opposition?

George W. Bush, Trump, myself and Bill Clinton were all born within a few months of each other; born in the first year of the baby boom. We were blessed with a fantastic new beginning after the nation survived a depression and world war. America was primed for an unprecedented period of prosperity, driven by industries getting back to their non-military business and a burgeoning middle-class of returning veterans, returning to school, ready to start families and building homes.

Employers were desperate for these loyal veterans and willing to pay good wages and ample benefits, including fully paid health insurance with small co-pays and deductibles. And the organized labor movement was growing by leaps and bounds. But what drove that bountiful economy was not a bogus tax cut sham for the already wealthy, but a concerted effort by state and federal governments passing legitimate legislation aimed at those who needed help the most. The G.I. bill, which supported education and housing, corporations willing to share their wealth, a healthy organized labor force, and expanding families drove that remarkable prosperity, something these Republi-cons just don’t get.