Pebble Mine is a poison pill for Alaska’s wild salmon 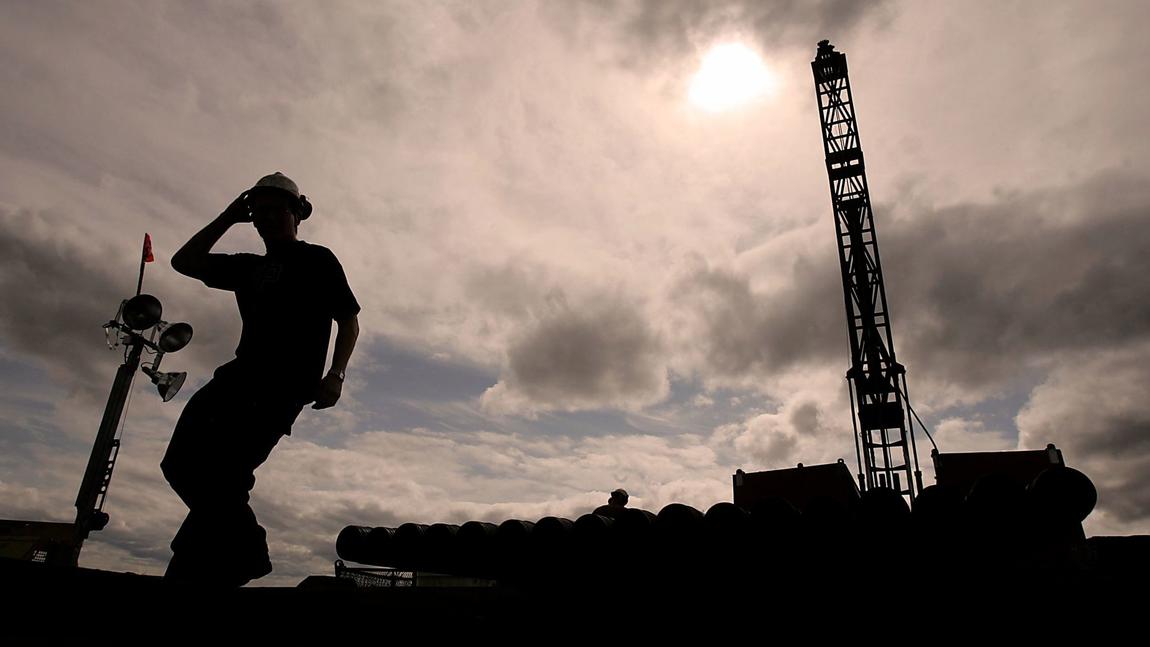 An employee of Northern Dynasty Mines Inc. mans a drilling rig in the Pebble Mine East site near the village of Iliamna, Alaska on June 6, 2007. (Los Angeles Times)

The Bristol Bay watershed, in southwest Alaska, comprises 40,000 square miles of bogs and evergreen forests, rimmed by distant mountains and shimmering with rivers and feeder streams. In these waterways, miracles happen. Together they sustain the largest remaining salmon fishery on Earth.

For more than a decade, a Canadian mining company, Northern Dynasty Minerals, has wanted to gouge one of the world’s largest gold and copper mines into the heart of the watershed, putting its rivers on a centuries-long poison drip. The company has failed to move forward with the project, known as Pebble Mine, due to intense and sustained opposition. It has also been burdened by proposed restrictions recommended by the Obama-era Environmental Protection Agency — the result of a four-year review.

But President Trump’s EPA administrator, Scott Pruitt, has rejected his agency’s review and moved to withdraw its proposal to impose restrictions on the mine, thereby reviving the company’s prospects for federal permitting. Pruitt is poised to take this action imminently, showing a flagrant disregard for the public’s overwhelming opposition.

Alaskans understand that the Pebble Mine is a death wish: 65% of the state’s residents oppose it.

If Pruitt wins, we all lose. The Bristol Bay watershed generates half the world’s remaining wild salmon, including five species: the scarlet sockeyes, the hard-charging kings, the silver coho, the humpbacked pinks and the placid chums. Together the salmon support 14,000 jobs and generate $1.5 billion annually.

Last year alone, 60 million wild salmon surged into the watershed, drawn to its many rivers by faintly remembered scents. This year, on two separate occasions, fishermen caught more than a million fish in a single day. Records were shattered, and several boats became so overloaded that they actually sank.

Nowhere else in the modern world does the landscape grant so much food. You’d think everyone would realize the place is sacred. To Native people, it is — literally.

Salmon perform a kind of alchemy. Although they live most of their lives in the ocean, hundreds of miles from the coastline, they shelter their young from the open sea by hiding them in rivers. In so doing, they bring the nutrients of the ocean to us. Those that get past the fishing nets bring nourishment further uphill, against gravity, to feed eagles and bears and fertilize the forests that shade the streams, which in turn produce more salmon, supporting more communities.

This embarrassment of riches could last an additional few thousand years, or it could be destroyed. Alaskans understand that the Pebble Mine is a death wish: 65% of the state’s residents oppose it; in the Bristol Bay region, that number grows to more than 80%. The opposition includes recreational fishermen, owners of tourist lodges, the Bristol Bay Native Corporation, which is the largest private landowner in the region, and most commercial fishing communities.

It took the Obama administration EPA four years to study the question of how the Pebble Mine would affect the Bristol Bay watershed, ultimately concluding that putting an open-pit mining operation there would be profoundly reckless. The EPA said the mine would produce billions of tons of toxic waste that could not be reliably contained; that it would remain poisonous to water and wildlife for centuries; that it would pose “catastrophic” risks to salmon and other seafood; and that the generative value of the watershed exceeded the value of the mine. The agency proposed significant restrictions. Northern Dynasty’s corporate partners abandoned the project, and the company’s stock plunged 90%. Yet it took Pruitt only one hour with the CEO behind the mine, Tom Collier, to decide last May that the EPA should scrap its review.

We have already destroyed what had previously been the largest salmon complex in the world, the Columbia River system. Global warming, dams, the logging industry and pollution are continuing to debilitate salmon. Farms in British Columbia breed Atlantic salmon, which infest young native salmon with lethal parasites. The resident killer whales of the Pacific Northwest are starving because of salmon destruction.

All that has been lost along the coastline south of Alaska remains fully functioning in the Bristol Bay watershed. There is no simple route to stopping the Pebble Mine — it will take lawsuits, activism and sustained opposition at the state and federal levels — but it must be stopped. It sacrifices too much. The Bristol Bay watershed needs to be protected, its rivers and salmon unspoiled.

Carl Safina is a professor of journalism at Stony Brook University and the founder and president of the Safina Center. Joel Reynolds is western director and senior attorney at the Natural Resources Defense Council.