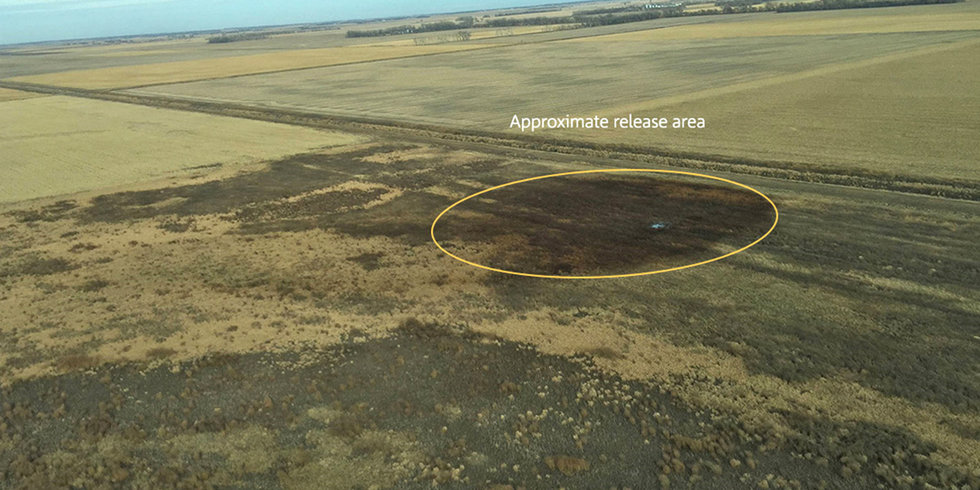 The Nov. 16 incident was already considered the largest spill in South Dakota, but its new estimate makes it the seventh largest inland spill in the whole U.S. since 2010, the South Dakota publication noted.

TransCanada shut down the 590,000 barrel-per-day pipeline, which runs from Alberta to refineries in Illinois and Texas, immediately after detecting a pressure drop in their operating system. Operations restarted about two weeks later. Federal investigators said construction damage when the pipeline was built in 2008 was likely to blame.

Repairs and cleanup efforts have since been made. The Calgary-based energy company said there was no impact to groundwater based on its own sampling.

“We have replaced the last of the topsoil and have seeded the impacted area,” the TransCanada spokeswoman told American News.

“We need to stop all expansion of extreme fossil fuels such as tar sands oil—and we need the finance community to stop funding these preventable climate disasters—disasters for the climate, the environment and Indigenous rights,” Scott Parkin, Rainforest Action Network‘s Organizing Director, said then.

The leak occurred near the Lake Traverse Reservation, a region covered with wetlands and home of the Sisseton Wahpeton Oyate. Many of its tribal members were on the ground during the Dakota Access Pipeline protests.

“My greatest concern is the safety of my family, my kids, and grandkids, and really all the people in this area no matter what race or color, because we all need clean water to live,” Mike Peters, a Sisseton Wahpeton member, said then. “The water and the land is important to us because everything has a spirit, and when anyone’s spirit is covered in oil it saddens all of us.”

TransCanada’s existing Keystone pipeline has gushed a significant amount of oil three times in less than seven years. That’s a much higher rate than the company predicted in its risk assessments provided to regulators, Reuters reported.