Even though the plan maintains a special tax break for homeowners called the mortgage interest deduction, other provisions of the framework would basically make it useless for all but the richest homeowners.

“This proposal will take away any tax benefit for owning homes for the vast majority of people who own homes,” said Gregg Polsky, a tax expert at the University of Georgia.

Mortgage interest and property tax deductions cost the U.S. Treasury more than $100 billion a year in lost tax revenue, expenditures that are bigger in dollar terms than any other housing program. The federal government spends about $50 billion annually on housing assistance for people with low incomes, an amount that still leaves millions of people on waitlists for rental assistance. The mortgage interest deduction, meanwhile, overwhelmingly benefits homeowners with incomes above $100,000. 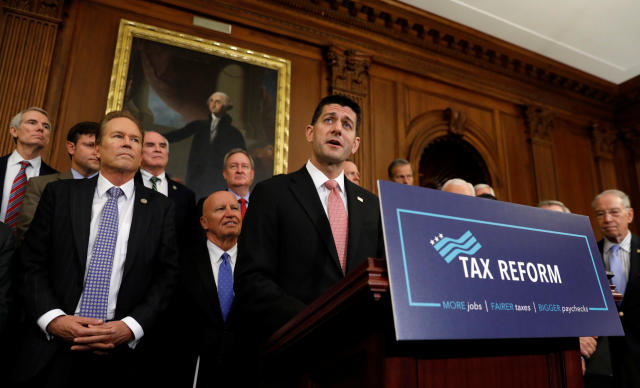 The National Association of Realtors, a powerful real estate lobbying group, commissioned a study earlier this year finding the proposal would increase taxes on middle- and upper-class homeowners and reduce incentives for homeownership, thereby shrinking home values by about 10 percent.

“Plummeting home values are a poor housewarming gift for recent homebuyers and a tremendous blow to older Americans who depend on their home to provide a nest egg for retirement,” NAR President William Brown said in a press release this week.

Lower housing prices can be bad for homeowners but good for renters, roughly a third of whom deal with unaffordable rents, according to the Joint Center for housing Studies at Harvard University. Most American households are owner-occupied, though ownership rates have declined from a high of 69 percent in 2004 to 63 percent today.

The Republican tax reform outline actually maintains the mortgage interest deduction, but other parts of the plan seriously undermine it.

“They really leave it in name only,” Polsky said.

The doubled standard deduction would not necessarily be a better deal for all middle-class families, however. The Republican plan also calls for eliminating the “personal exemption,” which allows taxpayers to deduct $4,050 per family member from their taxable income. Some families with multiple children would benefit less from the higher standard deduction than they currently do from being able to claim multiple personal exemptions.

In other words, the Republican tax plan could hike taxes on some middle-class families, a possibility one presidential adviser has acknowledged. And some Republicans in Congress are already chafing at repealing the deduction for state and local taxes. It’s unlikely that the tax framework released this week can get through Congress without a lot of changes.