Horror of Being Governed by ‘Fox &
Friends’ 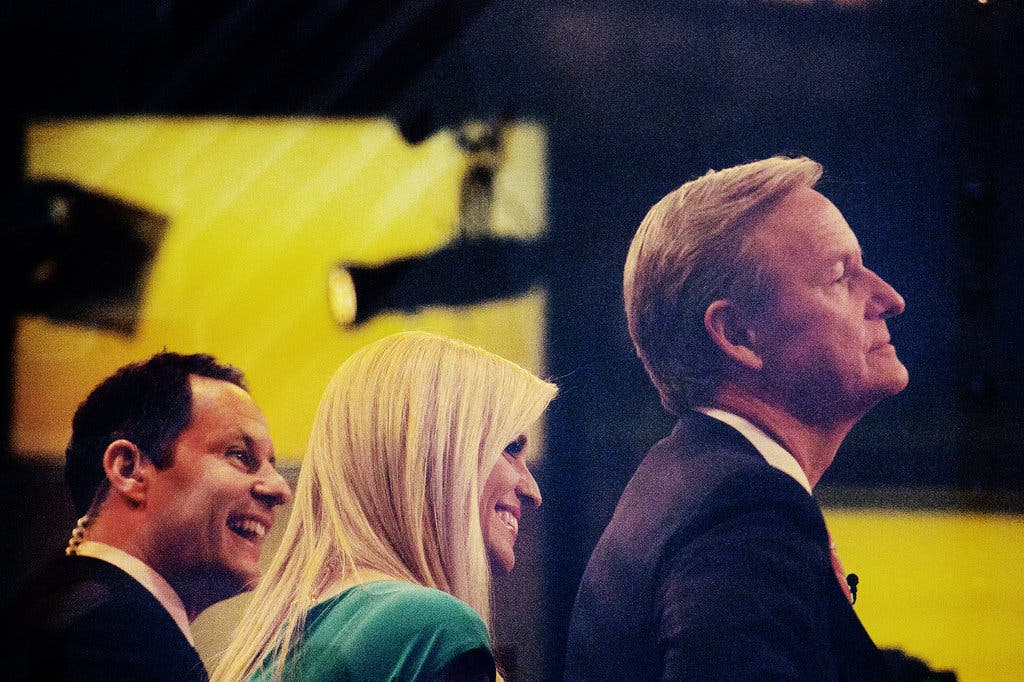 During the early days of the Obama administration, I did a few appearances on “Fox & Friends.”

The conversations were predictably shallow, tilted and exploitive. The hosts had a particular knack for asking the idiotic with chipper earnestness, spewing venom through simpering smiles. There was, I felt, maleficence at work with a pretense of positivity.

I knew well that I was swimming in a shallow intellectual pool, and yet I told myself that I was doing yeoman’s work, doing my small part to try and correct misinformation and to reach those lost in Fox’s fog.

But I soon discovered that the show, and indeed the network, was beyond redemption.

I was simply being used to help give the show the appearance of fairness, impartiality and legitimacy, when it was anything but.

Appearing on Fox, I became part of the disinformation machine rather than hobbling it. So, I cut ties, stopped responding to their requests and stopped the appearances.

I never saw the show as anything more than a carnival, a propaganda tool for conservatives. I would never have thought that the show’s hosts would emerge as the most influential in American media, as the website Mediaite dubbed them.

Countless media outlets have written and talked about the strangely intense connection between Trump and the show.

As The Guardian put it, “The show manages to serve as a court sycophant, whispering in the ear of the king, criticizing his perceived enemies and fluffing his feathers.”

And the impact that the show is having on Trump is undeniable. Dan Snow, a master’s student at the University of Chicago, analyzed the president’s tweets and found that they are highly concentrated in the hours when the show is on.

As Politico wrote, Trump is “live-tweeting” Fox’s coverage. Vox noted that at times he seems to be tweeting precisely what he sees on the show, sometimes even using their exact language.

Indeed, a February analysis by The Washington Post found that of all the things that Trump has tweeted about since his inauguration, “Fox & Friends” ranked third, behind only Obama and tax cuts.

In fact, Trump had tweeted about the show roughly twice as often as about the stock market and roughly three times more often than about the border wall.

Trump’s Fox fixation isn’t benign or inconsequential — because, like him, the network has an aversion to the truth.

According to PunditFact, a project of the Tampa Bay Times and The Poynter Institute that checks the accuracy of claims made by pundits, of the statements on Fox that have been fact-checked, only 10 percent were rated true, while a full 60 percent were rated either mostly false, false or “pants on fire,” the worst possible rating.

The site did not do a separate analysis confined to “Fox & Friends,” but it has done three fact checks each on two of the show’s co-hosts: Brian Kilmeade and Steve Doocy.

In both cases, two statements were rated false and one rated “pants on fire.”

But these fact checks don’t even paint the full picture of how problematic this show is. Kilmeade once said on the show that “the Swedes have pure genes because they marry other Swedes,” and of Finland he said, “Finns marry other Finns so they have a pure society,” which was apparently better than America because, “We keep marrying other species and other ethnics.”

The intellectual giant who is Doocy once attacked SpongeBob for pushing a “global warming agenda.” He was accused in a lawsuit by former co-host Gretchen Carlson of engaging in a “pattern and practice of severe and pervasive sexual harassment of Carlson” in part by “refusing to accept and treat her as an intelligent and insightful female journalist rather than a blond female prop.”

This would all be silly trifle if in January the show didn’t mark its 195th month as the number one morning cable news program and if the president of the United States wasn’t taking cues from it.

In a way, America is being governed by the dimmest of wits on the most unscrupulous of networks. The very thought of it is horror-inducing.